Questions seeking recommendations for specific products or places to purchase them are off-topic as they are rarely useful to others and quickly obsolete. Instead, describe your situation and the specific problem you're trying to solve.

I'm looking for a source for the mating part to the proprietary USB connector on the Kinect, which includes standard USB signalling and power, and also the special 12V supply rail. The cable version of it comes on the dongle in the Kinect box, but it would be awesome to be able to have (or somehow fake) the PCB-mount one which is in the new 360.

Just to give an example of where I'm at, I note that of the nine contacts inside the Kinect connector, you actually only need to contact the ones on the side with the angled corner: 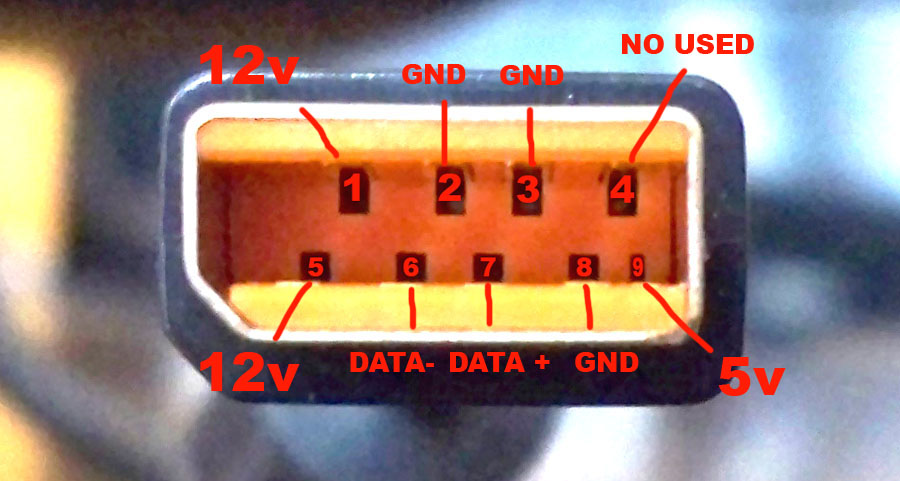 Would it be possible to simply put five mating stripes on a PCB, and then put a shim on the other side of it to make it the correct thickness? (It's actually extremely close to just being 2x PCB thickness.) Would just traces in contact be enough, or would it need to be an actual springy component? If so, is there one that the community could recommend? Bonus points for something that can be populated by machine.

Here's an example of someone who made one out of two butchered USB plugs. Anyone know how to buy pieces of USB connectors?

My Kinect was purchased separate from the newer XBox, and was designed to work with the older units that did not have this connector. As such, it has an adapter with the connector mating to what you have above, as well as a power supply and a standard USB connector. I would suggest sourcing this cable and using standard USB.

First link I found... Niking store has it for < 10 bucks and free shipping.

Not the answer you're looking for? Browse other questions tagged connector sourcing kinect or ask your own question.

0
Power Kinect from laptop (or another mobile power source)

2
What type of connector to use for pressure contact?
4
Connectorless MicroUSB or miniUSB on PCB: Feasible?
0
Modify a kinect - Reconnect the two cards
5
Through hole SMA parasitic effects
1
0.1" Header Cable Connector w/ Male Pins
1
How can I plug my homemade Yagi Antenna into a wifi USB dongle?
2
FPC cable contacts. Bottom vs Top and Bottom
0
Card edge connector "read out" meaning
1
Best way to interface panel mount buttons as this one