i want to build a bluetooth speaker with an additional audio-input jack.

The audio-jack has a detection-pin which is connected to GND when the plug is inserted. I am searching for a circuit which turns off the bluetooth-module when the detection pin goes to GND.

I am very new to electronics, but nevertheless i tried to create a little schematic and i dont know if it'll work. Here pin 1 of the switch is the detection-pin and pin 3 is the GND-pin of the audio jack. So when the plug is inserted the "switch is pressed" (i did not found a usable audio jack for me in eagle) 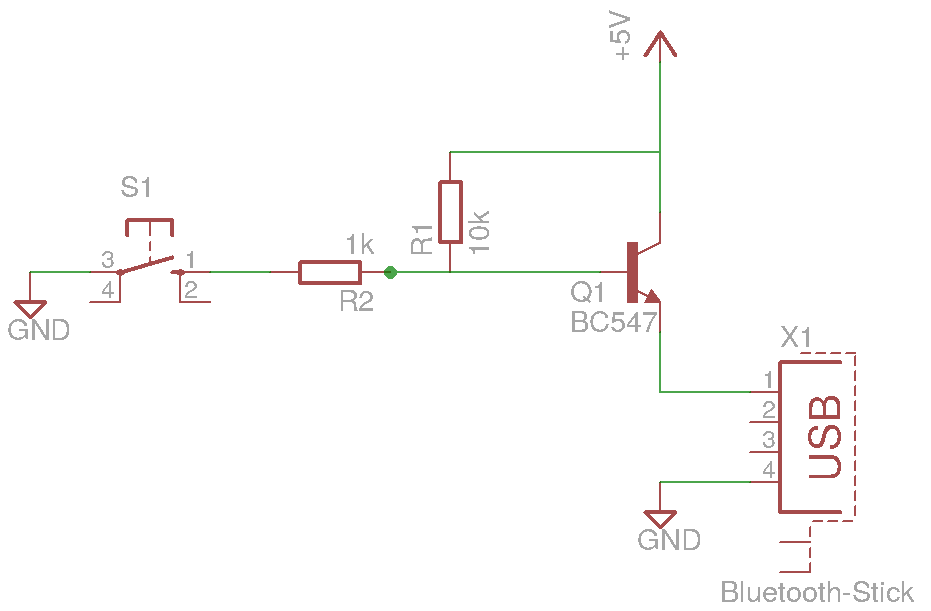 I dont know if i have to use a transistor or if some pullup/pulldown resistors only should do the job.

Just for clarification: The BT Module isn't transmitting anything. It is a receiver for the second audio-input-signal. Anything i want to do is to switch to the jack as audio-input when a plug is inserted. The audio-signal then goes to a LM386 Amplifier driving an 8-Ohm Speaker.

PS.: Since the circiut will be soldered to a perfboard, i cannot use any SMD-Packages.

This is a better circuit, because the BT module can draw quite a bit of current when transmitting and you would need a lot of base current to guarantee the voltage does not drop too much: 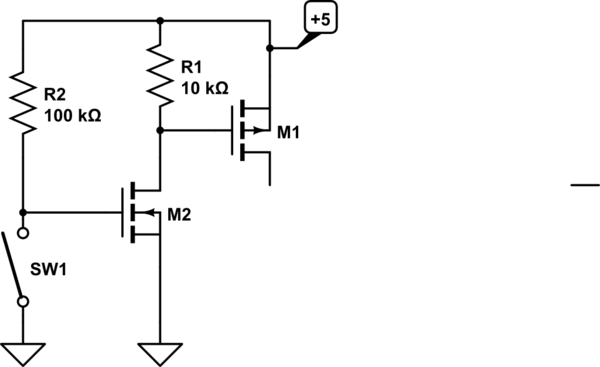 You could use a dual MOSFET such as the SiA519EDJ, which includes gate protection, for this application, or a single P-channel MOSFET M1 for the switch and a BJT or N-channel for the driving transistor M2. Another advantage of this circuit is that the current is quite low when the BT module is off- only 50uA.

To make it even more bulletproof against ESD on the jack, use a MOSFET with gate protection (as suggested) and put a resistor such as 2K in series with the switch.

Use a breakout board to incorporate SMD packages. MOSFETs in through-hole packages don't tend to be very good at the low voltage/high current/logic level gate end of things.

Yes, this should work. It may be better to use a FET in this circuit. Check out this question for a more detailed answer in a very similar situation.

Not the answer you're looking for? Browse other questions tagged audio bluetooth detection plug or ask your own question.

6
Proper usage of a MOSFET to control USB

2
Audio Jack Schematic
4
How to correctly connect audio plug to LM386?
1
Mutually exclusive headphone and speaker
1
Detect 3.5mm stereo jack plugged in
0
Auto switching from bluetooth to aux
0
Switch audio from one source to another one
0
Is there a connector that breaks the default circuit when a plug is connected? (e.g. cut off speaker when headphones are connected)
0
Can a voltage divider be used for (input) jack detection?