Why do some PCBs have zig-zag tracks? [duplicate]

I've seen many boads with weird zig-zag shaped tracks just like the one below. Why are they designed like that? 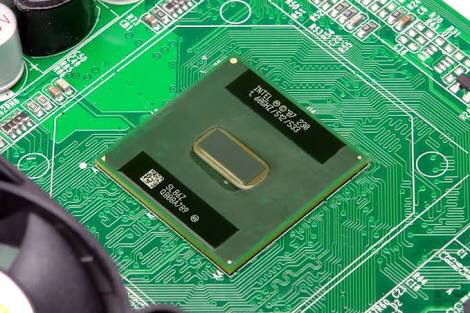 It's to keep one track or set of tracks the same length as another.

The speed of light is magnificently high. But. The speed at which we use digital electronics these days is also incredibly high. (Ignoring the fact in copper signals go at about 2/3 the speed of light, rather than the full speed).

So, if you send a 1 on one trace that's 10cm, and a 1 on a trace that's 20cm, at GHz frequencies these one's will noticeably arrive after each other, rather than at the same time.

In parallel tracks that's called (timing/clock) Skewing and can cause data-words to be interpreted wrongly, seeing old zeroes or ones, or already seeing new ones on an old clock edge.

What is also possible is that they are differential pairs, although many of the signals in your picture don't seem to be at first sight. A differential pair at high speed, such as Ethernet or USB2.0 or later can be influenced greatly when one of the signal wires is only slightly shorter than the other, creating signal imbalances. In that case you meander the slightly shorter one a tiny bit, along the one that is the longest.

With differential pairs it's a bit more complicated, since a differential pair also needs to maintain some coupling to each other to maintain their characteristic impedance. All of that put together makes modern digital design quite a big box of artistry. (Added to it that high frequency signals sometimes do very silly things if you try to make them go through a PCB from one side to another and such, but that's a whole other, even more complicated subject).

37
Purpose of "wave shaped" PCB traces
2
What is the use of zigzag pattern on PCB board
-1
How do electrons travel in data transmission wires?