Confusion about induced EMF and voltage in Ideal Transformer

When an IDEAL transformer primary is connected to an AC source, an EMF will be induced in the primary given by

And it must be given sign by Lenz's law. So it should be negative as for opposing the cause. So \$E= - V\$. But in some book it is given as \$E= V\$, so as to counter and exactly balance the cause.

But both are contradictory. I am getting very confused.

Can anyone please help?

Thanking you in advance.

I have added the articles from both the books. 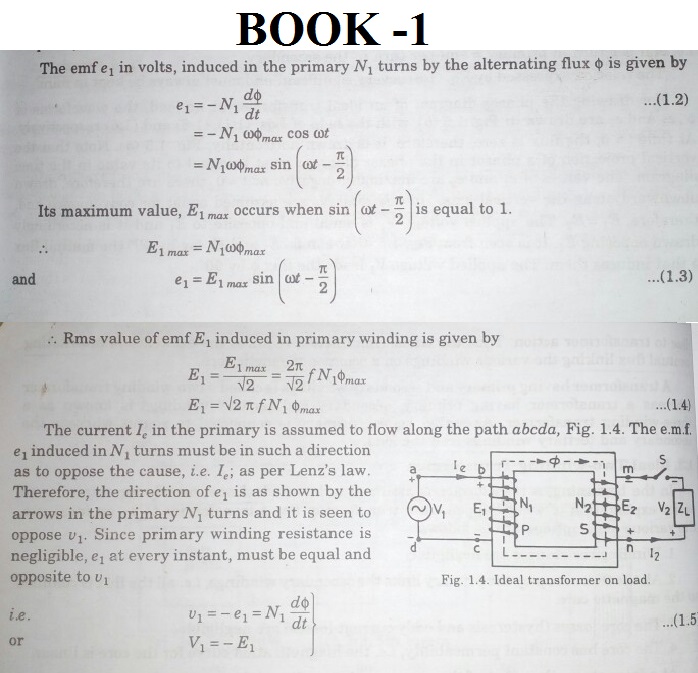 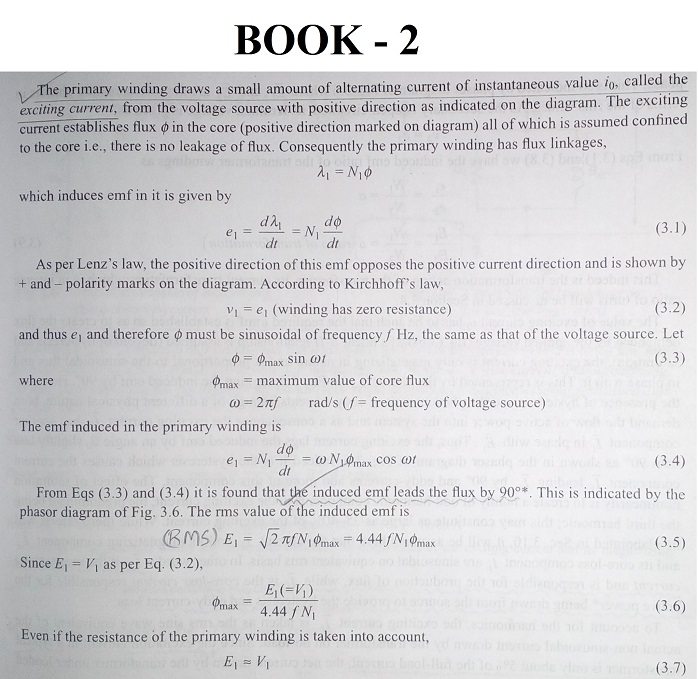 There is no contradiction, only terrible wording by the second text book. Not to say the first book some shining beacon of clarity, but it's not as bad as the second book.

Clear as mud, right? It's a subtle difference in convention, but neither book is in disagreement. They both say the magnitude of E1 equals V1, and it does. And they both say E1 opposes V1, and it does. The sign doesn't matter, as depending on the convention you chose to use, other things will be signed or not such that it will ultimately still work out to the same answer.

This is not the only time you'll encounter something like this. Engineers, once they have become sufficiently experienced and grumpy, will often argue about which way current flows to pass the time. They will say that it clearly flows from - to + and everyone who disagrees is just wrong, or they will say the same thing only this time, current clearly flows from + to -. Is it the bubbles, or the water? In the end, it doesn't actually matter until you run out of things to argue about with other engineers, then it will matter a lot.

Just keep an eye out for things that are convention like this. Be sure to read the surrounding text carefully whenever there seems to be a contradiction. Usually it comes down to the author saying the same thing but from a slightly different perspective.

That said, current definitely goes from - to + and everyone who disagrees is wrong.

Not the answer you're looking for? Browse other questions tagged transformer electromagnetic induction or ask your own question.