What is the purpose of resistor at the input of the OpAmp?

I have just seen this integrator circuit here. As seen from the picture, there is a resistor at the positive input of the OpAmp. Could you explain what is the purpose of this resistor? 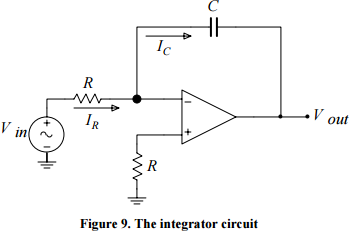 The resistor serves no purpose if the opamp were ideal. However, ideal opamps are hard to find. All the ones I've seen have some non-zero input bias current.

Bipolar input opamps have significant enough input bias current that it is usually specified broken down into the common and independent parts per input.

Modern CMOS input opamps have so little input current, and its polarity isn't predictable since it's due to leakage, that usually only its absolute value is specified. In that case, matching the impedances is less useful, and the worst case error from unmatched impedance is much less to begin with anyway.

Not the answer you're looking for? Browse other questions tagged operational-amplifier circuit-design integrator or ask your own question.