I am using the en=g5la relay to activate the charge of a capacitor. Does it make sense to use a relay when you have a capacitive load? The general layout is that I have a diode brigde ( 4 diodes rectifier) on one side of the relay side which feed power and I got a 2.5 F capacitor on the other side which serve as energy pool. I switch on/off by using an arduino ouput the relay with a BJT who drive the inductor. 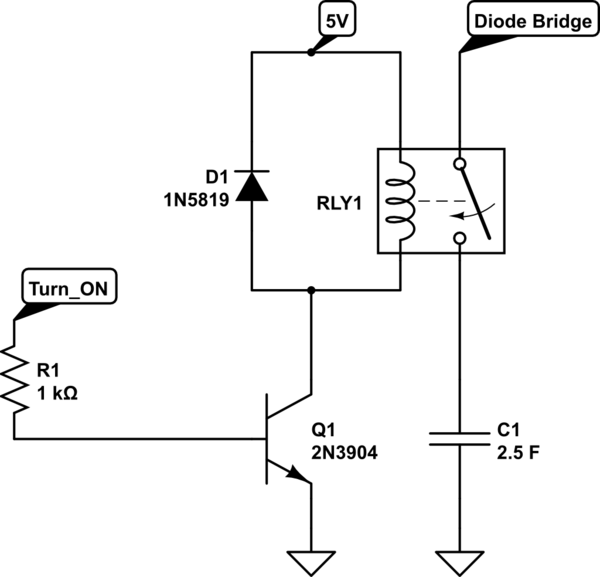 [EDIT] This circuit worked perfectly in the end.

It does make sense in the way that both the relay and capacitor would work fine in that set-up. There would be a large current spike when the capacitor is empty and gets connected to the supply, but it shouldn't last long enough to melt the wires. It will, however, cause the supply voltage to dip down, and that could mess with other things if they rely on it (like the Arduino could reset).

But I don't see any reason in your description to use the relay instead of a transistor to control charging, so in that way it doesn't make sense. 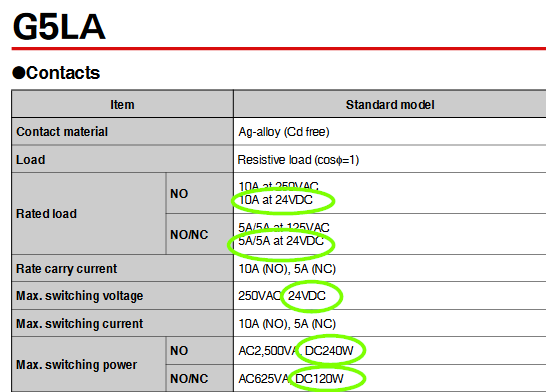 All the information you require is on the datasheet.

You haven't specified the voltage of the supply or it's internal resistance so we can't calculate the peak current. You need to remember that if the capacitor is completely discharged then it looks like a short circuit the instant the contacts are closed. Your 10 A contacts might not be enough.

Since the datasheet does not mention testing with anything other than a resistive load, we must assume that it has not been tested.

Because of the size of the capacitor (2.5 Farads), currents could be quite high.

A second fix could be to include an inductor (with parallel diode) in series with the capacitor to limit the current. Assuming a 2.5F capacitor, 24VDC supply, and a 1ohm series resistance, spice simulations suggest that a 50 Henry inductor would be required to limit the current to less than 5 A. Charging would take about 20 seconds.

Not the answer you're looking for? Browse other questions tagged capacitor relay or ask your own question.