Unconventional voltage regulation scheme in the secondary of an ATX power supply, how does it work?

The regulation scheme for the +3.3 V output in this ATX power supply schematic caught my eye as strange. I just saw the schematic online, I do not actually have the physical unit. 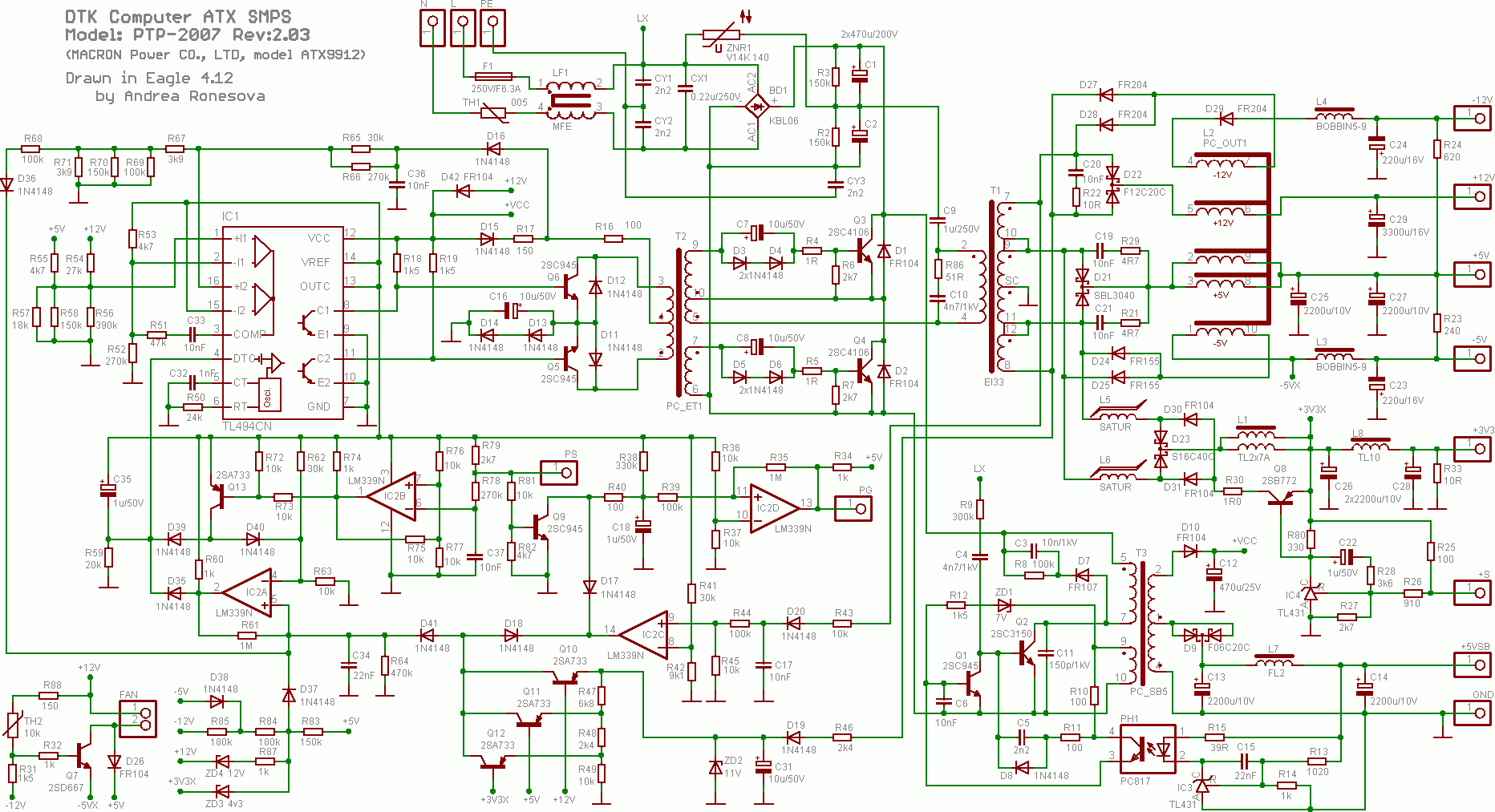 Close-up on the portion of interest, with irrelevant circuitry removed: 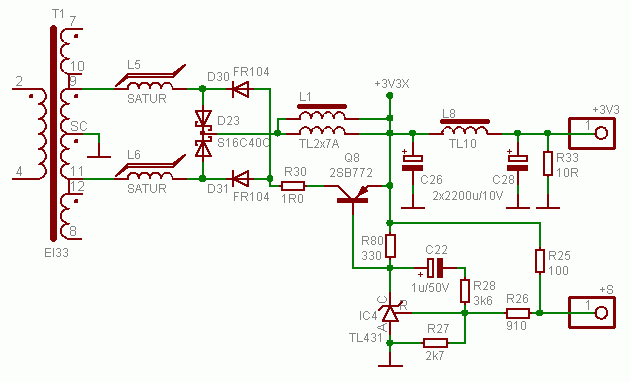 My understanding is as follows:

I am aware of the saturable core reactor and I suspect that something similar is in play here, but I currently cannot wrap my head around this. There is no separate control winding, and according to the schematic L5 and L6 are entirely separate, not sharing the same core.

How is feeding current backwards trough L5 and L6 more efficient than simply shunting the excess current to ground; I do not understand how the energy spent into building that reverse inductor current is then recovered. What purpose does R30 serve in the circuit? What benefits and drawbacks does this scheme have? Why isn't this used more often?

L5 and L6 are partially saturated in normal operation, by the forward DC current that passes through them via both legs of D23.

Sending current through them in the other direction via D30 and D31 reduces this net DC component through both coils, which increases their inductance and therefore their impedance, reducing the output voltage.

It's really a kind of magnetic amplifier.

Not the answer you're looking for? Browse other questions tagged power-supply voltage-regulator switch-mode-power-supply inductor or ask your own question.

1
How does the 3.3V output work in this PSU circuit?

3
High side current sensing in DIY bench supply
4
ATX power supply front-end: How does this work?
6
TL431 Constant current source
8
Why is the regulation of my 5 volt power supply so poor and how to address it?
0
Modifying switching power supply to produce any voltage(s)
0
Power Supply Regulation
0
LTC3624 regulator won't regulate
0
How does splitting power cables work in ATX PSU?
3
PFC controller - How does it work?