I almost had a serious electrical accident last week when I was trying to use an oscilloscope to test out a circuit a student had built.

After some head scratching and a few more sparks I finally verified with a voltmeter that the metal shield of the USB port on the PC was connected to 120VAC relative to the third prong on the outlet that I had the scope plugged into.

So I am convinced that an electrician made some sort of wiring error when connecting the power to the table in the lab. Instead of being plugged into a wall outlet, the power to the lab table comes from a conduit that goes into the wall opening that serves two lab tables' power needs. A sticker on the conduit shows a wiring diagram indicating that the two connections are supposed to share the neutral wire, but one is connected to "hot1" - a red wire, and the other to "hot2" - a black wire. It also shows a green shared ground wire.

I apologize for the long setup to my actual question, but I am trying to understand what the wiring error could be to cause this situation. I am certain that the USB shield was at 120V relative to ground. Shouldn't the shield be connected to the computer case and therefore be grounded? How could it be at 120V potential then? If the electrician accidentally reversed hot and neutral, shouldn't plugging in the computer have blown a circuit breaker instead of making the shield be at 120V?

I am glad I did not get electrocuted. Now that the scare has worn off, my curiosity about what actual wiring mistake was made is rising. I hope my explanation is clear enough for someone to identify what is wrong. (By the way, I reported all of this to many people at school and an electrician will be brought in to correct things right away.)

Added: I hope I made it clear that I did indeed refer the actual work of correcting this hazard to an electrician the school will bring in. But I am very interested in understanding the error as well, so that I may simply increase my knowledge. I hope someone out there can help with that.

EDIT: WRONG--SEE BELOW "Today I got to school after the electrician had already corrected whatever the error was." I wish I had had the chance to ask what was the matter. I hope I can get more info from the people at school in the next few days or so.

I did use an ohmmeter to convince myself that the USB shield of the computer is indeed tied to the third prong of its power plug, so I am convinced that the entire metal chassis of the computer was hot last week.

I heard second hand that our maintenance people had used some sort of outlet tester on the circuit in the past and that it actually passed the test(!) How is that possible with such a serious fault as the ground being missing and what should have been grounded connected instead to 120VAC? Is there some sort of strange faulty connection scheme that a simple outlet tester would miss?

Since it seems that the job of rewiring the circuit didn't take very long (I got to school at 11 am and everything was fixed) I assume it wasn't something that took a lot of hunting to find. But I am still mystified. I'll add any additional info as I learn more...

IMPORTANT UPDATE: Yesterday I proved myself to be an idiot. What I thought indicated repair work was just evidence of our head maintenance man doing some more checking and turning the power off. I was simply measuring no more 120V on the computer case because the power was turned off. Bonehead.

Also, our maintenance man was finding weird voltages like 36V and 23V on some of the computer power outlets during his experimentation yesterday. Thus the electrician visit today. All simple theories for this seem to be out the window. So it is getting more interesting by the minute ...

THE LATEST -- The instructor in the closest office told me that the guys were cheering success late this afternoon, but I wasn't there to get the answer. Dang. Maybe tomorrow. Whatever the issue was it had the electrician making phone calls for help and our school personnel doing a lot of head scratching all day.

MORE: Today I hear that they tracked down the culprit as the "modular whip in the furniture." Our head maintenance man says (and I saw) that the outlets to the PCs are held in trays in the lab tables, and each strip is sort of daisy chained together. I gather somewhere in the chain there were both open ground and open neutrals. He says he has lost all confidence in the power connection materials that came in the lab furniture.

I still don't understand how an outlet tester would not have detected these faults. Maybe it was just that the tester was only used originally when the strips were indeed healthy and then the fault occurred some time later. Any ideas on what would lead to these sorts of faults developing?

I found something here that fits a lot of the symptoms we discovered. He calls it "reverse polarity bootleg ground." Do you think this could be it? But how could this be a failure in an outlet strip? Wouldn't it still have to be in the building wiring?

ADDED: I just had a very nice phone conversation with Mike Sokol, the author of the above article. He says my accident sounds exactly like his RPBG scenario, and he also made me understand that the "warble" from the electrician's tone continuity tester is likely evidence of a good ground and neutral connection, while the "clean" tone is probably a sign that the ground and neutral lines are bootstrapped straight to each other, a code violation. I think the "warbly" sound is showing there is a voltage drop between ground and neutral, as there ought to be with a load connected. The electrician thought the exact opposite. Hmmm...

MORE RECENTLY: The people at school seem satisfied that the problem has been corrected. However, I'm told that the fix was simply that they unplugged something and plugged it back in(!). I checked things with a non-contact voltage tester and the computer case is now grounded. But I don't understand how simply reconnecting something could fix that. Maybe I did not understand the complete story, but I am still nervous that this situation could reoccur. I'm not satisfied quite yet ...

Assuming the North American electrical system, the only error that the electrician could make that would cause that symptom would be to swap the GND and HOT wires. Swapping hot and neutral would not do it.

That's a very serious error- and quite negligent in not checking for it, if that indeed is the problem. It could easily cause someone to perish.

If it is the problem you will be able to measure 120V between what you call the third pin on the two outlets.

It's also possible, but unlikely, that a problem with the PC could cause this symptom.

Edit: as others have pointed out, the PC functions so it can't be a simple swap, in fact no single error can cause these described symptoms.

If the hot is connected to both gnd and where it should go.. For example if the hot shorted to the conduit and the conduit gnd was broken.

Looking forward to a follow up on what this was...

I can think of one possibility, but it's pretty scary.

If your conduits are indeed providing two separate hots, your PC is getting 240 volts AC. This is not, by itself an issue: lots of PC power supplies will handle 120/240 automatically. However (and this is where it gets scary) these supplies assume a hot/neutral input, with the neutral nominally at the same voltage as the ground. If I'm right, your entire PC electronics circuitry is sitting at 120 VAC, just waiting to bite somebody.

I recommend calling your electrician immediately, and if you don't get immediate response, go to your local hardware store on your lunch break and buy a 3-LED power tester for 10 bucks or whatever they go for.

There are two puzzling aspects of this: 1) why your display (assuming you have a detached monitor) has not smoked. Printers are often double-insulated, so they can float, but monitors are always (as far as I know) grounded. 2) Why hasn't the ground lead of your PC kicked up a fuss? Is it possible that the electrician never connected ground to the socket?

Basically, it seems likely that what has saved you is the fact that a modern PC does not require that you touch anything conductive.

I'm with Spehro: I can't wait to hear what really happened.

EDIT - The reason I find this pretty scary involves a personal experience you may find entertaining.

I was involved with a missile launch out of Wallops Island, and our payload included a bunch of low-sensitivity optical sensors. We tested these by shining a bright light on each sensor in turn. Just before launch, we mated the payload to the solid-fuel booster, and then ran a final test. Note that, while the booster did not have its ignition core installed, it was a perfectly functional skyrocket. We were using a standard work lamp to provide high-brightness light, and were partway through the test when the guy with the light let the guard framework touch the skin. He drew an arc. It was one of those Come-To-Jesus moments as, for an extraordinarily long instant, everybody waited to see if the booster would ignite. It didn't. To our credit, the guy with the light didn't drop it, and nobody actually soiled himself.

A post-mortem determined that the socket we'd plugged into had swapped neutral and ground, and the load in the building was unbalanced, so neutral had floated significantly from ground. As a safety precaution, of course, the bird was grounded, and so made a good return bath when connected to the nominally grounded (but actually connected to neutral) wire cage on the lamp.

So don't mess around with this.

I heard second hand that our maintenance people had used some sort of outlet tester on the circuit in the past and that it actually passed the test(!) How is that possible with such a serious fault as the ground being missing and what should have been grounded connected instead to 120VAC? Is there some sort of strange faulty connection scheme that a simple outlet tester would miss?

Yes, the cheapest plug-in mains testers only test a very few of the simplest permutations of possible miswiring. 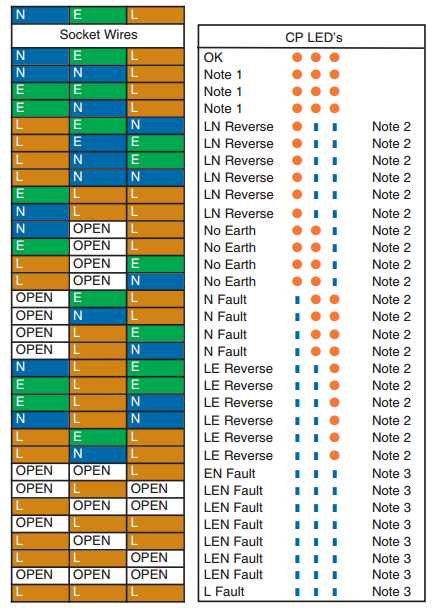 The more advanced plug-in socket testers typically cost ten times the price of the cheapest ones. The more comprehensive ones measure earth loop impedance and can test RCDs/GFCIs. 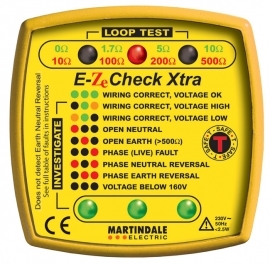 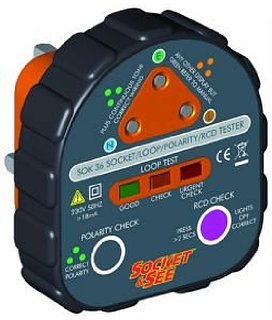 Not the answer you're looking for? Browse other questions tagged power-electronics wiring grounding or ask your own question.

3
Grounding a Device And/Or Room
1
How can I protect equipment plugged into ungrounded outlets?
0
Why is mains voltage showing up on my oscilloscope from MagSafe shield?
3
Hot and neutral have similar voltage to ground - finding the problem
3
My country does not have grounding system, How can I protect myself?
2
Grounding conductor has a non-zero voltage (i.e. with respect to “true” ground). Why?
2
How to Wire a 120V Dryer Motor for Use in Other Projects?
3
Earth Ground Portable Generator
1
Ground wire appears live despite not being connected on either end