But this doesn't make sense. Even if the EM wave is travelling on the surface of the copper wire, it is still on the copper medium. This means that it couldn't travel a distance longer than a few "skin-depth" distances even at the surface (x-direction in the figure). 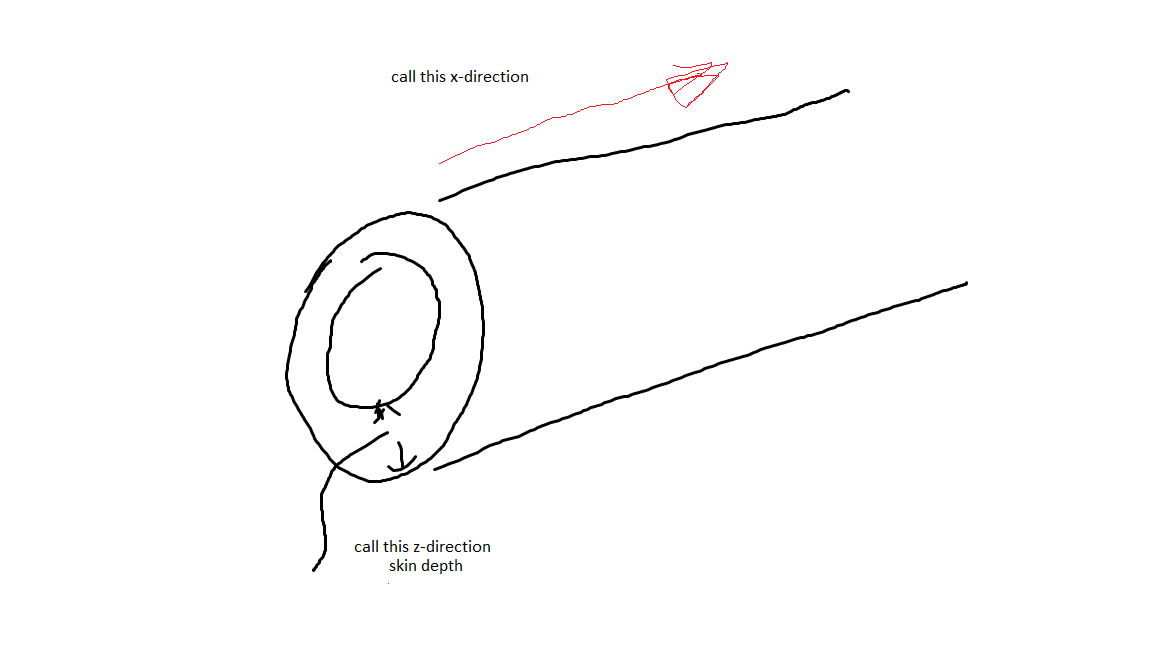 The EM wave travels in the midspace and arround two conductors. EM wave is a pure energy transfer, while the current in the wires is a pure loss. Actualy you can imagine two conductors like train bins that guide that EM wave. If the frequency is higher you can observe a phenomena skin effect due to eddy currents in the conductor, so the majority of current flows on the surface. EDIT: 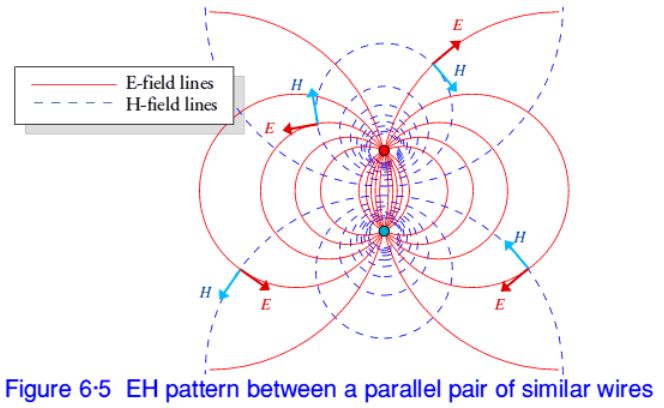 EM wave is copmosed by electric(E) and magnetic(H) field, in the picture you can see the pattern of E,H field arround two conductors that deliver power to the load - there is a voltage in between them and the same current flows in both directions (forward and return). The energy of the EM wave is a Poynting vector S = E x H (cross product). You may imagine that energy density is larger in the space near conductors, while it soon drops because the H vectors originated from two wires subtracts each other in outer space, but they sum in the midspace.

Not the answer you're looking for? Browse other questions tagged copper conductive conductivity skin-effect or ask your own question.