What limits the current in a Darlington pair?

I am unsure how the TIP120 doesn't blow up in the given equivalent circuit from the datasheet: 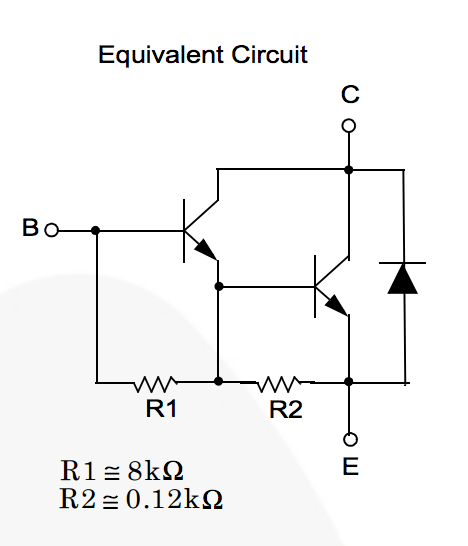 This is one of the disadvantages of a standard darlington: you can't saturate it (overdrive the base to achive a very low Vce).

This of course assumes that there is some load in the collector line that drops more voltage when the current increases. But if there isn't the collector current isn't limited, so we would be in deep shit anyway.

I am not sure what R1 is for, but it is convenient when the darlington is driven from an output who's 0-level is somewhat above 0V, as could be the case with a loaded TTL output.

Not the answer you're looking for? Browse other questions tagged transistors bjt npn darlington or ask your own question.