Is it possible to make a 150 Hz resonant circuit from RF toroids? 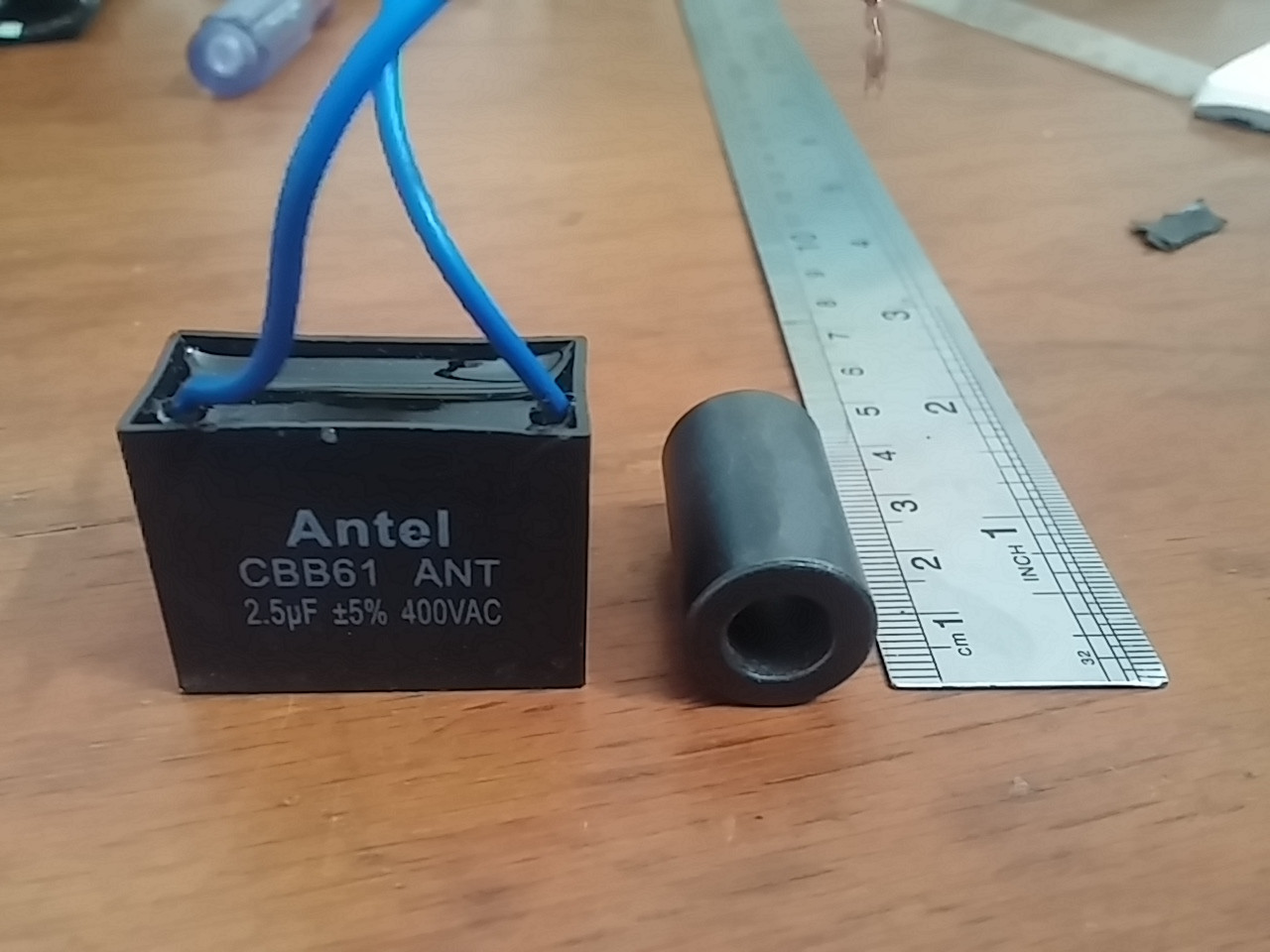 Is it possible to make an inductor from this core (or many of this type of core) that has optimum resonant circuit at 150 Hz (3rd harmonic frequency of 220 V / 50 Hz power system)?

If not, what kind of inductor should I use?

Its use is to make an shunt path for 3rd harmonic current.

Easy check: Google/search Farnell/Digikey for some 450 mH inductors, see what these look like. Is that anywhere near what you can make with this ? My guess: no.

Also note that not all toroid cores are the same the properties of the material can vary widely. Some material gives you a high inductance but saturates at low fieldstrengths. A saturated coil behaves as a wire (the inductance is gone) !!

Unless you have specialized equipment to characterize the coil, I would forget about it and just buy a component that has a datasheet.

Not the answer you're looking for? Browse other questions tagged inductor mains resonance harmonics distortion or ask your own question.