Wrong Sign in the Output of 80MHz Transimpedance Amplifier

I have recently built the following circuit for (homodyne) differential detection of optical laser pulses. In fact, I rebuilt the circuit from this paper with small deviations: 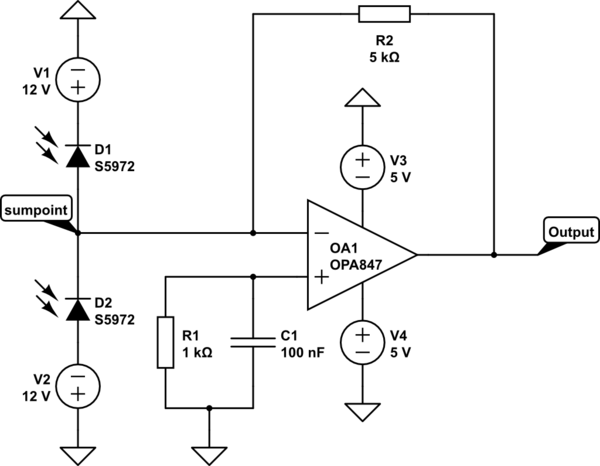 You can find pictures of the circuit board at the end of this post. The two diodes are Hamamatsu S5972 Silicon PIN photodiodes with a terminal capacitance of 3pF (10V bias). The op-amp is a Texas Instruments OPA847. The laser system works at 800nm with a repetition rate of 75.4 MHz. Each pulse is just 1-2 ps long. However, the response of the photodiodes is far longer because their bandwidth is only 500 MHz, which is ok because I can still distinguish between consecutive pulses.

In the final application, the pulses will reach the two photodiodes at the same time with slightly different photon numbers. Therefore, the photodiodes will produce two photocurrents with opposite signs which cancel each other out at the sumpoint except for a small residual current. This remaining current will be converted to a voltage signal at the output by the OPA847 in a transimpedance configuration.

Due to the bias current of the OPA847 and the dark currents of the photodiodes, there exists an offset voltage at the output. The resistor R1, which will be a potentiometer in a later revision, is used to minimize this offset. However, there is a remaining offset voltage of approximately -100mV left in the current revision.

Now to my question: Why do I see positive voltages when I'm only illuminating one photodiode, as in the following measurement? Is there a way to suppress this behavior? 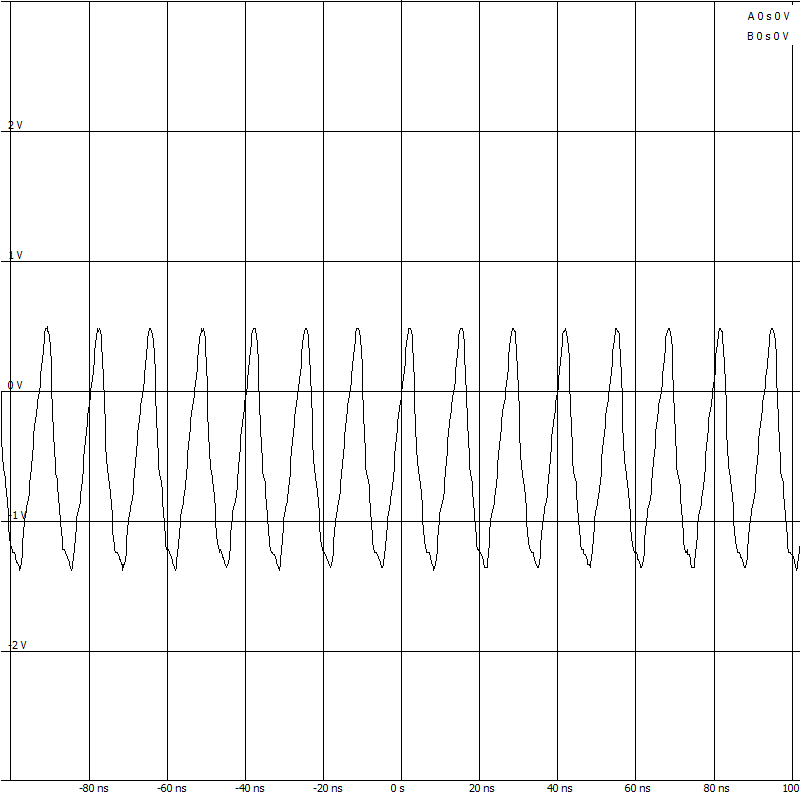 Because the current output of one photodiode can only have one sign, I would expect the voltage output of the amplifier to have only one sign. I would also expect the shape of each pulse to be less symmetric, as in the following measurement I did with just one photodiode and a Femto DHPCA-100 transimpedance amplifier behind it. 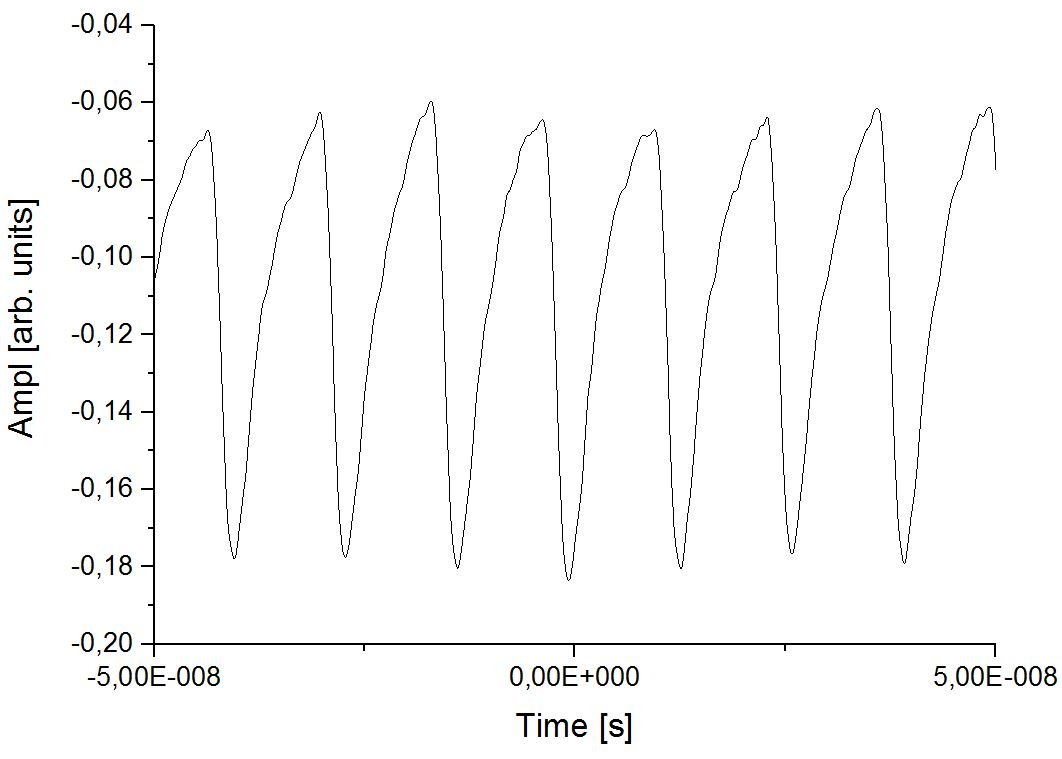 Here is my best guess:
The Inductance near the sumpoint has a large role in this.

By illuminating certain diodes, you can pull the voltage either positive or negative. See, you have 2 12V power supplies, with diodes in the middle, and each of them is connected to the ground.
As expected, this setup sums the intensity between the two. The comparator then does it's thing, and you get your result. However, there is no induction filter between Output and ground for your wires. I would make sure to add one (10-50kOhms), as currently it seems that your oscilloscope is the only drain.

Since I posted my question, I decided to order a commercial detector with the same bandwith and amplification that worked more stable but still exhibited the behavior outlined in my question.

In January 2018, I found a phenomenological explanation of the behavior of the circuit. Back then, I used a pulse picker to reduce the laser repetition rate by a factor of 100. It turned out that even the new detector's output is subject to ringing that would naturally oscillate longer than the 13.3ns given by the original 75.4MHz repetition rate.

By using the original repetition rate, the output is probably a driven oscillation. With the correct set of parameters like oscillation frequency and damping factor, it is therefore possible to achieve even wrongly signed values (as observed by me two years before). Unfortunately, I still don't know the exact mechanism responsible for the ringing but can't investigate it furthermore.

In the end, I want to thank everybody who spent time helping me. You're a great community!

Not the answer you're looking for? Browse other questions tagged operational-amplifier laser optoelectronics vhf transimpedance or ask your own question.