I'm designign a device capable to sense proximity with other identintical devices and communicate that to a central node via bluetooth. The problem I'm trying to solve is showed in figure. 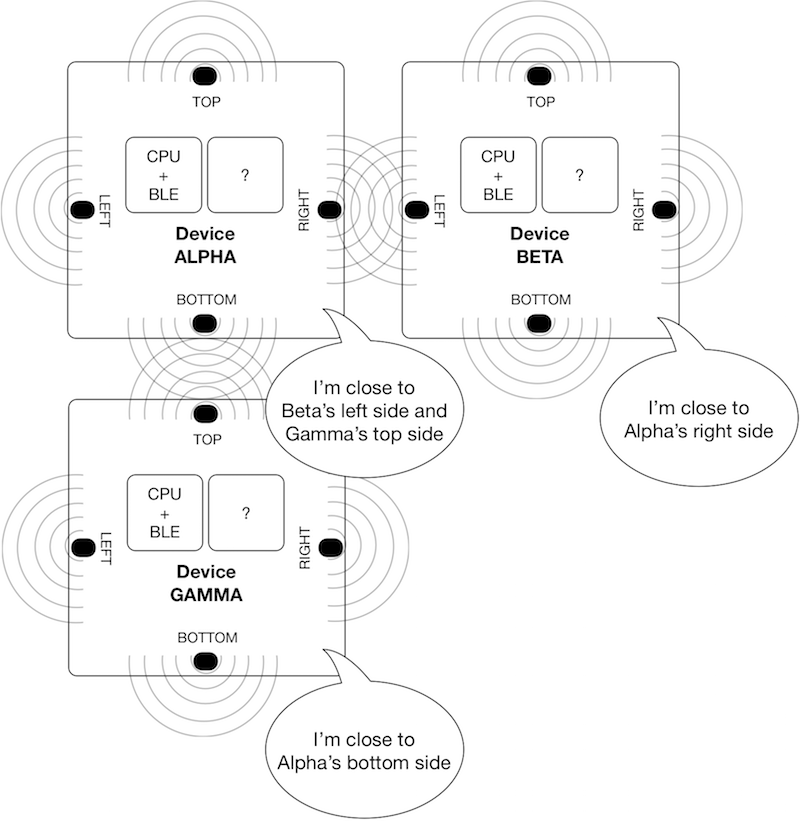 So far I identified two strategies:

Instead I'm wondering if I could use capacitive sensing, as implemented by ICs like the MPR121, to implement the above scenario. Could metallic pads on each side of the device be configured to provide a unique capacitance value when in proximity of another device pads?

An alternative approach using capacitors would be to have one large plate on each face of each cube. When close together, high frequency signals can be transmitted between plates, but if there is a big gap, or the plates don't face each other, the signal would be attenuated. Each face of each cube would transmit it's identity as a digital signal encoded on the high frequency carrier. You'd probably have to alternately 'speak' and 'listen' on each face.

Not the answer you're looking for? Browse other questions tagged identification detection capacitive or ask your own question.