I have built water level indicator circuit as shown in this figure. 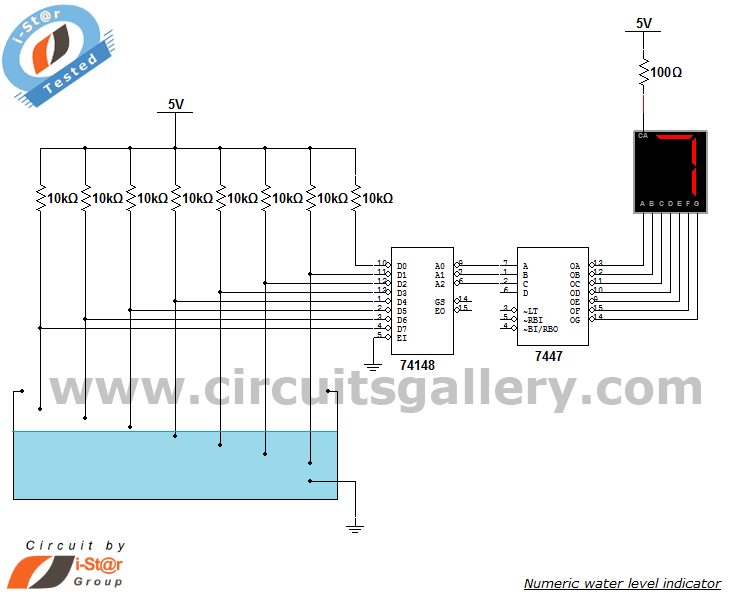 First bit of advice - ditch that circuit. It almost certainly won't work. As you've discovered, water won't do to make the connections. 7400 TTL circuits need a nominal 1.6 mA at 0.8 volts or less to produce a valid low input, or the equivalent of about 500 ohms. Water simply is not that good a conductor (unless maybe it's seawater). The pullup resistors add another .4 to .5 mA to the requirement, dropping the effective resistance requirement to about 400 ohms.

This appears to be a classic example of somebody having a neat idea and putting it on the internet without actually sitting down and analyzing it, let alone trying it.

You might try replacing the 74148 with a 74HC148, and raising the pullup resistors to 1 M. And maybe adding a little salt to the water if you have to.

However, there's a basic problem with this approach. Applying DC to contacts which are near water is a great way to accelerate corrosion, and the corrosion products often act as insulators. This has obvious bad effects. For long-term reliability you've got to use gold-plated contacts, and the voltage across them has to be AC.

Not the answer you're looking for? Browse other questions tagged pullup water or ask your own question.