What is the difference between a Micro-controller and a EEPROM? [closed]

What are the tasks Micro-controller are used in, compared to EEPROM?

Also for a simple Arudino, is ATmega328 the micro-controller or EEPROM?

EEPROM, Electrically Erasable Programmable Read Only Memory, is typically used as a storage device for information that must survive a power-cycle of a device. An example of this is the page counter of a printer. The EEPROM does not have the ability to perform any logic, etc. It's only an array of memory bits with an addressing scheme that allows an intelligent controller to read from or write data to it.

A microcontroller contains the essential parts of a general-purpose computer.

A microcontroller is a small computer (SoC) on a single integrated circuit containing a processor core, memory, and programmable input/output peripherals. Program memory in the form of Ferroelectric RAM, NOR flash or OTP ROM is also often included on chip, as well as a typically small amount of RAM. Microcontrollers are designed for embedded applications, in contrast to the microprocessors used in personal computers or other general purpose applications consisting of various discrete chips. Source: Wikipedia.

The microcontroller may use EEPROM, either internal or external, but it is only a small part of the system.

ATmega328 is a small computer (which includes EEPROM), and EEPROM is just a storage device.

A picture paints a thousand words. 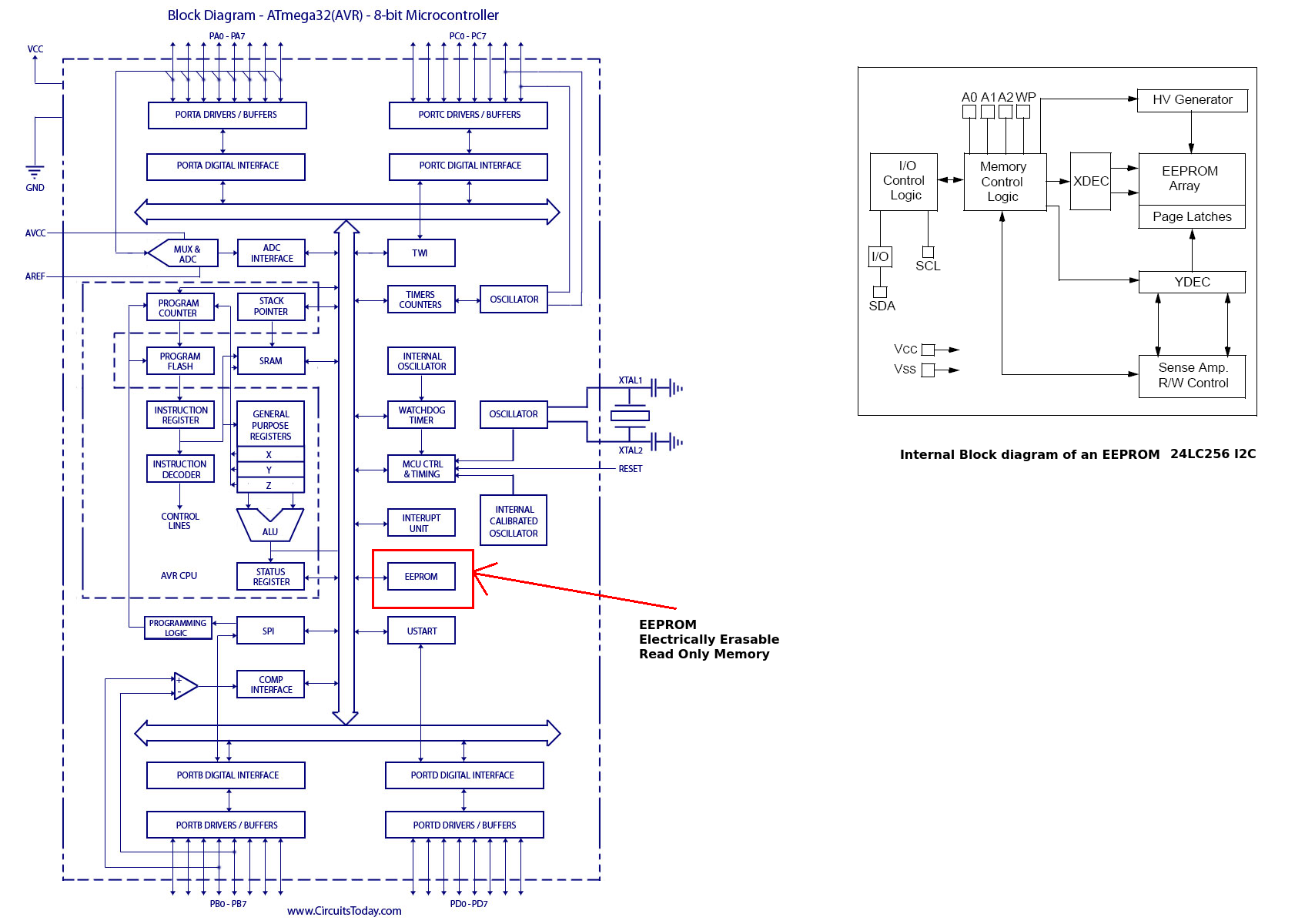 Not the answer you're looking for? Browse other questions tagged microcontroller eeprom or ask your own question.