Arduino Analog in over voltage

I'm looking to recover from a rookie mistake I made while working on a 12Vdc power supply. My multimeter was reading a 11.8Vdc output off a voltage regulator, and I thought 'Hey I have a sketch that turns my Uno into an oscope'. Not a good idea. As soon as I touched the probe to the output my Arduino and laptop instantly shut down. No smoke or visible damage to either. When I plug the Arduino into a usb wall adapter the LEDs come on. I'm really hesitant to connect it back to my comp.

What should I be looking for in to test for damage? The probe was grounded and fed into analog 0. Is this PIN toast? Is the board safe to hook back into the computer?

Any and all answers/suggestions are greatly appreciated. Live and learn I guess. 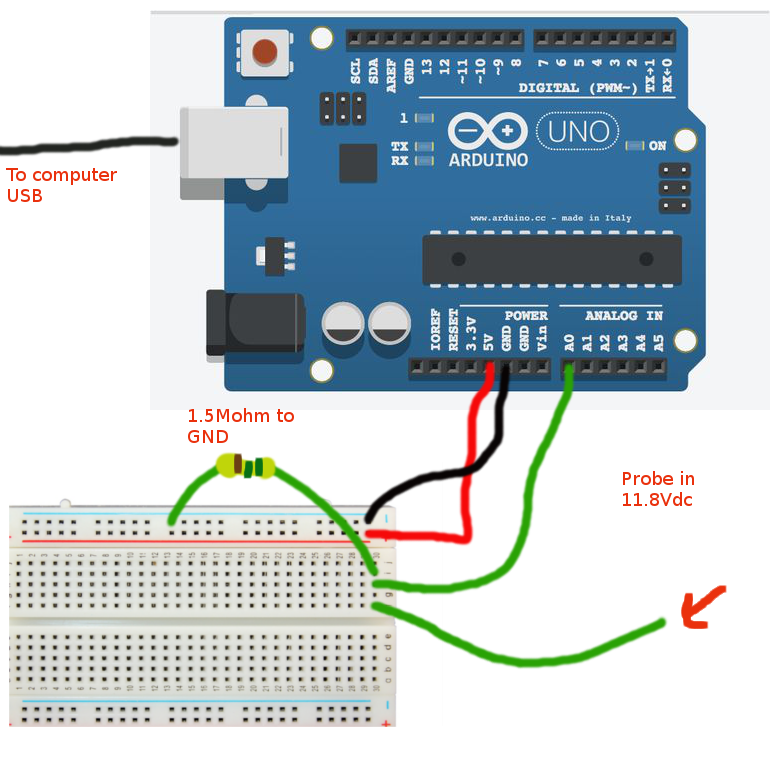 The input pin to the AVR processor on the board could very well be toast. The AVR itself may or may not be OK.

The most likely reason that the computer shut down was that the 12V being applied to the AVR input caused a latchup on the microcontroller chip causing a massive current spike load on the USB supply line. That surge was seen back at the computer and as such it shut down due to the overload.

I would re-test the AVR board when powered from a USB wall charger to see if it draws the normal amount of current or not. If normal proceed ahead. If massive then discard the AVR board.

Not the answer you're looking for? Browse other questions tagged arduino power-supply usb or ask your own question.