I'm new to electrical engineering and not yet familiar with all the terminology and methodology, please bear with me.

What the circuit should do

Below the circuit I build to accomplish this task. My idea was to use a soft latch circuit. Q1 is turned off by the current flowing through R1 and R2 by default. When button 1 is pressed, current flows through Q1, R2, button 1, R3 and to GND. Q1, being activated, in turn activated Q3, which should permanently activate Q1. To "turn Q1 off" I power Q4 to shorten Q3 to GND. sense is there to determine if the button was pressed. 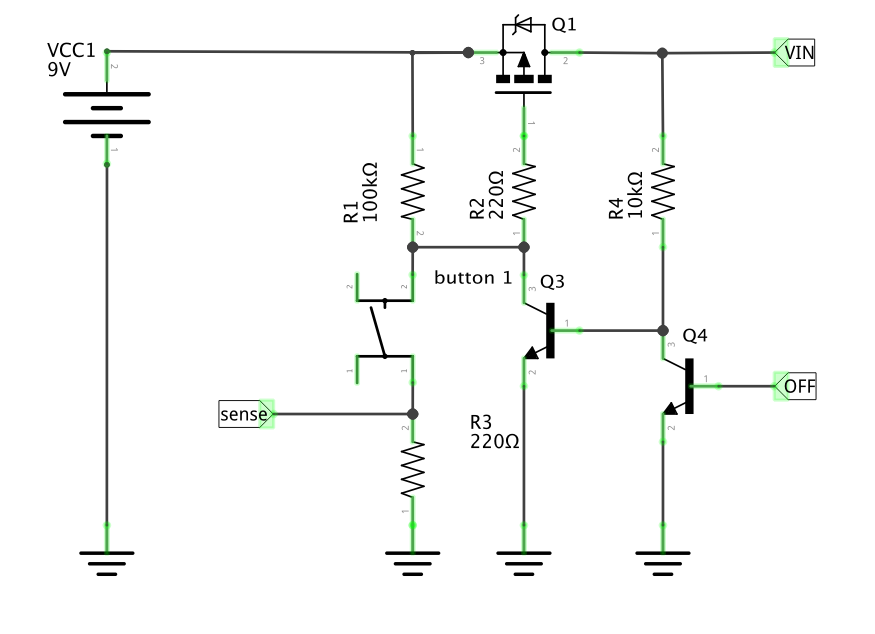 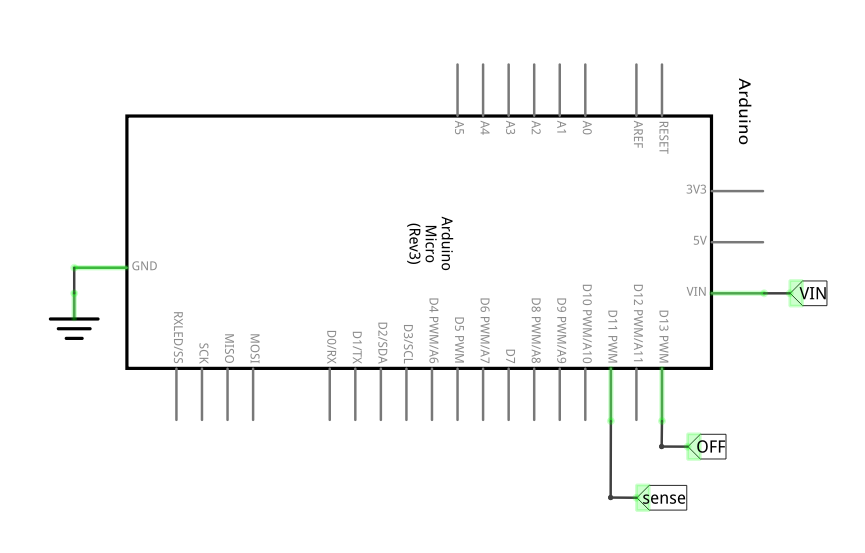 This circuit does not work as it is not latching. Is my approach right, but the circuit wrong, or is there generally a better solution to fulfill my requirements?

The basic circuitry seems reasonable in general principles. However -

Apart from the above, lack of latching suggests that either the latch is not working or that the processor is turning Q4 on when it ought not to

Certain conditions need to be met to allow the overall system to function.
The 'task' is to establish which of these (one or more) are not being met.
Guidelines are provided below t help yo to establish what is wrong.
To answer the question with certainty needs more information than has so far been provided.

You say " ... is not latching" which indicates that S1 is turning on Q1 when held pressed.

As latching depends on the latch Q1-Q3 functioning and on Q4 not resetting the latch, then one or other of these is no happening.

Q4 action can be checked by (best) removing Q4 or (less certain) grounding Q4 base. If this does not allow Q1-Q3 to latch then something is wrong with the actual latch circuit (as opposed to what is drawn here) or the components used.

If the above allows latching to occur then the functioning of Q4 can be checked. With S1 held pressed Q4 collector should be at ~= 9V when "off is low and at about 0V when "off" is high. "Off" should be driven via a resistor (say 10k) from processor D13. The state of D13 must be low during and after startup. A resistor from Q4 base to ground may be needed to keep Q4 off if D13 is left as an input - but it should be set as an output and set low during initialisation.

The above should allow errant signals to be identified. If not then please observe and report relevant signal levels during operation when they depart from values expected.

Not the answer you're looking for? Browse other questions tagged arduino power transistors mosfet latch or ask your own question.

4
Microcontroller soft off circuit not working - why?