Please correct me if anything I've said is wrong. I apologise if this is a trivial question, but I've searched everywhere and asked a few older peers already. It also isn't very helpful when most resources on BJT transistors talk about NPN. 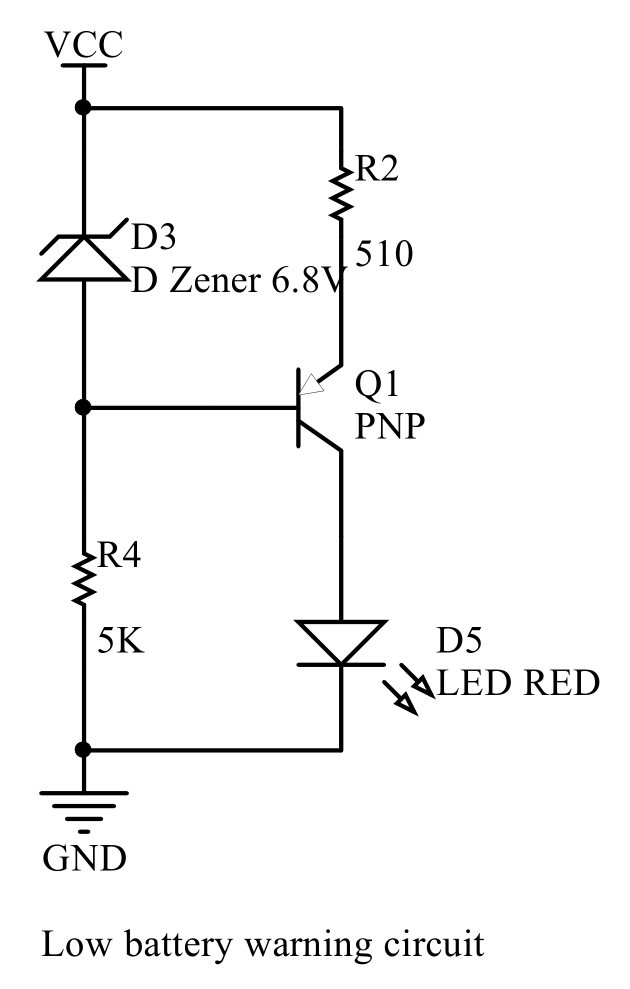 I've simulated the circuit you've posted and it doesn't seem to work at all.

The problem, I'm sure, is at least partly due to the emitter resistance killing the gain of the circuit.

I've shown a white LED because that's what I ran the simulation with, but any garden-variety LED will work by adjusting its forward current via R3. 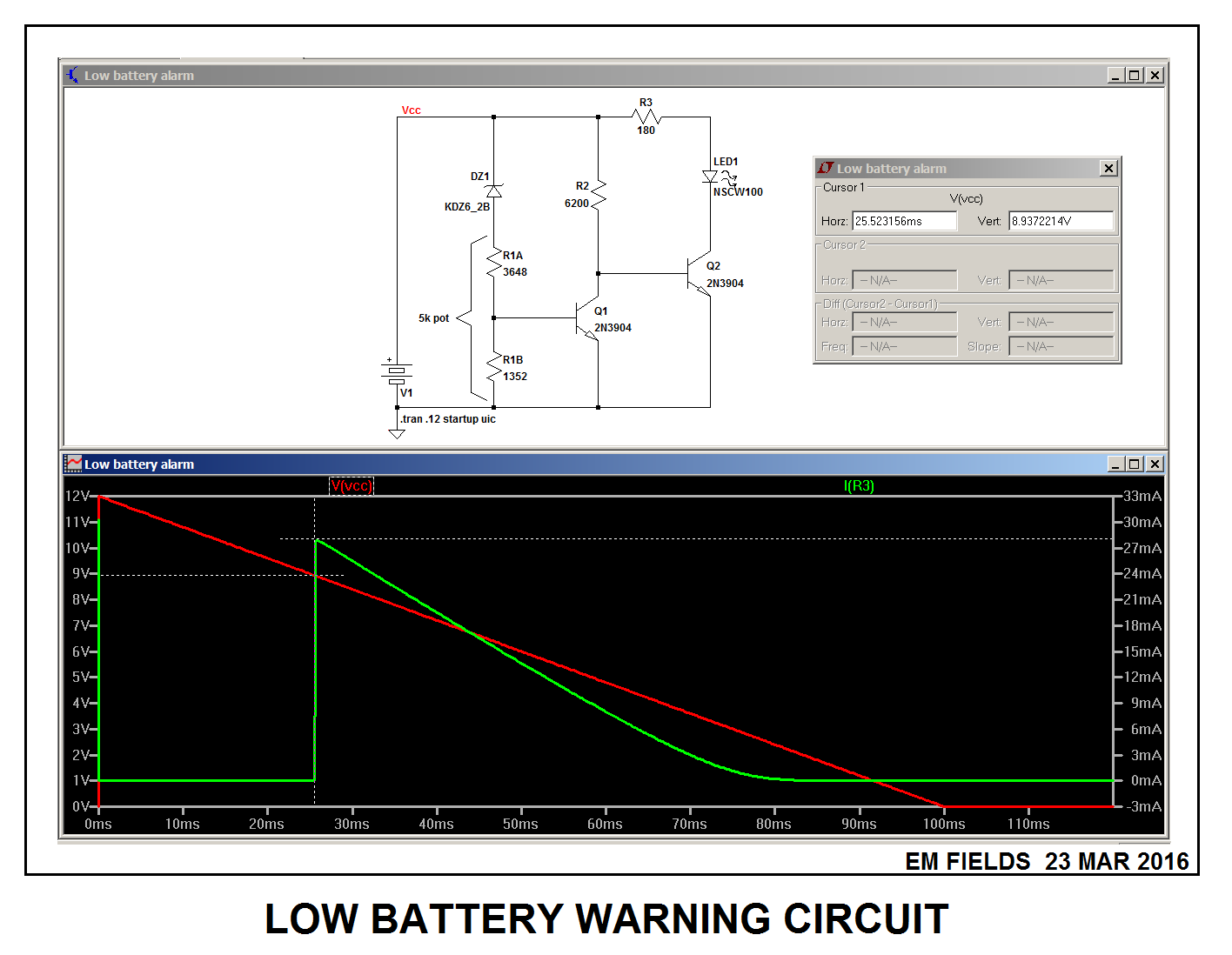 Not the answer you're looking for? Browse other questions tagged power-supply transistors battery-charging zener low-battery or ask your own question.