I am trying to read acceleration values from a ADXL345 via I2C. I've successfully configured the accelerometer with a resolution of 16G. 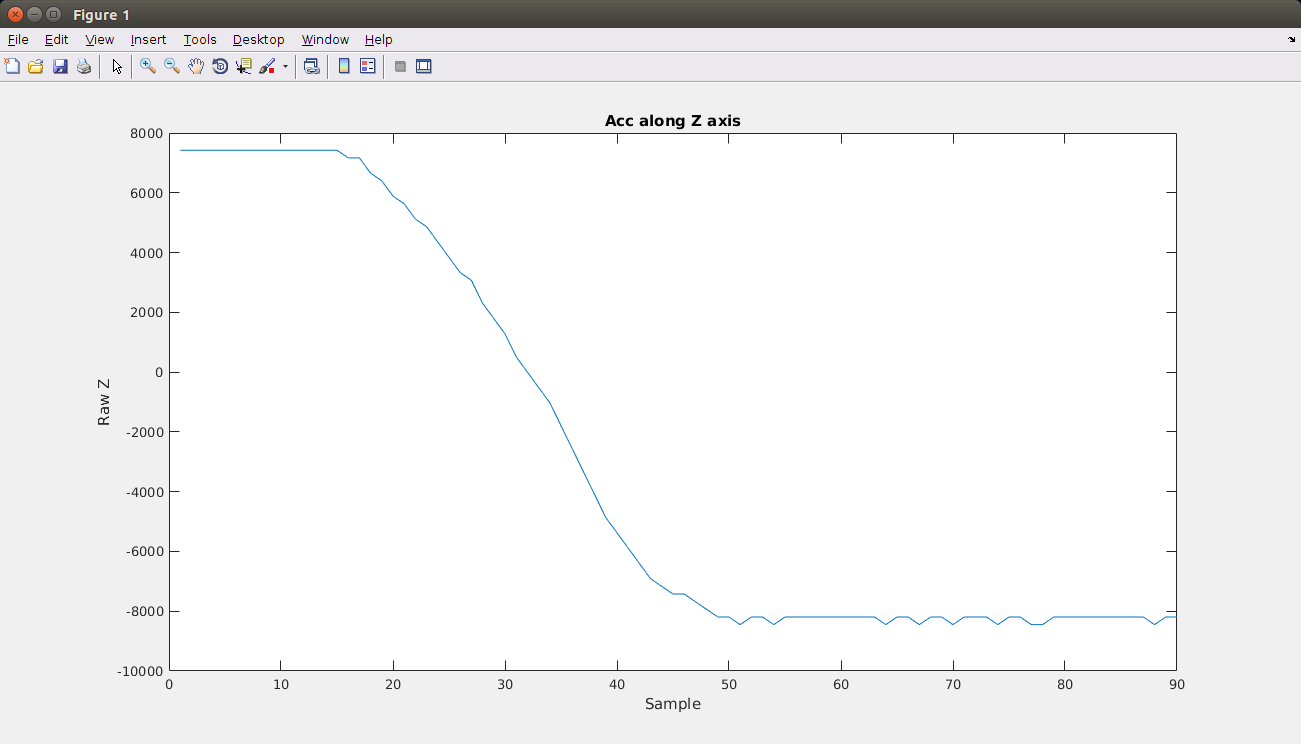 Using a 16g configuration, the resolution is too low. I changed it to 2g in order to get a more accurate value of gravity and performed the same test. 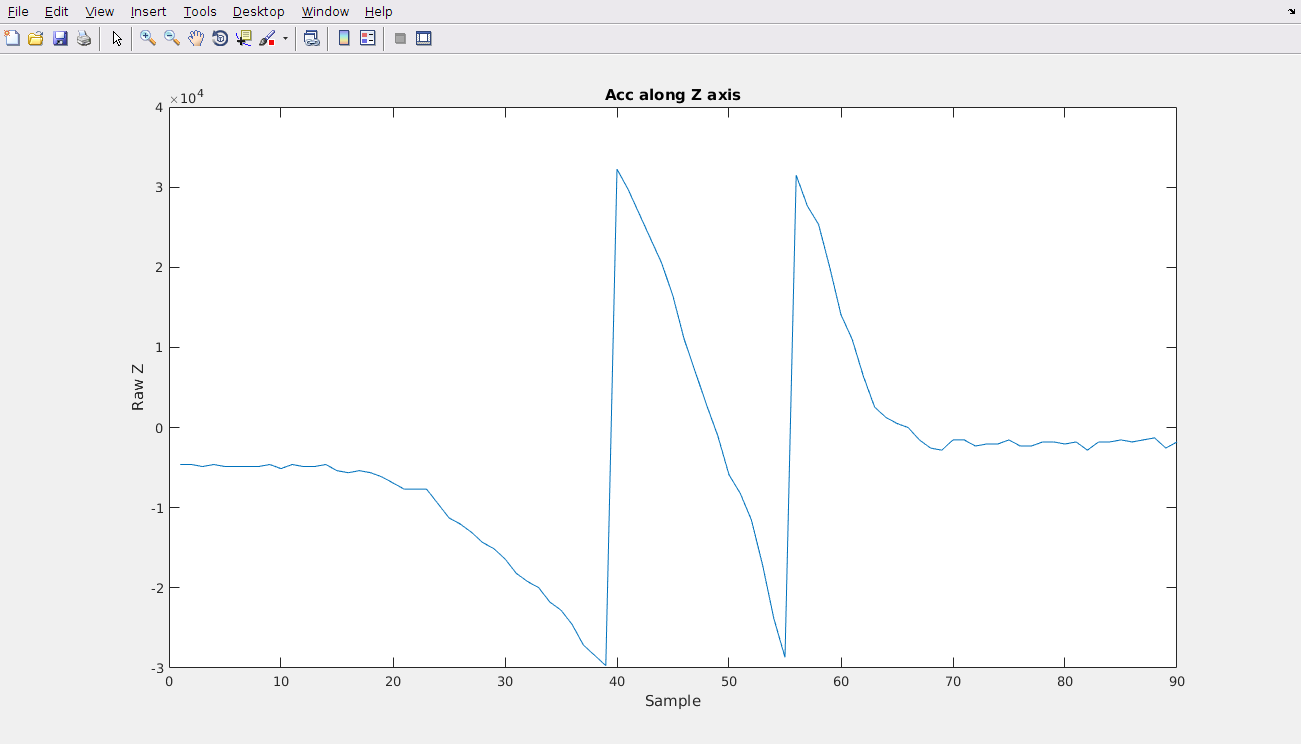 As you can see, the is a roll over effect probably caused by the number of bits used in the register to save the value. With 16g mode the module uses a 13 bit register, with 2/4/8g mode it uses a 10bit register.

Which approach do you suggest to reconstruct the acceleration value?

In this question @davidcary mentioned the roll over effect.

I am reading two bytes, it is the same code I used for the 16g mode

Here is a screenshot of the registers containing the Zaxis values

Here is another problem, I will open another question for this but it is worth pointing out the following problem. Please focus on the Z axis only 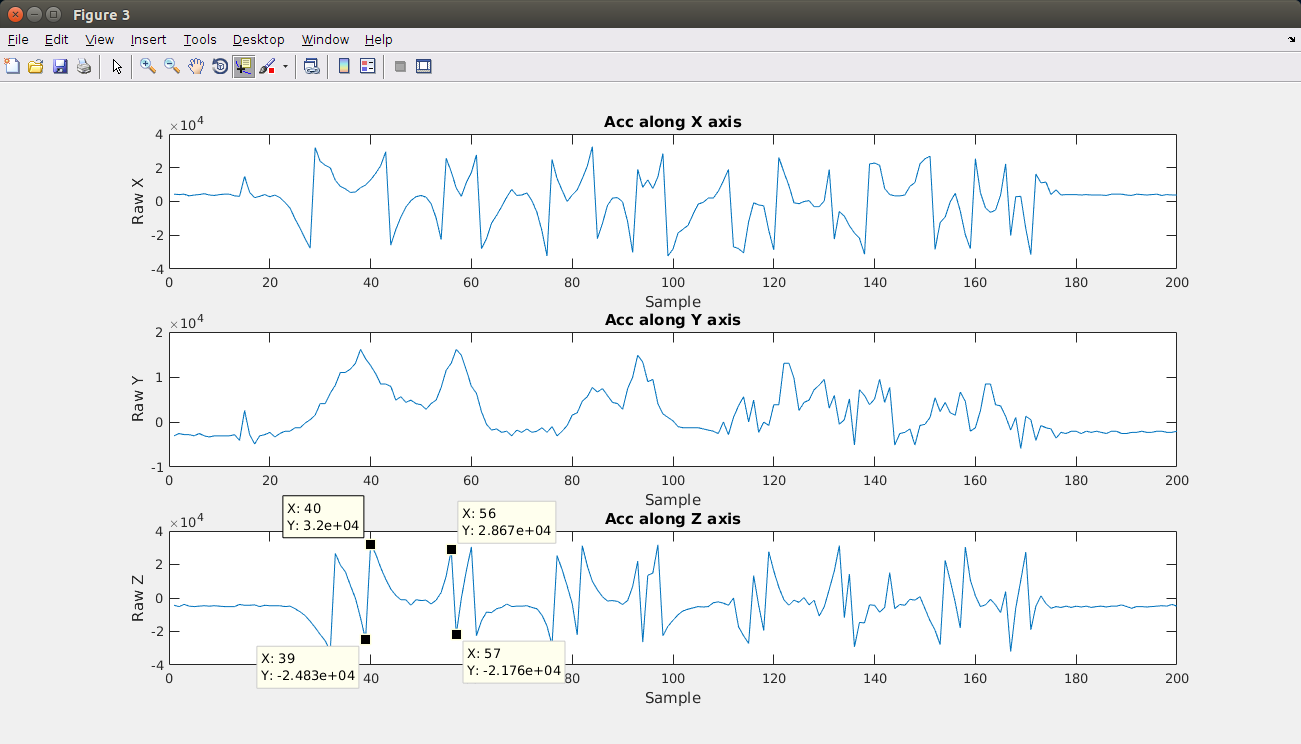 As you can see, the shift is not costant. The average shift is around 58.000 but sometimes it is smaller than this. If we apply the same correction to all shify occurence we will end up with this: 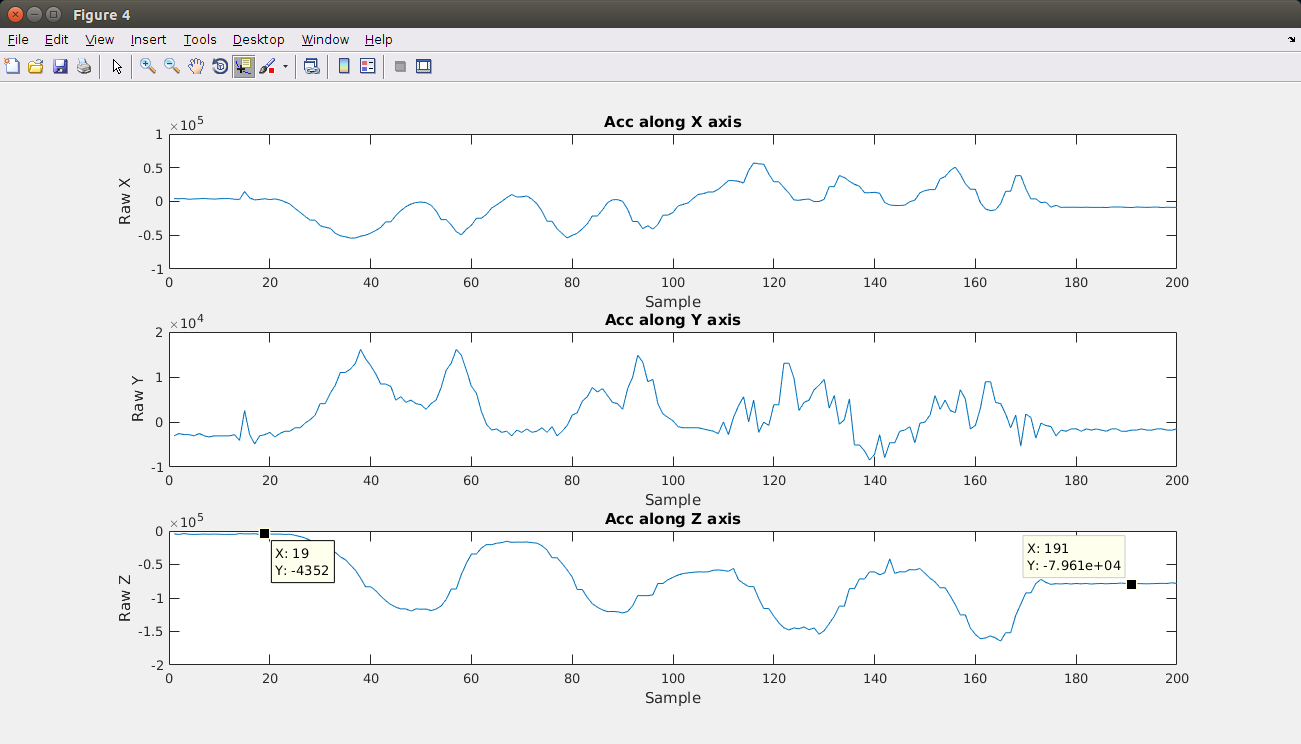 If the threshold after which the correction should be applied is not correctly defined, the resulting data won't be accurate. In Figure 2 the acceleration along the Z axis after the test is different from the initial zero value which means disaster...

The reconstruction you are looking for is called unwrapping. I have implemented this in C++ with good results last year when measuring the total revolution of a car wheel. In matlab: link

The "roll over" observed (actually, a wrapping) is not caused by register overflow, but by the signal change of measured gravity acceleration. The tolerance tol should be half the peak-to-peak amplitude observed.

In C, it would be something like this (haven't tested this, but the idea is here):

Not the answer you're looking for? Browse other questions tagged arduino i2c accelerometer calibration or ask your own question.

10
Recovering data from a saturated accelerometer