I've been given the task to design a multistage transistor amp.
Specs given are: 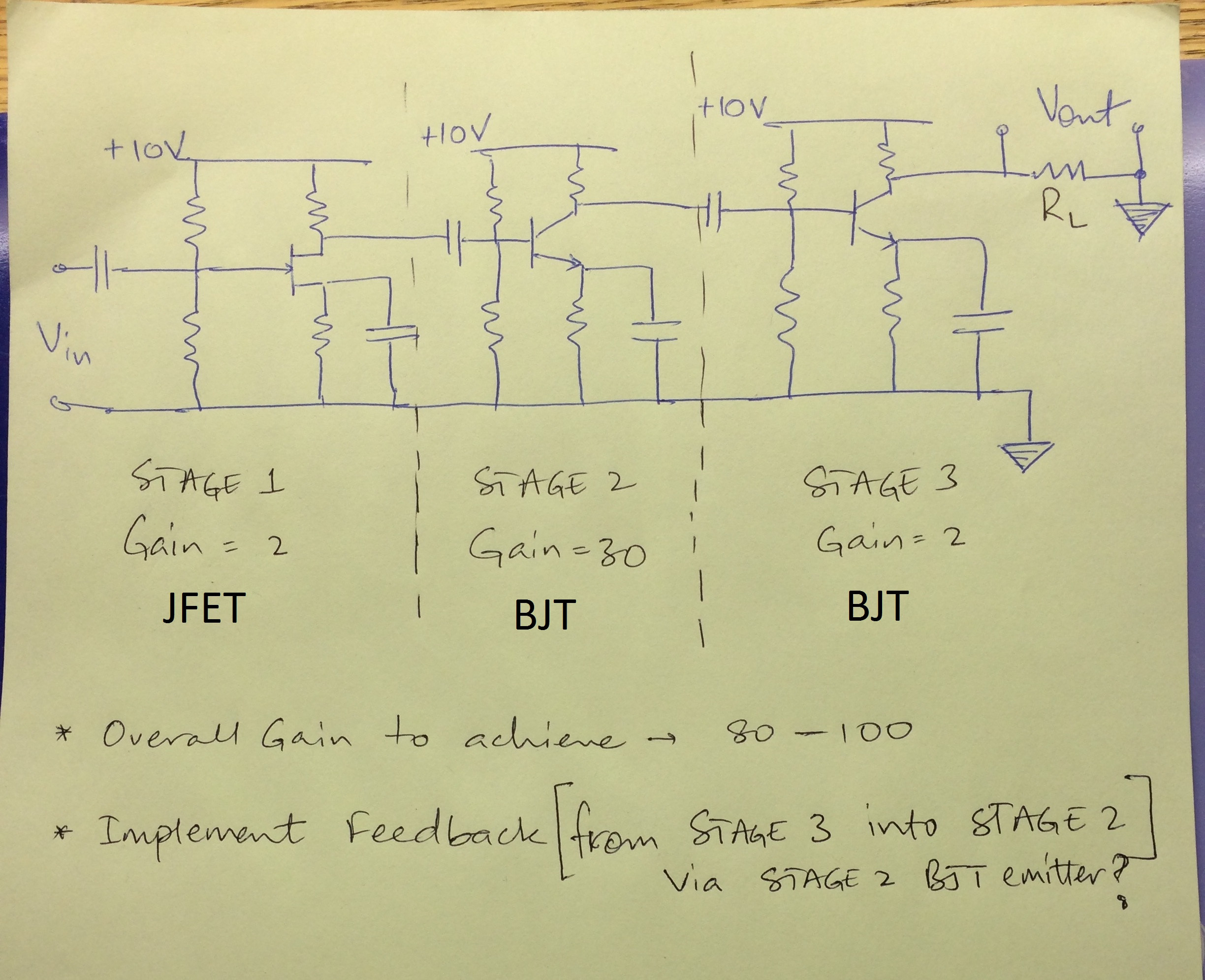 [PS. I am aware I don't need the emitter cap in stage 2 of the design above; I believe I must split the emitter resistor into two separate resistors for the negative feedback I'm hoping to implement.]

I'm trying to design the first stage using JFET, but haven't been able to design it very well.
From the data sheet, I see the typical values for IDSS and VGSoff are 10mA and -8V (Although in the lab, actual VGSoff seemed to be = -4V).

Keeping this in mind, I calculated values of resistors:
Assuming RD = 4.5k and RL=10k, I calculated RS = 350ohm. This didnt seem to work in simulation in PSpice or when I built it in the lab.
Is there a way to calculate RD/RL instead of assuming values?

However, I have a question regarding biasing in my case. I went with R1=R2=2Meg (for low freq response). Still didn't work.
Which, from Self-Bias and Voltage divider at gate, seems like the best way to go in my design?

Even if I get values, I could calculate backwards and see how the theory works out.

Help much appreciated!
Thanks

The design is a bit off in some areas, first the FET biasing scheme is fine but its a bit of downside as you will limit the input impedance, you should aim for a self biasing scheme, FET will not give you a gain typically more than 4 times so its up to the later BJT to exact the gain.

Let Re in both stages be split to 2 resistors, with the lower in parallel with bypass cap, your lower frequency limit is calculated by the bypass cap \$ value = \frac{1}{ 2*pi*R*C} \$ where R is the resistance in parallel, for high frequency limit you should connect a cap between collector and ground or Vcc and calculate the value the same but with the resistor being the collector resistor.

I forgot to add the higher frequency limit capacitor, add it in the last stage from collector to Vcc before the decoupling cap, for feedback take a line from R8 top through a resistor and capacitor up to R14 top (input of Q1), I not that experienced with Feedback but I think it sould do a shunt-shunt feedback. 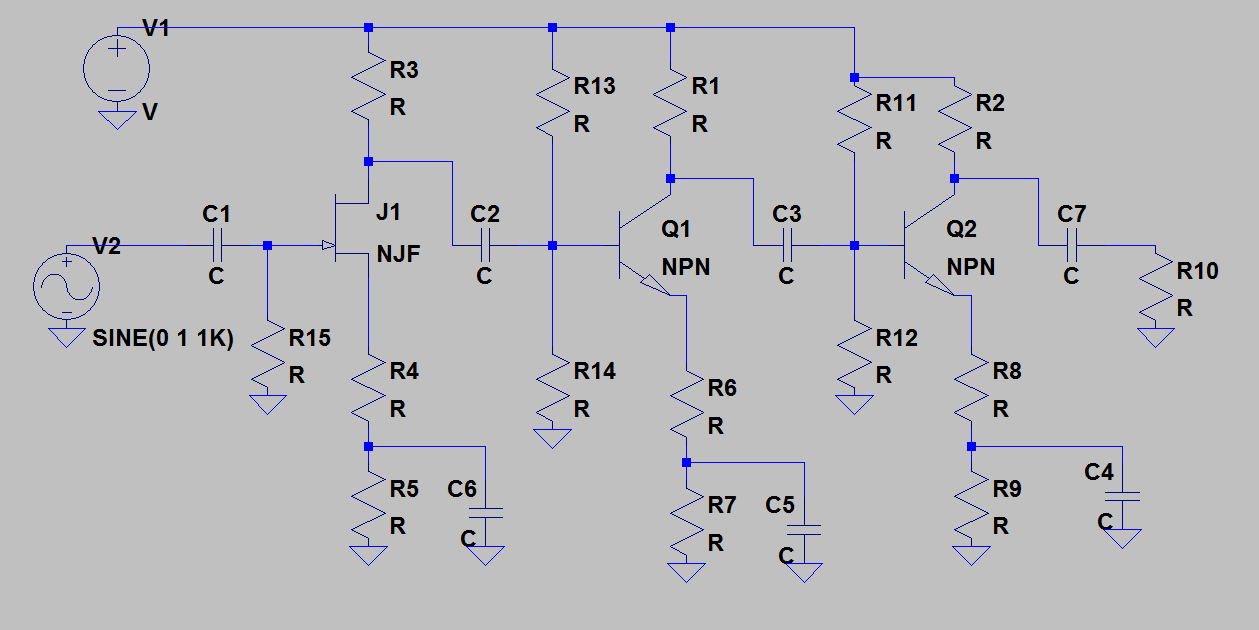 Not the answer you're looking for? Browse other questions tagged amplifier bjt jfet or ask your own question.

0
Multi-stage amplifier coupling
7
Would this JFET+op-amp circuit work?
0
Designing a multi-stage BJT amplifier
1
Multistage Low Noise Amplifier
3
How does this Push-Pull amplifier work?
0
QUCS simulation radio transistor amplifier
0
Common emitter: maximize effective voltage gain
4
Which is broken, the amp or the driver of this subwoofer?
0
(Lack of) Miller Effect in Cascode considering Common Emitter and Common Base Seperately
1
Using an N-channel JFET as a VCR