I'm a little confused about why these exist and what their distinction between regular positive voltage regulators are.

Is the current flowing in the other direction? The positive regulator would fry or cause an open circuit?

Simple answer: You would get 5V in your case, but referenced to -12V instead of ground. In other words, you would have -7V, not -5V. In addition, the regulator would only source current onto the -7V rail, not sink it as would be expected for a negative voltage.

What you've done here is basically replacing the rest of the circuit with Thévenin's generator. The load doesn't care what you have on the other side because it will simply see the positive voltage.

Let's take a look at this simplified circuit: 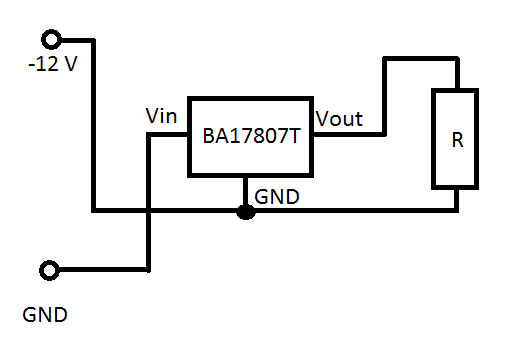 Here we have the -12 V connected to the GND pin of the regulator, the outside GND connected to Vin of the regulator and we have a load connected to the regulator. The voltage on the load in this case will be +7 V, because the load's ground is same as regulator's ground. We've basically created a new virtual ground from which we can count voltage, however the main point is: There's no big difference from load's point of view between this and just calling the GND +12 V and the -12 V GND. You already need to have the negative voltage from somewhere and negative regulators are usually there to solve the somewhere problem. Also while the voltage at the load will be -5 V from the point of view of the main ground, it will be +7 V from the point of view of the load.

Here's another circuit which uses the same reasoning as the previous one: 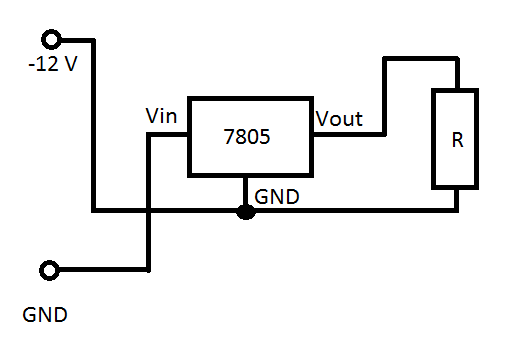 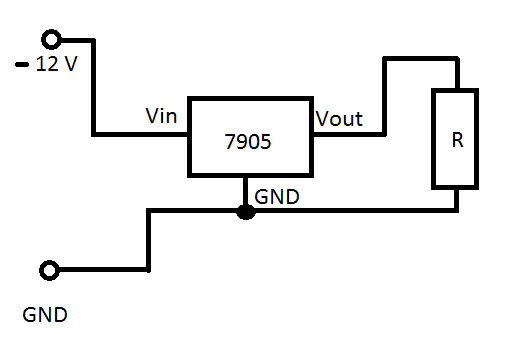 There is IMO no 7V regulator commonly available, and your solution would behave unexpectedly in the case that the -12V is unregulated:

Lets say the voltage climbs to -10V because of higher current. Now the output would be only -3V in your case. A 7905 regulator would still output -5V.

Not the answer you're looking for? Browse other questions tagged voltage-regulator or ask your own question.