The DRV8825 boards from Pololu come as complete, readymade chopper boards with a current of up to 2.2A. However, I want to drive a bigger stepper motor, and happen to have a few leftover boards around.

Is it possible to get more current out of these boards bu putting two boards in parallel? If I were to do so (just to see if it works), would I be at risk of blowing a board?

You can't connect multiple drivers to the same motor without risking damage.

The TI DRV8825 contains two full bridge MOSFET drivers, each of which drives one of the two phases of a bipolar stepper motor. 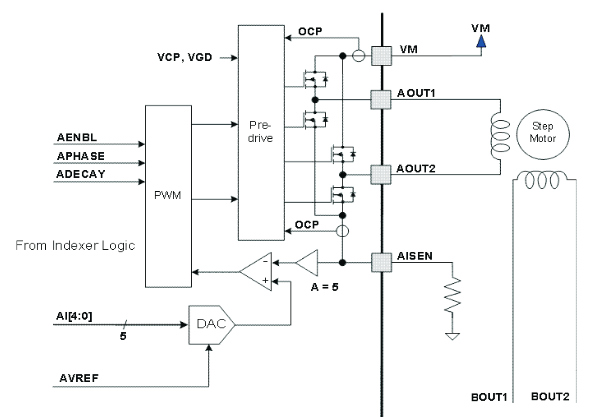 The motor driver attempts to keep the winding current of each phase at precisely the commanded value. In order to accomplish this, the phase currents are continously measured and the effective winding voltages are adjusted using pulse-width modulation (what you call "chopper drive") so that the currents stay close to the values commanded by the indexer logic. 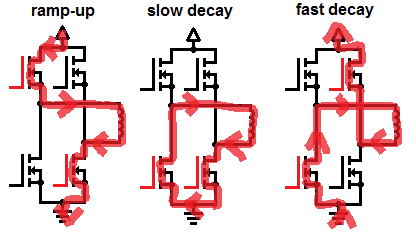 The DRV8825 has no provisions for synchronizing the PWM outputs, so a shoot-trough is guaranteed. Thanks to their overcurrent protection the chips might (or might not) survive the abuse, but certainly the motor won't be driven satisfactorily by this arrangement.

Not the answer you're looking for? Browse other questions tagged stepper-motor or ask your own question.