What's the purpose of traces that are later punched out?

I've found this odd feature on an FPC in a Camera than handles button and switch input. 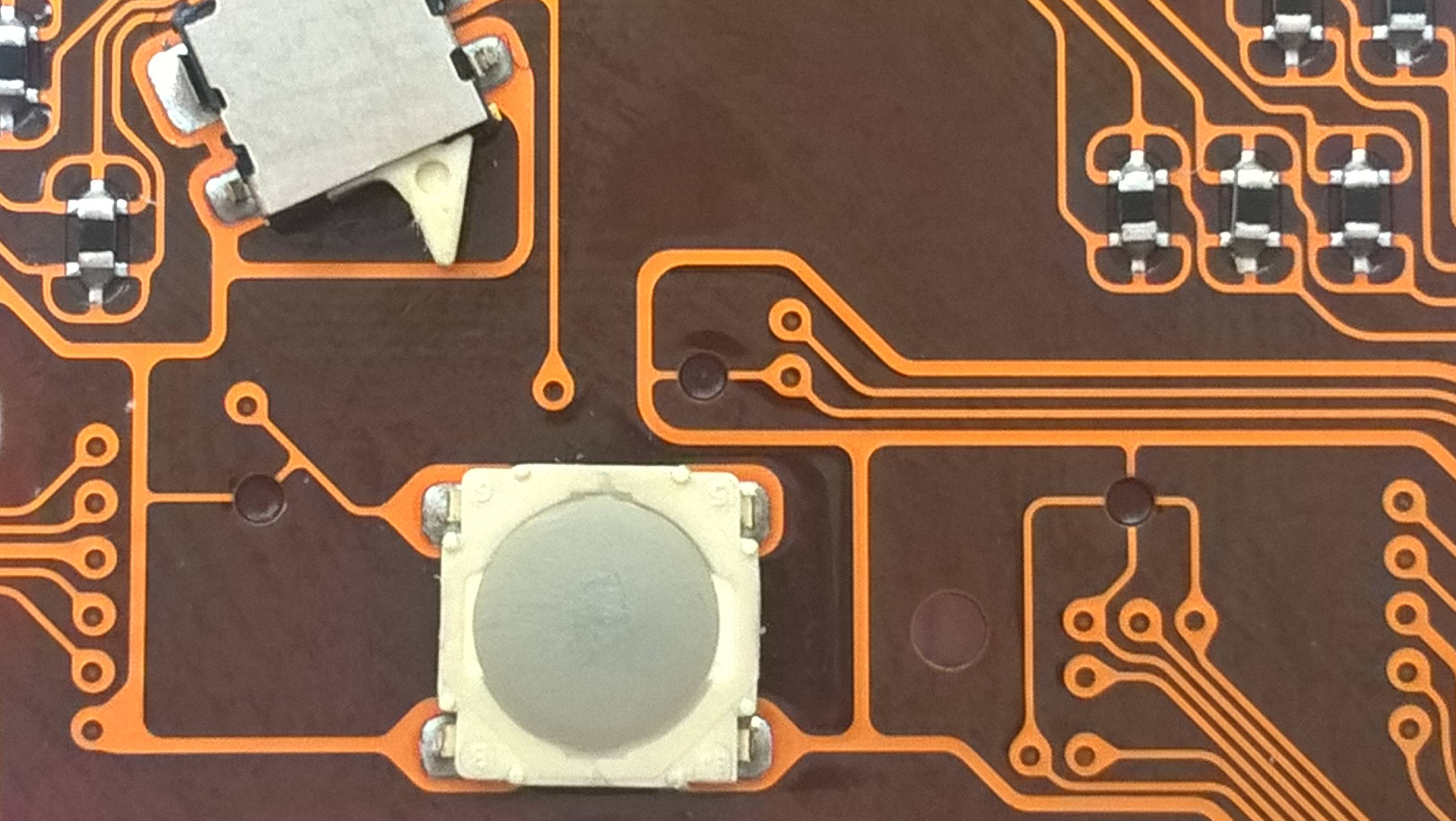 You can see there are traces that look like they were once connected and later punched out to be cut. The one on the left once short-cut a button, which would have the same effect as if the button was pressed all the time. 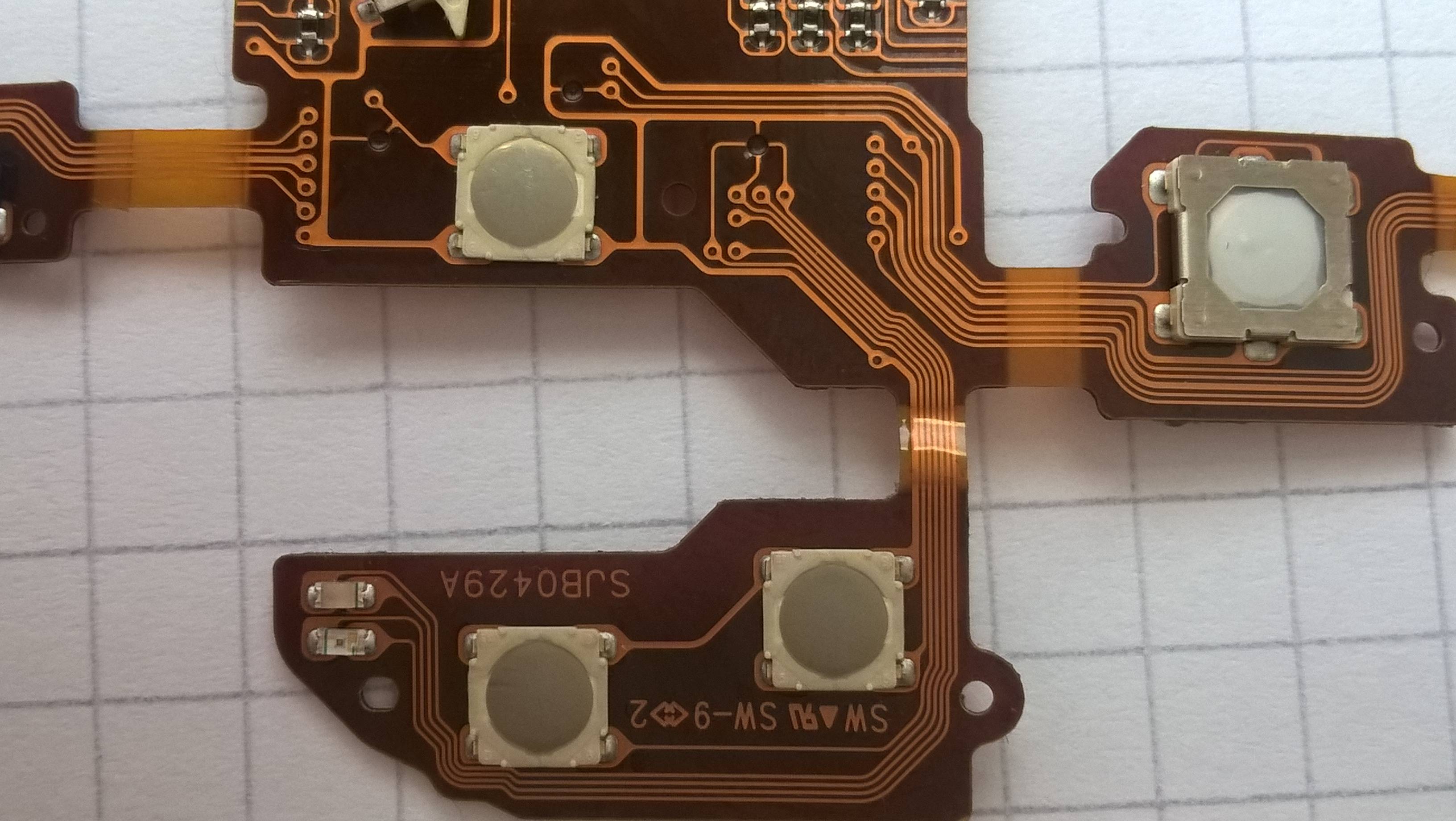 Here you can see the other components involved. The Button on the right is a two-stage button, the other trace leads to the Anode (yes, Anode, not Cathode) of an LED.

I've never seen something like that, what were those traces used for before they were punched out? Are those commonly used for testing parts of a circuit? Could they be a manufacturing or layout error that had to be fixed later on?

Actually, if you look closely you see that many of these holes connect switch channels with their common signal (ground or supply).

So this is simply to test the fabrication of the FPC itself, before it is put through the expensive process of trying to put relatively large switches onto a flexible substrate.

Happens quite often that an FPC features special traces and tricks to be able to test it through its own edge contacts, as pogo-probing a flex PCB is a nightmare in and of itself.

I have just only seen the holes drilled/lasered/punched out tactic twice before, more commonly they use special traces that are then discarded in the end-use. Causing all sorts of other confusion.

That said, of course for a high-end camera they'd set up the whole shebang to just be able to reliably probe an entire FPC panel in the normal way, since it'd be worth the initial cost.

This is even more evident, by the way (forgot to mention initially), by the fact that all these connections happen at the "trace end". The Point where the switch trace via's away. Now, that may be a coincidence at first sight, but if you look at the ground trace going down, that trace next to it could have been connected elsewhere as well. This "design effort" to loop all the way round is maybe partly to save on number of holes, but most likely also a guarantee that the entire switch-trace can be tested.

Further I think, looking at it more closely, it was to test the flex before the rigid parts were laminated onto it, since you can see the holes are "stoppered off" by the rigid parts behind them.

Another possibility is to disable features when assembling a "lesser" model. So you can use the same PC or flex circuit for a range of models and decide which options to implement during manufacture.

Not the answer you're looking for? Browse other questions tagged led pcb layout button fpc or ask your own question.

1
IR LEDs for illumination, as used in night-vision cameras
2
RGB LED brightness levels
1
Removing wires from a circuit board socket
3
What is the purpose of the diodes on a Samsung LED TV backlight bar
1
Illuminated LED and push-button using only 2 wires
1
Probable issue with 74HC595 not outputting ANY data
1
KiCAD: Adding a label to schematic produces error in Pcbnew
1
How do cheap Raspberry CSI-2 cables get around differential impedance matching