Regarding the normalized and denormalized representations of binary floating-point numbers (as described in the book by Patterson), I want to know how a denormalized number is really shown. 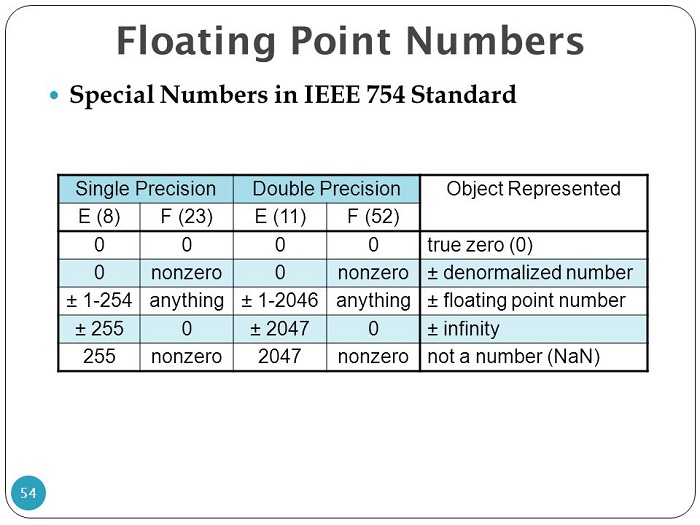 What it means to be normalized is dependent on the particular floating point format. Some formats have no way of expressing unnormalized values.

I'll illustrate normalization using decimal. Suppose you store floating point values as 6 signed digits with a signed 2 digit power of 10 exponent. for example, 123456 07 means 123456x107. The 6 digits is called the mantissa, and the 2 digits the exponent.

To get the most precision, you use the minimum exponent such that the number still fits into the 6 digits. Another way of saying this is that you adjust the exponent so that the left-most mantissa digit is not zero without losing any digits to its left. For example, if you were trying to represent 12.34, then you'd encode it as 123400 -04. This is called "normalized". In this case since the lower two digits are zero, you could have expressed the value as 012340 -03 or 001234 -02 equivalently. That would be called "denormalized".

In general, you want all the numbers to be normalized because it maximizes the precision. It can also simplify computations and minimize roundoff loss in intermediate calculations if you know where the left-most non-zero digit is.

Sometimes the term "normalized" is used a little differently when performing operations on these numbers. For example, when adding you have to "normalize" both numbers to the same exponent, which will be the larger of the two. That causes the digits of both numbers to line up so that you can add them properly. It may cause digits to be lost off the right end of the smaller number. That's life with floating point numbers, although hardware often carries intermediate calculations to more digits to minimize accumulated roundoff.

Most hardware implementations use binary because this makes the hardware simpler. As before, normalized means that the left-most mantissa digit must not be 0. Since it can only be 0 or 1, that means it must be 1. If you're clever, you're now thinking "But if it's always 1, then what's the point of actually storing it?". Good question. You can get away without storing it. This is often done and is called the vestigial one.

Note that when using vestigial one, it is not possible to have unnormalized numbers. Shifting the mantissa right one and incrementing the exponent by one to compensate doesn't work because the vestigial one is now for a bit that is supposed to be zero.

There are two more wrinkles often used in real binary floating point formats having to do with how the signs of the mantissa and exponent are handled.

For various internal reasons, it is often more convenient to store the mantissa in sign/magnitude format, as apposed to the common twos-complement format used for integers. The absolute value is stored in the mantissa, then a separate bit used to indicate negative.

The exponent is often offset so that it is never negative. Instead of storing it in the common twos-complement form, the half-way value is added to the exponent, then that stored as a unsigned integer. In the case of a 4-bit exponent as in the example above, you would add 7 to the actual exponent to get the 0-15 unsigned raw exponent value. This is called "excess 7" notation. For example, if the actual exponent was -3, you'd add 7 to that to get 4, so the final 4-bit exponent would be 0100.

It turns out that if you store the sign, exponent in excess notation, then mantissa with vestigial one in order from most to least significant, you can sort the resulting string of bits as if they were twos complement binary numbers.

Here is a example to illustrate the above. We'll use a binary floating point format with a sign bit, 4 digit exponent in excess-7 notation, and 8 bit mantissa with vestigial one. These fields are in most to least significant bit order. The binary point is assumed to be immediately to the left of the mantissa, which is also immediately to the right of the vestigial 1.

The number 1.10 20 is a normal number. The table that you referred to shows exponent values as represented in IEEE754 format, where it actually stores a biased exponent. For single precision float types, the exponent is added a bias of +127 to actual exponent value. This transforms a real range of [-126, +127] into [1, 255]. Notice, that the range used to represent exponent doesn't have '0' in it. Thus, exponent value of '0' is special and considered to represent either actual '0' value or a denormal number.

Coming back to your example, the actual exponent '0' would be represented as '127' in IEEE754 format and hence it is not to be confused with a value that may result in represented value of '0' (real exponent -127 or lesser). For more information and a lucid explanation, you may also refer to this article

Not the answer you're looking for? Browse other questions tagged binary floating-point or ask your own question.