I purchased a Lepai LP-2020A+, which is a pretty good little amp for the price, but I've modified it to make it much better and decided it deserved a better casing to look the part, too. So I constructed a little elegant wooden housing for the amp, to get rid of that carry (an attempt to adjectivise the noun car!) appearance.

I assumed the amp's original aluminum housing worked as a sort of Faraday's cage to avoid external electrical signals from coming inside the system, so I covered the inside of the wooden housing with several layers of aluminum tape that's in contact with the original front and rear aluminum panels (which I kept, because they looked rather good on the finished product), thus effectively closing the Faraday cage of sorts.

So everything's generally fine. There's no outside signals getting in, no more noise than there was before, at any rate. However, when one touches the amp (even when one touches the wooden housing, which is strange), normally when one's turning up or down the volume, turning the device off, one gets some electrical noise.

I'm wondering if anyone might have any idea of how I can get rid of this noise that only appears when one touches the amplifier.

I'm including a photo of the LP-2020A+'s PCB as it arrived (yes, the noise was there even before I modified the components). Hope someone out there can give me a hand! Any info will be greatly appreciated! 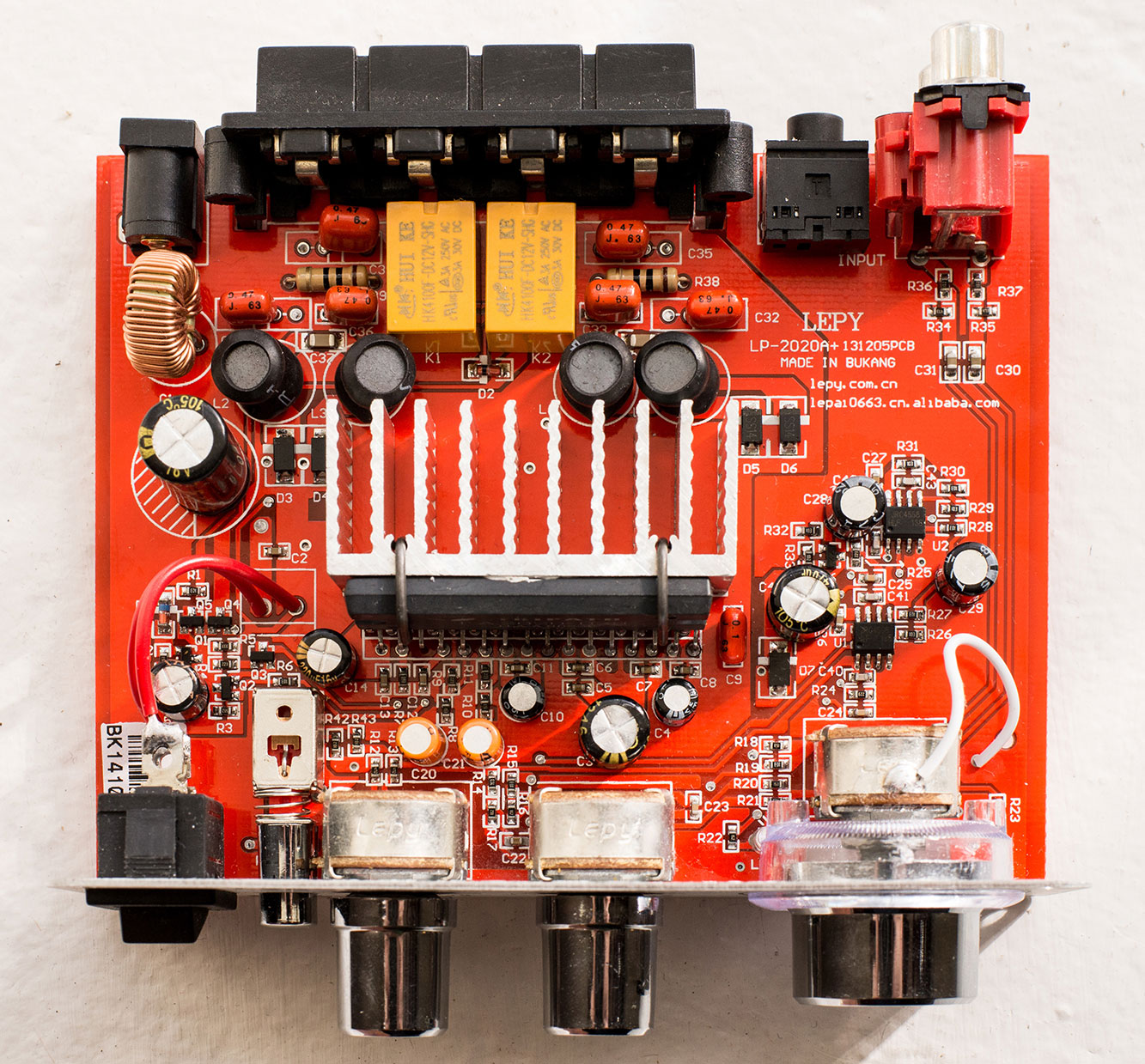 I have a similar one (Lepai 808), without noise problems anymore. In the beginning the two channels were not at equal volume.The problem was 3 cold joints. Your problem is clearly something with the ground. It seems that is somewere disconnected or not fully working. Try to find where, repair it and no more noise.

Not the answer you're looking for? Browse other questions tagged amplifier noise static class-b-amplifier or ask your own question.

1
Noise when powering headphones amplifier through USB port
5
My amplifier produced a negative gain when it should be positive. Why?
4
Get rid of the AC 50Hz noise from circuit
2
getting rid of dc offset at input of unity gain difference amplifier
1
Detecting touch using electrical noise on microcontroller pin
0
Getting rid of charge injection click and hum sound on this switch I have designed
0
Noise when amplifier and chromecast share a power supply
0
Why noise when increasing amplification of last cascade of transistor amplifier?