LM317 to charge a NImh battery from usb [closed]

Hi want to charge my 4000 mAh 1.2V nimh cell battery simply, I do not use them very often. So I wanted to plug this kind of voltage regulator 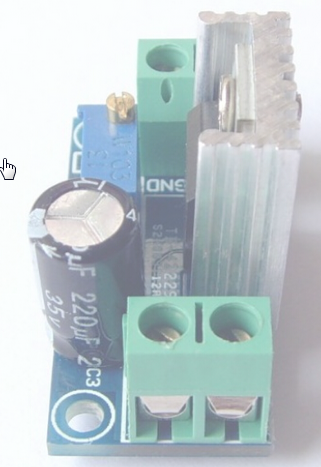 Any idea to boost this current?

1.45V is not enough to force a higher charge current through the cell.

You can charge NiMH at very low rates without damaging the battery. You still have to have a current source rather than a voltage source.

Do NOT raise the voltage on your voltage regulator to force more current into the cell. 100mA probably won't kill the cell quickly (if the cell is a typical 1000mAh or higher cell.) 500mA would probably shorten the cell's life considerably.

If you want to charge the cell at more than a safe trickle, you will need a way to automatically shut off the charger when the cell is full. There are many techniques to recognize a full cell. You can either do the research and find out how they work and implement it yourself, or you can by a charge management IC that knows how to do it. Or, of course, you can buy a commercial charger that has all that done for you.

Simply connecting a modern cell to a power source and waiting is a recipe for a dead cell, a fire, or an explosion. The higher the charge current, the more likely the explosion. And keep your paws OFF of rechargeable lithium cells if you don't have a proper charger - they are far more likely to self destruct.

Forget to mention: If you are trying to charge from the USB port on a PC, you will only get 100mA. 500mA from a PC USB connector requires that the USB device talk to the controller and request 500mA. This EE stackexchange question explains the details.

TL/DR: You need a proper charge circuit for NiMH.
Charging with a simple voltage regulator will sooner or later kill the cell.
You can't expect more than 100mA from a PC USB port.

Not the answer you're looking for? Browse other questions tagged batteries lm317 nimh or ask your own question.