How to lengthen a short pulse?

i'm building a shot counter circuit for my airsoft gun controlled by an ATtiny26L MCU, where the shots are detected by an infrared diode + phototransistor couple. The PT outputs positive signal when it's triggered by the IR LED, which goes into a PNP transistor to invert the signal and then I have an electrolytic 1uF cap to lengthen the pulse, a 100k pull down resistor (initially there was a 1k), and a 1k resistor to regulate the output current to lenthen the cap's output: 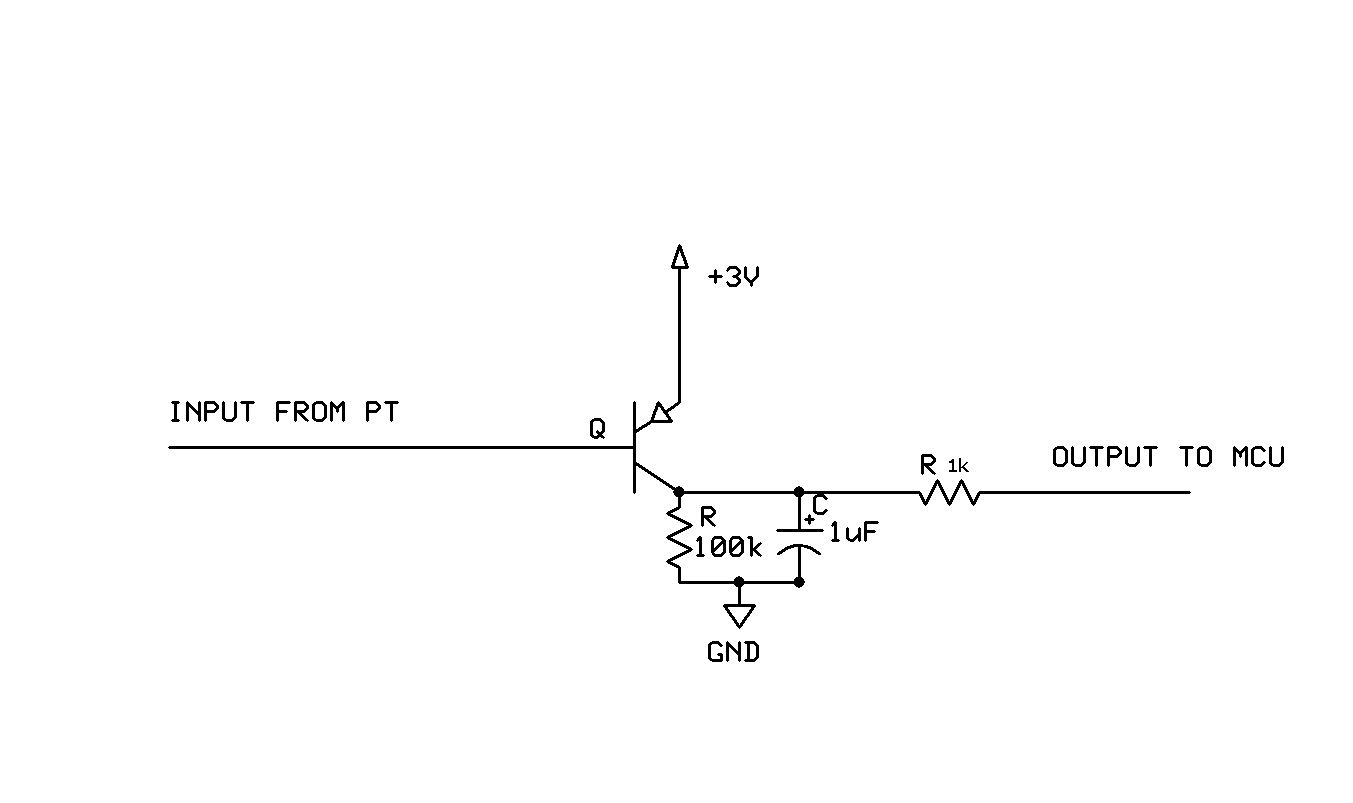 The circuit works flawlessly when I block the IR diody by hand or drop a BB through the detector. However if I shoot a BB through it doesn't detect it.

The shot BBs trigger the detector for around 70 microseconds and if i'm correct there shouldn't be any trouble with a such big cap as 1uF lengthening the pulse, but maybe i'm doing something wrong? Or perhaps the phototransistor won't get triggered in such small time?

Also my MCU runs at 1MHz.

I'm glad to hear any tips.

Your positive-going signal from the opto-sensor will turn off Q allowing C to discharge through R. With 100k/1u you have a time constant of 0.1s so the voltage will hardly budge in 70 us.

The circuit of Figure 1 may behave better.

I would use mono-stable multi-vibrator for that. 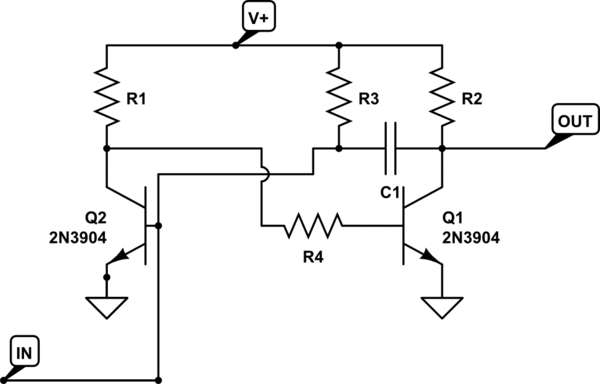 As others have said, you probably don't need to actually stretch the pulse, but if you want to, here is a very easy method- use a 74HC123 retriggerable multivibrator:

You can pick Cx and Rx to get whatever pulse width you want, on whichever edge you like and pick either Q or /Q for regular or inverted output. 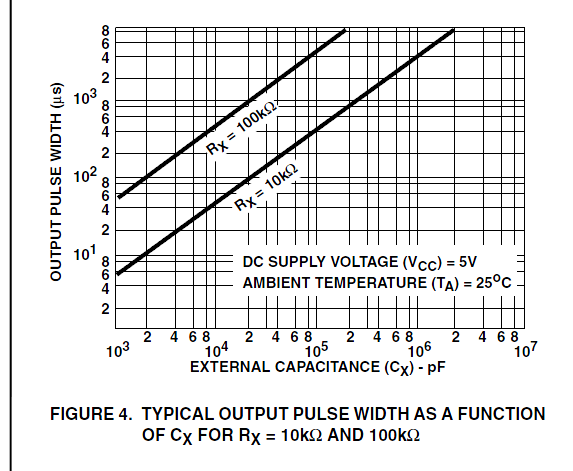 They in duals in various packages (DIP if you like), for less than 50 cents ea.

Edit: If you needed to stretch an extremely brief pulse, there are variants such as the 74VHC123A which are much faster, but it's not necessary here.

Not the answer you're looking for? Browse other questions tagged microcontroller capacitor pulse or ask your own question.

3
How to generate a short (µs) high power pulse
1
How to generate a short, slightly stepped up pulse?
3
What is a typical response time for a photodiode/phototransistor?
0
How short is short enough for pulse measurement
3
Device/circuit for high current, short pulse discharge?
3
Convert 2s pulse into short pulse to wake up ESP8266
0
short pulse suppression
0
How can I create a long (10 second) pulse from a short active pulse?
0
How do you get a short pulse out of a sustained high?