Currently I'm working on a project which uses a bluetooth module (Bluegiga WT32i) to get audiostreams from my iphone to a 3.5mm stereo jack input for a car AUX input.

The problem now is that I have very little experience in analog circuitry and ran into some problems when playing songs with quite some low frequency bass tones. All the low bass tones are somehow filtered out of the output.

I used the exact circuit from the dev-kit from the bluetooth module. Basic simulation in LT spice shows a clear filter behaviour on both low and high frequencies 40hz and 20KHz.

Is the filter output required at the output of the bluetooth module, or can I adjust the circuitry to prevent the low tone signals from being filtered out? 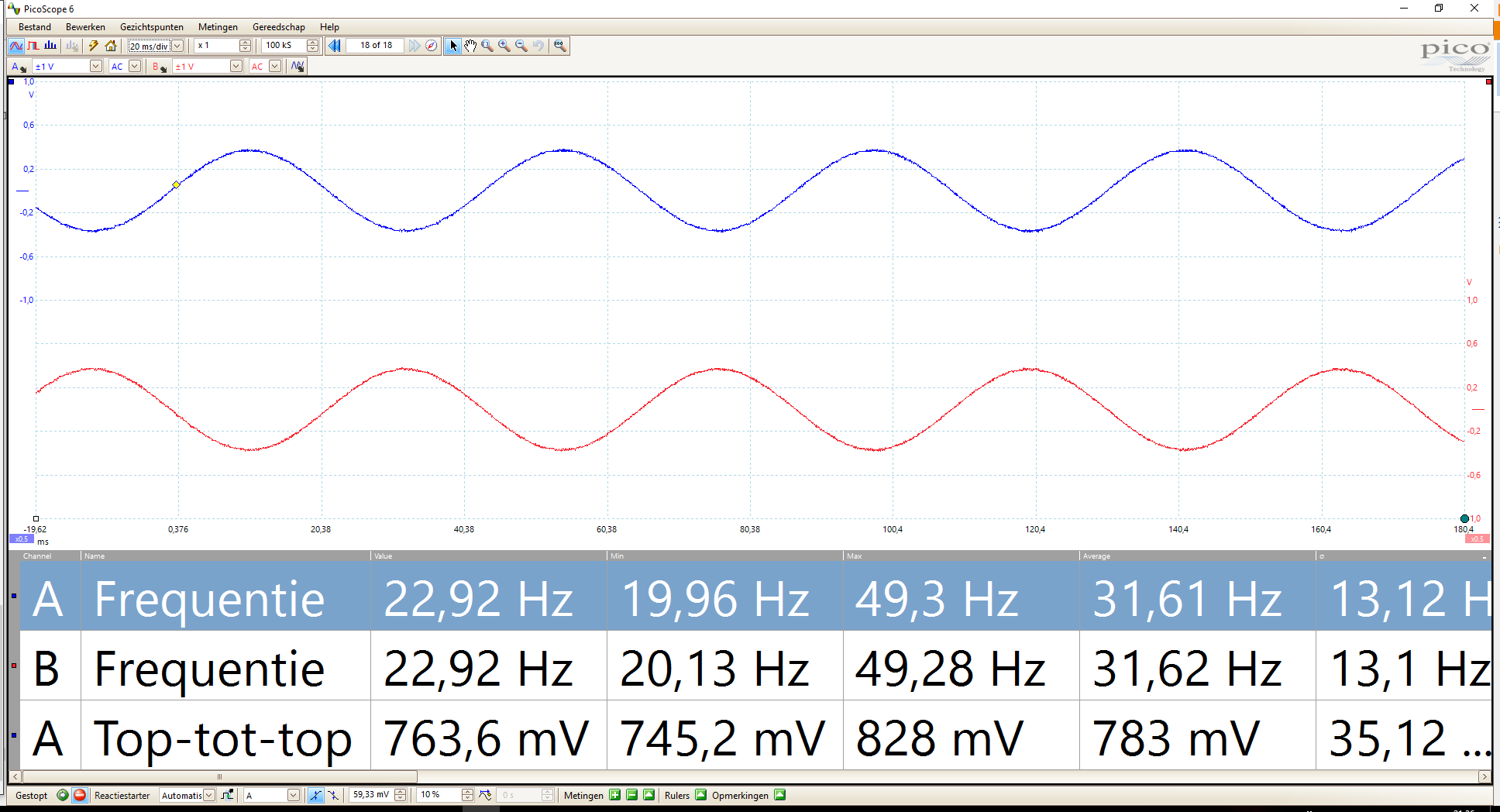 I just measured the output of the bluetooth module when playing a frequency test stream which goes from 20Hz to 20Khz.

I matched the output amplitude to the same gain of the smartphone direct output (±750mVpp) The bluetooth module puts out a audio stream based on the AAC codec.

Both directly from the iphone as from the bluetooth module the complete frequency response is clearly measured by the scope.

Now the complete frequency band comes out of the bluetooth module with the same amplitude I am not sure why the low tones are missing.

Has anyone an idea where to look next to find the cause of the missing low frequency tone when playing music?

I measured at the end of the audio cable to make sure I measured with all the potential connector and cable losses.

Further testing shows some additional results: when a laptop is connected to the bluetooth module the audio is like described above, missing the low frequencies.

if I disable either the left or the right channel in the windows audio properties the other channel together with the LOW frequencies is active! I still measure the same amplitude at the output. this effect happens for both the left and right channel.

When I now play a test tune of 40Hz it is not at the output when both channels are active and decreasing one of the channels enables the low frequencies more and more. that's right both the left and right channel are out of phase by 180 degrees! (I should have seen that earlier in the scope view!)

Which means of course the lower frequencies are resulting in no output at all.

Question now is how is it possible that both channels are exactly 180 degrees out of phase?

Assuming you meant to put a 1MΩ resistor on the output, your filters are flat across the audio band and shouldn't be affecting your audio.

Also, you can simulate the AC response of filters in LTSpice with the .ac simulation command, like so: 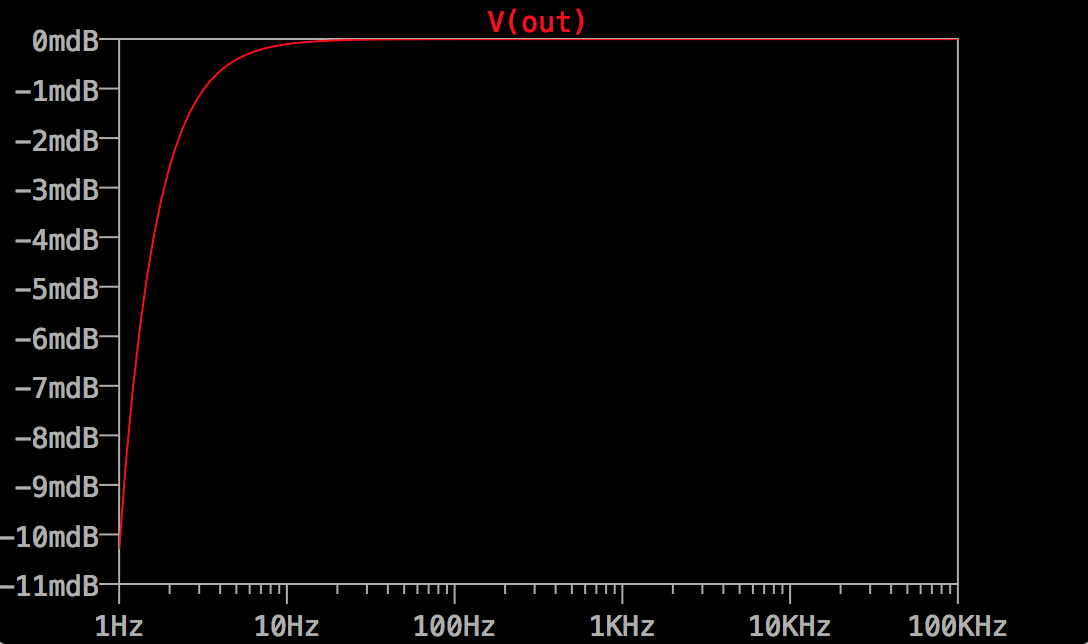 Which shows the frequency response is completely flat.

However, if that series capacitor is reduced to 1uF to match your schematic, you lose a little bit of low-end, but the -3dB point is still below 20Hz (i.e. it's not a significant amount).

After I found out the 180 degrees offset between left and right the solutions was easy to find:

Although I thought the amplifier was turned off, it was enabled in software by mistake. And because the amplifier inputs are connected incorrectly (both inputs are crossed) I got the 180 degrees difference between left and right :(.

Not the answer you're looking for? Browse other questions tagged audio filter bluetooth or ask your own question.