How to distinguish PNP and NPN transistors?

I need to know how to distinguish between an NPN transistor and a PNP transistor. If I pluck any transistor from a radio, how can I know its nature using a digital multimeter?

This is pretty easy. I used to do this routinely in high school when salvaging parts from unknown discarded boards.

As Spehro said in a comment, sometimes you can find a part number. In that case, you can find the datasheet and get the parameters outright. However, all too often there is no manufacturer's part number, or its just a short code, or its a in-house number. Especially with the smaller packages, you're going to have to experiment.

First, make sure the ohmmeter is not set to some extra low voltage mode intended to not forward bias diodes. Some meters have such a feature. In this case, you definitely want to forward bias the junctions.

A bipolar transistor has only three leads, so only 6 possible two-wire measurements when taking polarity into account. From the view of probing with a two-wire ohmmeter, a bipolar transistor looks like two diodes back to back. There is one B-E and one B-C. In a NPN, it takes positive voltage on the base relative to E or C to make the diodes conduct, and the other way around with a PNP. The "N" and "P" in the names tells you the voltages required to make the diodes conduct.

Figuring out whether you have a NPN or PNP and which lead is the base is therefore easy. The next problem is to figure out which are the C and E leads. On most packages, C is in the middle. On a power package, C is usually connected to the case or tab or whatever.

Another way to test for C versus E is to measure the gain. A transistor will still work with C and E flipped, but the gain will be higher when connected as intended. I usually did this by connecting the meter across C-E. With the base floating, there should be no current so the meter should read infinite resistance. Now use your fingers to bridge C and B. You should see a lower resistance than if you used your fingers to bridge C and E. That apparent lower resistance is due to the transistor amplifying the base current.

Now run the same test with C-E flipped. Most of the time, one orientation has a obvious higher gain. If not, then you can run this test with a real resistor instead of your fingers.

Honestly it is better to type up the first line of numbers/letters you see on the front face of the transistor, add the word "datasheet" and search it up on google (and try to go for the PDF results). You will able to determine if it is PNP, NPN, some other transistor like a mosfet, or a miscellaneous chip. You can also know all their characteristics.

If you don't have Internet and want to test if it is NPN or PNP, set your multimeter mode to diode mode (should have the image of an arrow with a line at the end). Using the two probes, probe the three legs all 6 possible ways (because two probes cannot probe the same pin) and put results as a table on paper with one probe on the same pin on the same row. If your result comes out like this (not in order):

Then you got a NPN transistor. Else if your result comes out like this (not in order again):

Then you got a PNP transistor.

If your results do not match these, then you probably don't have either a PNP or NPN transistor as there exist many other types of transistors, and some basic computer chips can be made to look like a 3 pin transistor (voltage regulators, Hall effect switches, AM radio IC, temperature sensor).

If you don't want to use the Internet to determine the properties of a transistor, you could buy a Peak Atlas DCA55 semiconductor analyser, but I doubt that's necessary at this stage. (But it's good for determining if the transistor is fake if you compare it with the datasheet online)

Note that because of the marvel of modern, inexpensive microcontrollers, and clever open-source software, there are small, inexpensive pieces of "test gear" which will identify and measure a wide variety of transistors, NPN, PNP, BJT, FET, etc. and thyristors SCR, Triac, etc, resistors, capacitors, inductors, etc.

There are perhaps two dozen slightly different implementations of this design available on Ebay at any given moment with prices around US$15-25 The more sophisticated ones have graphic display screens that draw the symbol of the device and identify the pins (Emitter, Base, Collector, or Source. Gate, Drain, etc.)

Here is JUST ONE example of these gadgets. There are many variations avaiable with nearly identical features and similar prices... 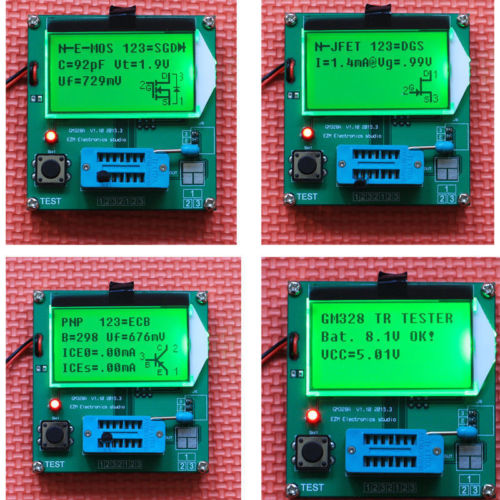 first thing find any number on the transistor this number is the key of transistors with the help of datasheet or the internet, ie you can find the type of transistor and the characteristics of it

secend if you don't find any number on the transistor you can make this circuit to find the kind of the transistor, but befor that you shoult know the Transistor Package Styles chek this link 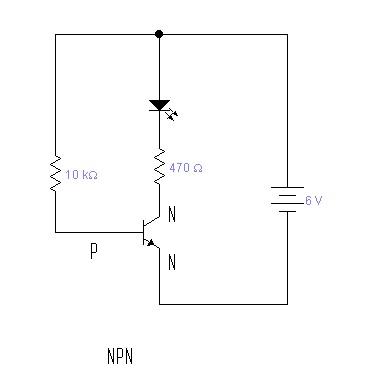 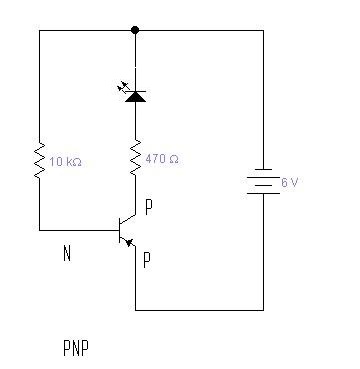 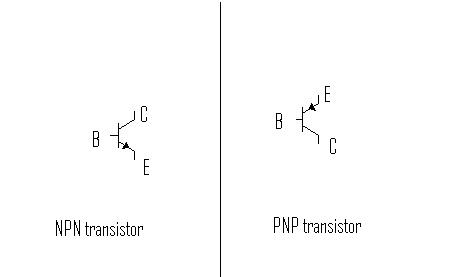 i hope this can help you

https://www.youtube.com/watch?v=2vk7JS-0ir0 use this vedio u can get full vision about testing the npn and pnp transistors