Basically just after opinions on using LiPo or LiFePo4 for building a diy motorcycle battery. My current lead acid battery just died and i'm sick of replacing them after 1-2 years.

Background info - Bike is a 2007 BMW F800S with a 400W alternator and 14.4V peak charge voltage. From what I can gather online, the system puts out closer to 13V at idle and has enough current to run everything off the alternator alone at idle.

My problem - LiFePo4 has low current ratings, and LiPo has impractical cell voltages.

Doing some research the lithium motorcycle batteries you can buy online all use LiFePo4 as a 4 cell gives the right voltage range, but they seem to most commonly have a 4 series/2 parallel setup (A123 cells) which gives about 140A peak - this is below the current lead acid battery which does 200A.

LiPo on the other hand will easily do >200A from a small pack (easy to get packs with C ratings higher than 100) however 3 cell is impractical as the fully charged voltage is 12.6V (lower than alternator output) while a 4 cell pack would mean the resting voltage per cell is around 3.5V, which is close to the discharge voltage on these packs.

At this point im leaning towards trying with A123 in 2 parallel and see if it has the cranking current to start the engine easily - this is the tried and tested solution - but would be very keen to give it a go with LiPo.

I would stick with the standard lead acid style of battery. They are safer, cheaper, more rugged and drop in replacement. Another real good reason is that the Lithium style batteries require very specific and stringent charging circuitry. You would not be able to simply connect the Li style batteries up to the existing charging system that was designed for a lead/acid style battery. If that was done you could risk battery explosion or fire.

If it seems like the lead acid batteries that you are having to replace are not lasting as long as they should then I think you would do well to investigate this and make the necessary corrections.

An alternative you might consider is using a small bank of supercapacitors. They're super simple to use, can last longer than electrochemical cells, and have much better behavior over temperature. There's examples on youtube such as this video which prove it works on cars.

The leakage is low enough to leave it sitting around for a while too. Not quite as low as I would like, but extra parallel banks help solve that issue. The associated costs used to be fairly obscene but they're much more reasonably priced now. I would also recommend packaging the capacitors better than that example shows.

If you wanted extra capacity you could even parallel it with a battery that you keep on standby for extra power if you ever need to let it sit with the lights on.

Lots of other applications use supercaps lieu of batteries for their bulk energy storage where long life and wide operating temperatures are a consideration.

4 cell lipo pack will be 16.8V full charged but that full charged value drops off rapidly in practice. You'll find most batteries have a discharge curce similar to this where that initial voltage drops off pretty quick leaving you with a pack at nearer 14.4V. 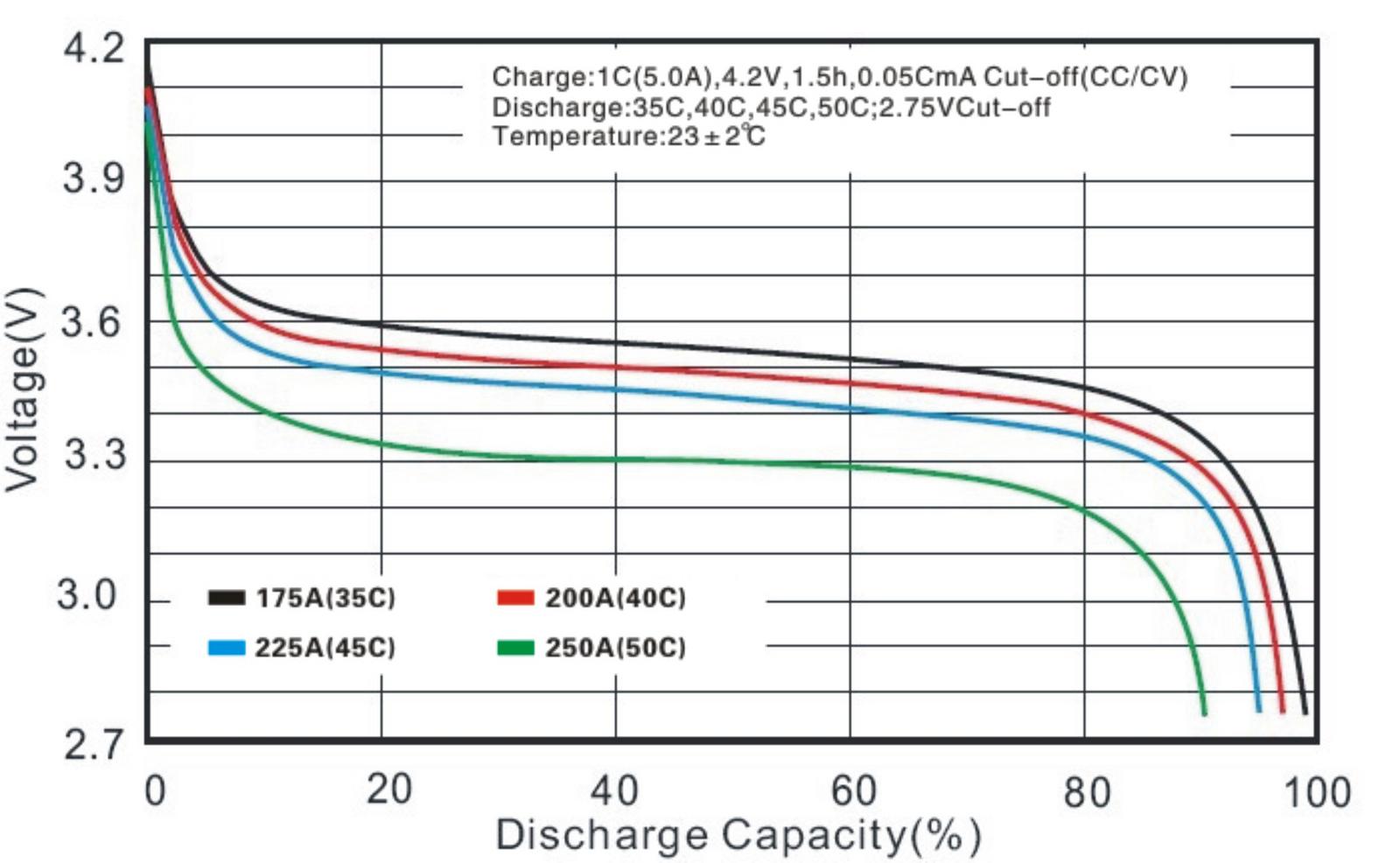 I don't have any experience with bikes but car electronics are designed and required to handle much higher voltages in the case where a battery terminal comes loose with an alternator running producing huge voltages so I would have through 14.4V wouldn't be a problem. This is only for a short period so you could always go with a system that only connects at crank if you're worried about the excess voltage.

When charging the cells, you could use a Buck–boost converter that would keep the voltage at the right level no matter what the alternator is producing. You also have to make sure that the convertor has a current limiting option, like this one.

In both cases it's recommended you have a BMS with balance capabilities and a current limiting charger. When the batteries get full, the BMS disconnects the pack from the alternator automatically.

I would probably do it with a 4S LiPo pack because it would be cheaper and more compact. I would expect the pack to last for ~4 years and then I would reconsider it.

If you are worried about the battery discharging, as stated, a decent motorcycle battery charger will work well. There are several dealers of them specific to motorcycles (i.e Battery Tender as an example company, can't highly recommend them, however) that you connect once to your battery/electrical system in some way, and have a capped connector placed withing easy reach. Using this, you can easily hide the connector (using zip ties, or my favorite, Velcro) out of sight and safely out of the way. When you get back to the garage, you only have to reach, uncap, and connect. This will negate the need to remove the fairing more than once (after the initial install, if you connect the wiring directly to the battery).

I used this setup (a battery charger with a 10' cord, and an SAE 2-prong connector with cap) on my bike for about 4 years. Battery finally puked after the charger itself got disconnected from the wall. As Michael Karas mentioned, you should definitely check his 3-point bullet list, along with perhaps "Are there any other loads causing the battery to be used?" i.e. very minor phantom loads that will eventually drain a battery no matter what over time. Some systems keep things turned on no matter what (i.e. anti-theft alarms and other integrated systems).

Not the answer you're looking for? Browse other questions tagged batteries automotive lipo lifepo4 or ask your own question.

15
Using LiFePO4 battery as car battery
1
Yet another Lifepo4 charging question
3
Battery charging for DIY laptop
2
How to charge this lipo back?
1
LiFePO4 or 'Standard' lithium (Chinese cell) pack for e-moped build