I wanted to know the difference between the motor(s) used in the Tesla Model-S and commercially available motors. 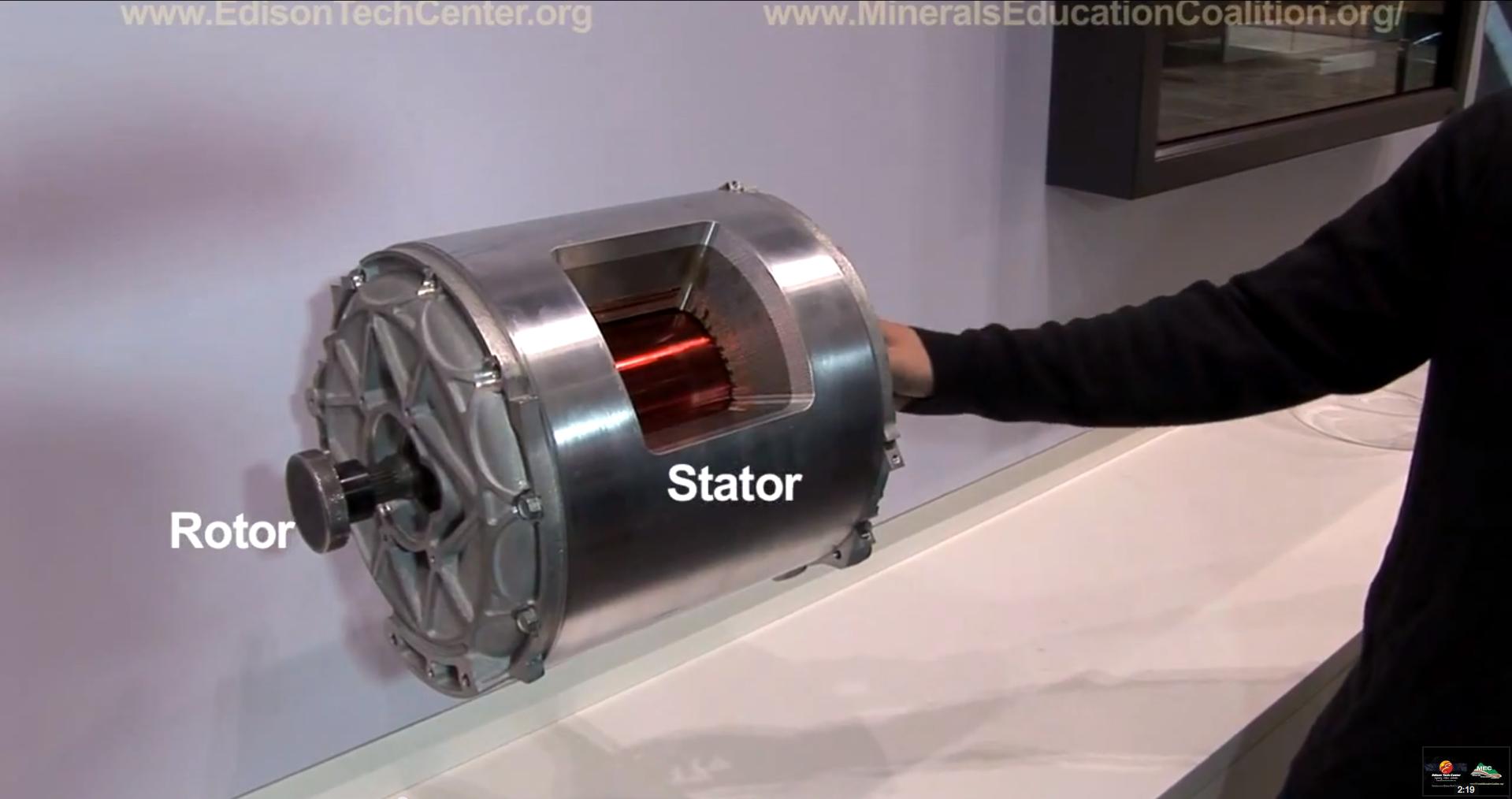 I have been very confused. They both are approximately the same size and of approximately same dimensions. Yet, the motor in the Model-S is capable of delivering upto 259 horsepower, where as a similar sized motor is rated to deliver only about 15 horsepower.

My question is, what makes these two motors so different even though they are physically so similar?

The short answer: they were both designed to do what they needed to do. One just cost more to do it.

The long answer: Horsepower is proportional to speed. If you could spin that industrial motor as fast as the Tesla motor could spin, it might get close to the same horsepower - just before it shatters into a thousand flying pieces. The industrial motor was designed to spin at one relatively slow speed, determined by the 60 Hz line frequency, and its horsepower specification reflects that. It could be driven faster with a variable-frequency drive, but at a minimum, the bearings would give out before it even came close to the Tesla's speed.

And there are other things added to the Tesla motor to help provide horsepower, besides bearings and a rotor that can take that velocity. The windings can take much more current and the cooling is pretty critical. And as you mentioned, the drive electronics are more sophisticated than what you would find in an industrial environment.

Simply put, one is an industrial workhorse, and the other is an thoroughbred racehorse.

Another aspect is that cars are designed to have a relatively short life. A couple of hundred thousand miles at an average 40mph is a mere 5000 hour design life.

In an industrial application that could mean replacing the motor in little over six months - utterly unacceptable. Lifetimes of ten to thirty years are expected and routinely achieved - that requires lower stress on all parts of the motor - bearings, windings, cooling, and so on.

The Tesla Model S motors are 4-pole motors that appear to reach maximum power at about 5000 RPM (167 Hz). For induction motors, RPM = 120 X Frequency(Hz) / Poles minus about two percent slip. Slip is the difference between the mechanical speed of the motor's rotor and the speed of the magnetic field.

The motor is designed to operate up to about 5000 RPM at constant torque and at constant power (declining torque) up to about 7500 RPM (250 Hz). Above that, both the power and torque decline up to a maximum speed of about 10,000 RPM.

A standard induction motor has aluminum bars to conduct the induced rotor currents. The Tesla motor is said to have a "copper rotor." Copper is a significantly better conductor of electric current than aluminum, so using copper reduces the losses and thus the heat in the rotor. Copper does not have a low reluctance to magnetic fields, and is expensive, so the rotor is presumably mostly iron with copper conductors and/or a copper cladding on the outer surface.

The Tesla motor has a liquid cooling system.

Yes; the controller is a VFD. It completely controls the speed. It limits the torque as required to protect the batteries. The torque capability of the motor must also be considered. However, at some point, allowing the motor to draw more current only provides a little increase in current and risks stalling the motor, so the motor is never operated at its absolute maximum torque capability.

Not the answer you're looking for? Browse other questions tagged motor induction-motor torque vfd or ask your own question.