Trouble Driving a Solenoid with a LiPo Battery

I am having trouble getting enough current to drive a bi-directional solenoid with two leads. I am using a half of a L293 (Quadruple Half-H Driver) to drive the solenoid back and forth. The solenoid has to overcome some stiction so it barely flinches if there isn't enough current. I have gotten it to work, albeit slowly, with two standard 9V batteries in series.

I didn't think the two 9V batteried were pumping out enough current, so I switched over to a 11.1V, 5000mAh - 35C LiPo battery. This battery should be overkill but it's still not driving the solenoid as fast as it needs to.

In the diagram below, VCC2 is the connected to the positive terminal of the battery. Pins 2 and 7 (driver inputs) are connected to a LM556 dual timer circuit (shown below) which creates a timed pulse and only allows one of these pins to be high at a time. The switching circuit works well.

Questions: 1. Is there some way I can further boost the current going to the solenoid?

It's also worthy noting that since I'm using a breadboard and can't properly heat sink the L293, have to unplug after using it a few times. Two times now, it has gotten hot and the circuit oscillates after one of the buttons is pressed. After it cools down, everything works again, so I don't think I let the magic blue smoke out of anything ... yet. 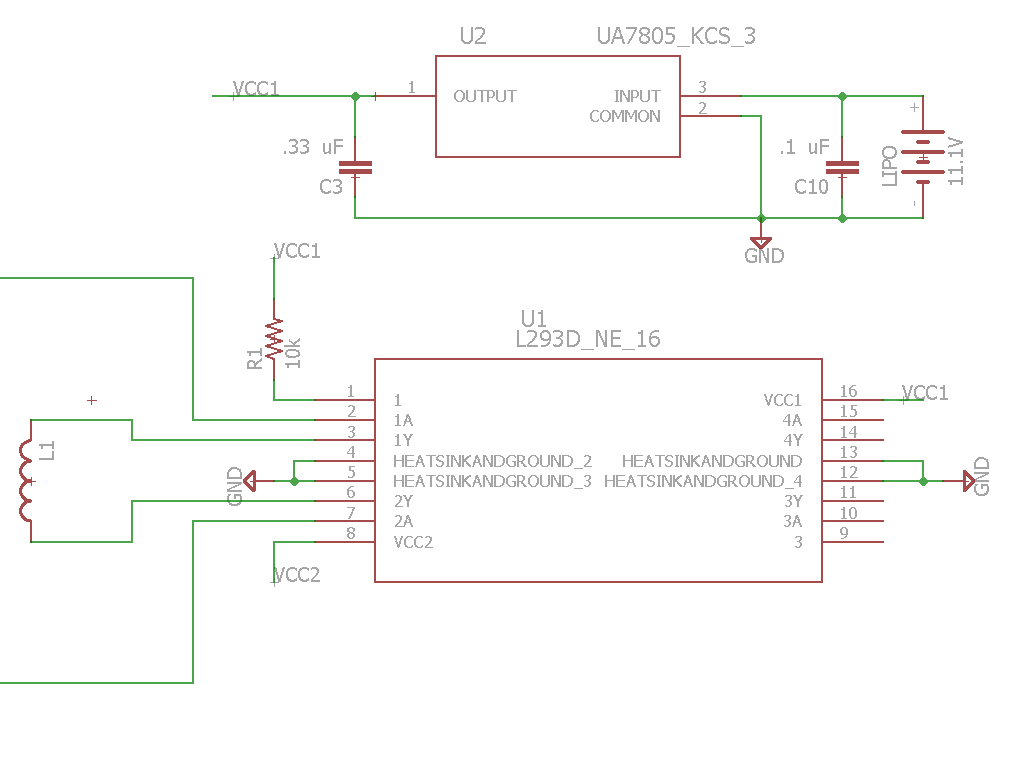 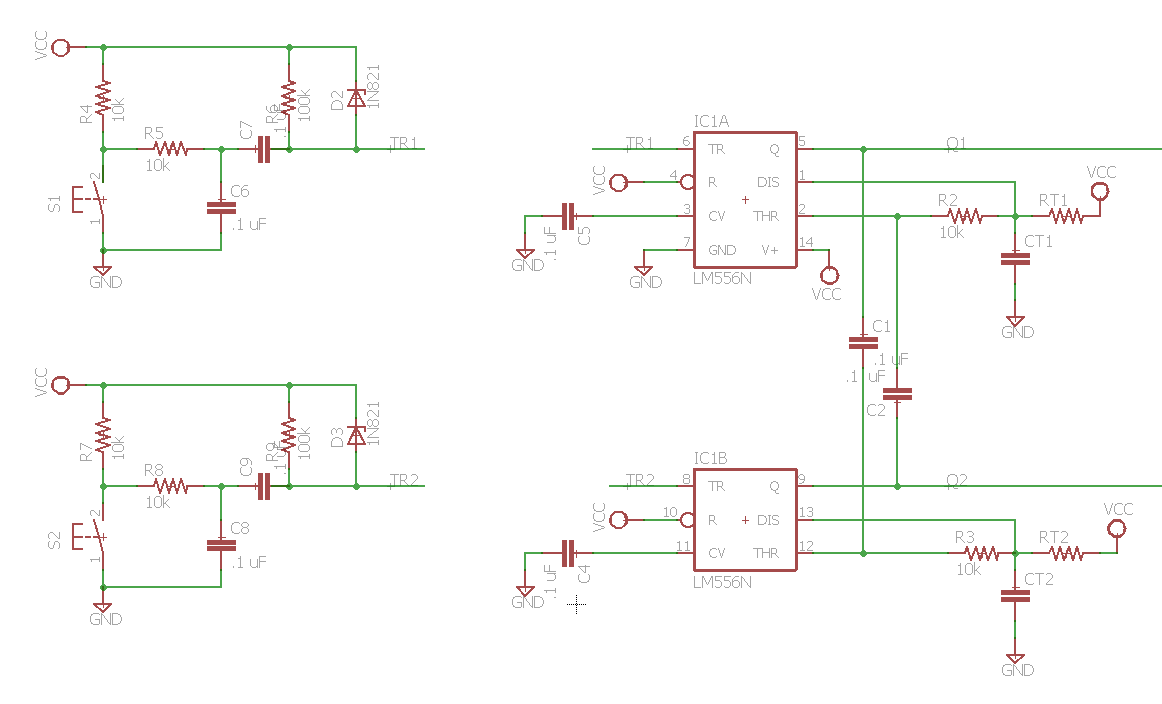 Your issue is voltage under load.

Your two 9V batteries were at a nominal 18V (prob a bit more). When loaded, they probably dropped to 15V or so, depending on the load.

Your heat issue may be from too much current. Your part can only handle 600mA or 1A in the best of conditions (depending on the variant). You should find a way to measure the current. Testing current draw with a DC motor is similar.

Not the answer you're looking for? Browse other questions tagged h-bridge solenoid lithium-poly l293d or ask your own question.

4
How much force does a solenoid really have?
2
How to actuate 24V solenoids from 3.6V batteries
1
Driving a solenoid with a relay
0
transistor toggles an LED, but not a solenoid valve
1
H-Bridge flyback diode selection?
0
Driving a low current solenoid with a low voltage H-Bridge
3
Using pulsed power source and capacitors for driving solenoids
1
Maximum power for a 12V solenoid
1
Why did I burn my L293D H-bridge