Are there gaps in the 2% resistor standard values?

I was reading the Wikipedia entry for E-series resistor values, and I decided to graph the values on a log plot. The plot shows the values nearly evenly spaced, which makes sense because adjacent values are supposed to be related approximately by the factor where N is the resistor series (E6, E12,...,E192).

If I then plot the tolerance range for each value in the E6,E12, E24 ranges, I see overlap for each standard resistor value with the adjacent value – this makes sense because every resistor made can then be used. Here is my plot, which is crude but makes the point – note that I zoomed in a bit, so all values are not shown. 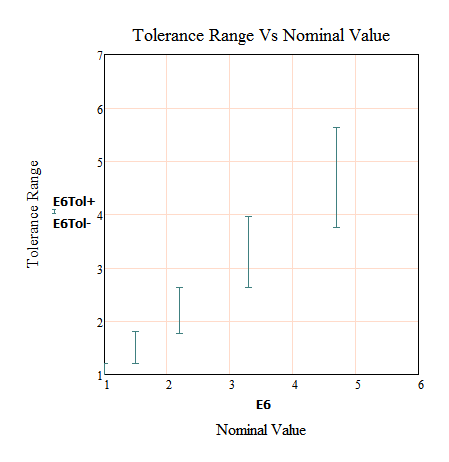 However, if you plot the range of values for the E48, E96, and E192 ranges, I see small gaps. This means that every resistor made may not fall into a standard 2% tolerance value. I show my plot for the E48 resistor series below. I zoomed in quite a bit to make things a bit clearer. 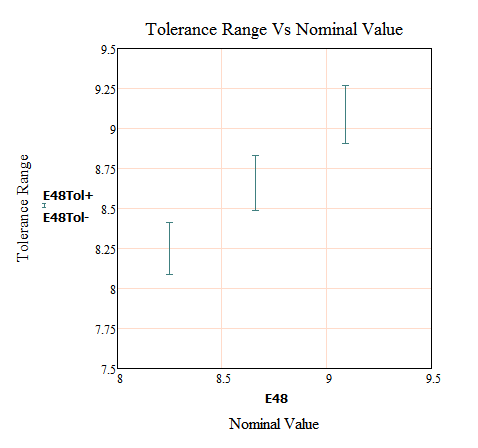 I can also demonstrate that the gaps exist using algebra, but I thought the charts illustrate the issue better.

Are there really gaps in the 2% standard resistor values?

Resistors are not made to random value and then sorted, they are manufactured to be close to the desired value ( a bit lower) and then trimmed with cutters, abrasive or laser trimming) into the final value (sometimes a bit high, depending on the process), typically well within tolerance (typical error is usually less than 1/3 of the guaranteed tolerance, last I measured a bunch.

So the gaps due to rounding or whatever in the standard series are of no consequence to the manufacturers.

As such, you can get much closer than you might expect, most of the time, to the desired value by paralleling or putting in series standard values to make the nominal value very close to the exact value you want.

There will quite probably be - in fact you appear to have shown there are.

However you have to ask yourself if it really matters?

A little algebra shows that there will never be any gaps when using exact values.

Not the answer you're looking for? Browse other questions tagged resistors components or ask your own question.

3
linear resistor values series?
4
Rules for choosing power rating of a resistor
2
Choosing Op-Amp configuration and resistors
1
Why do many resistor kits deviate from E6/E12?
3
Confusion with the meaning of a component tolerance in terms of accuracy and standard deviation
2
Method for selecting unique resistor values in all combinations
0
How to build a digital potentiometer with standard value resitors and MOSFETs?
0
Choosing resistors in series to make standard values