Connecting and soldering audio cable of several earbuds, but none is working 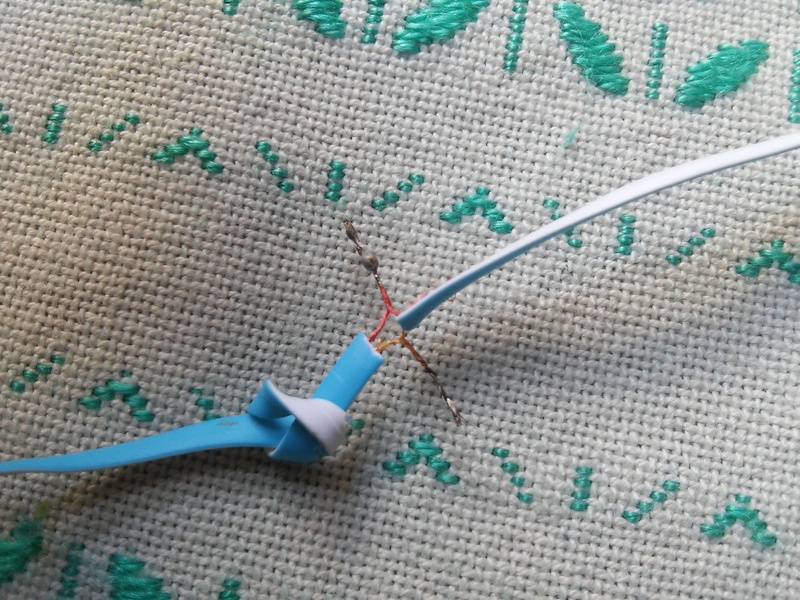 I have about 10 sets of earbuds accumulated over the years, where just one of the two is working or the jack is broken, so I thought to try to fix them.

I didn't manage to recover any of them.

I've seen many tutorials on youtube and read many pages, and I don't think there is anything I'm doing wrong.

It should be as easy as stripping the insulation, separating the wires and removing the smaller insulation and then connecting them, making sure colors match.

I've tried stripping the thin-colored insulation either by fire (lighter), sand paper or with the soldering iron, but the result is still the same.

As a final trial, I cut the cable of a working earbud, and then tried to connect it back, so that I was expecting it to go back to its working status, but it didn't.

How is that possible?

I can't understand where I'm failing.

All of the earbuds are cheap Chinese products, but I don't think it should make a difference

Now that you've added a picture, the problem is clear.

The red and yellow wires that you connected actually have a second wire buried in side of them.

That is to say that what you think is a wire is actually a two conductor cable.

There are therefore 4 wires in all that you have to separate and solder.

Look more closely at the red wire. If you separate the strands carefully, you should find that there is another, separately insulated wire inside of it.

What you've done (which is wrong:) 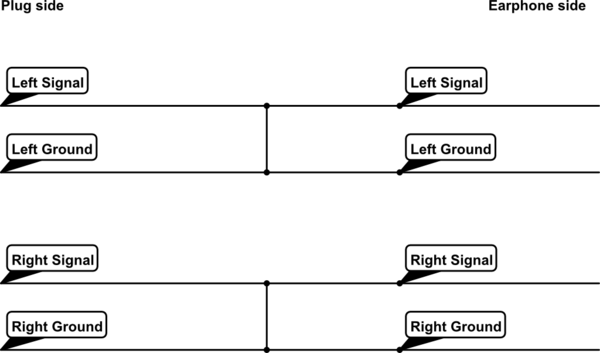 What you should do: 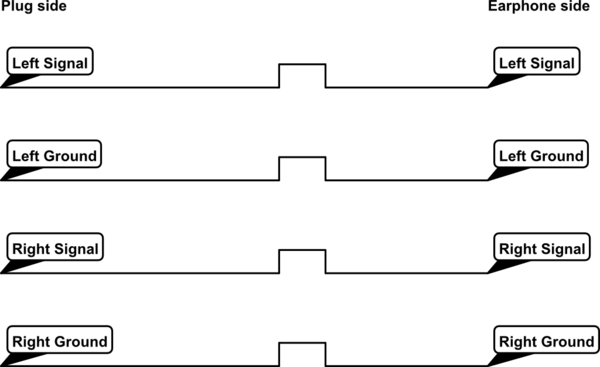 You're looking for the voice coil resistance of each bud : tens or maybe hundreds of ohms.

Be methodical. This is a basic life skill. Whether it's earbuds, outboard motors or prototype satellite systems doesn't really matter, so learn it and don't give up.

Measure impedances of each bud. If you get no reading (infinite impedance), strip the insulation and try again.

Still nothing? Pull the buds apart (carefully!) and measure the voice coil itself. Still nothing? bin it. Good? replace the cable to it.

And be aware that probably, no two makers will use the same colour scheme for their wires...

Not the answer you're looking for? Browse other questions tagged audio soldering wire or ask your own question.

6
How to fuse wires into single solid thread?
4
Lead Free Soldering and bad looking joints
3
Soldered wires don't last very long on PCB
0
How do I make a good electrical connection with wire I can't solder?
0
Soldering flat audio cable
1
The type of wire used in walkie talkie earphone
5
Do some soldered components use solder that only melts in temperatures higher than 480 °C?
0
Beginner Question - Solder won't stick to a certain wire