I have a cheap benchtop dual-output adjustable DC power supply. One of the outputs is working alright, the other one "burned out" when it was left loaded somewhere near 80% of its maximum for 24 hours.

After opening it up and taking a look, I found a few burned power resistors (0.5Ω rated for 5W) plus some resistors which were surprisingly still functional (though burned beyond recognition) sandwiched between/around them, all of which I replaced: 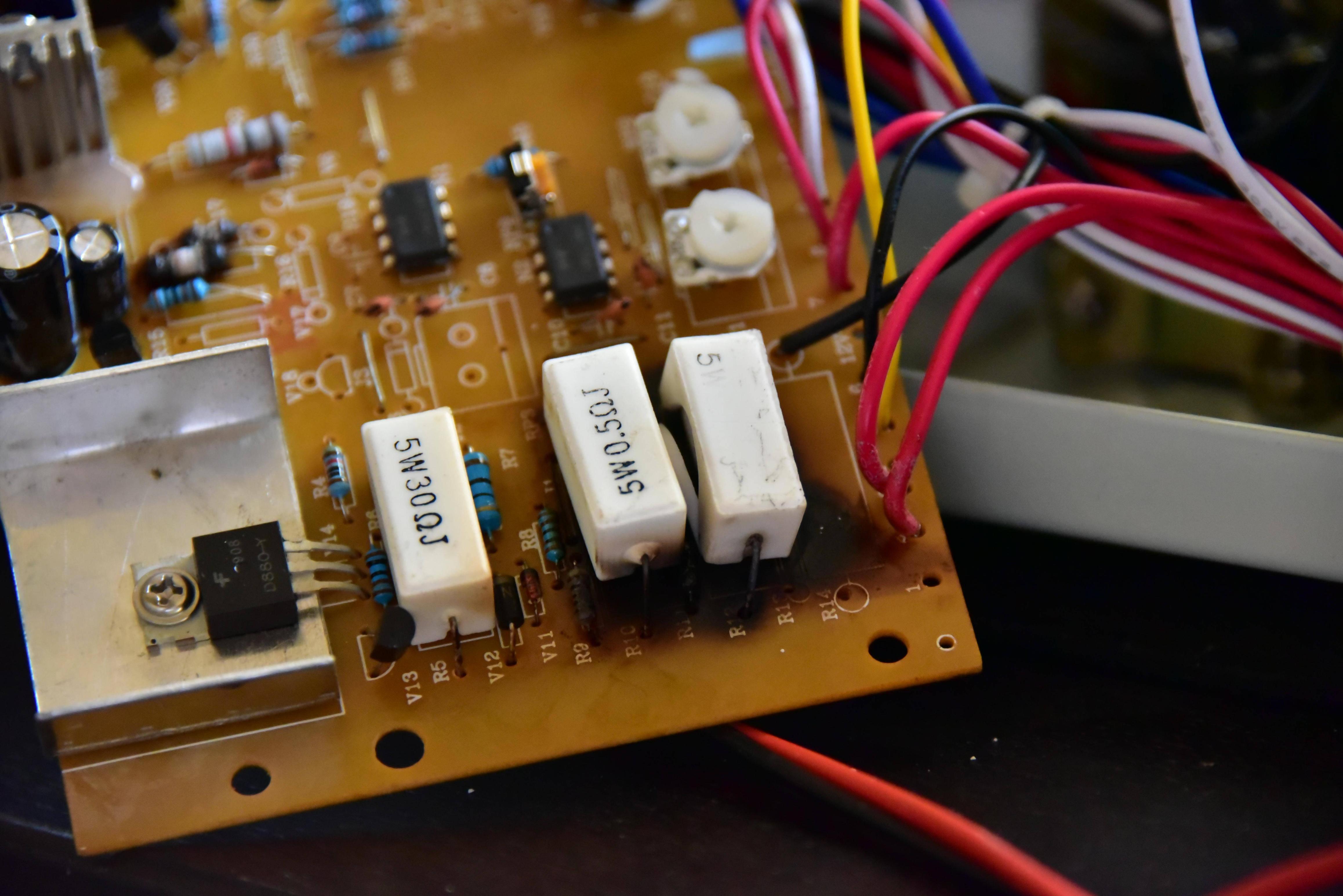 After (with 3 resistors in parallel to give me an equivalent circuit until the replacement power resistor arrives - they haven't burned out in testing, so I'm good for now): 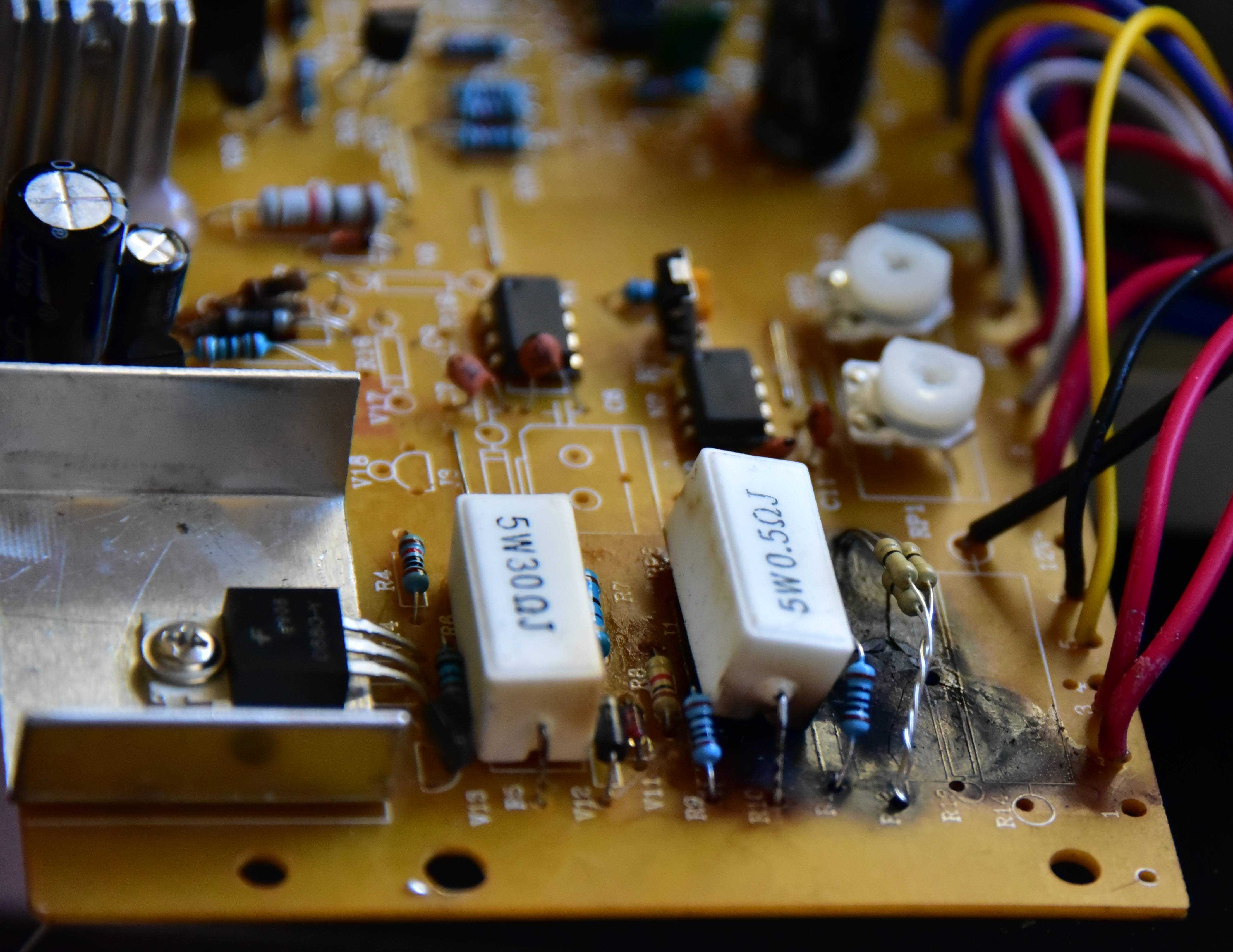 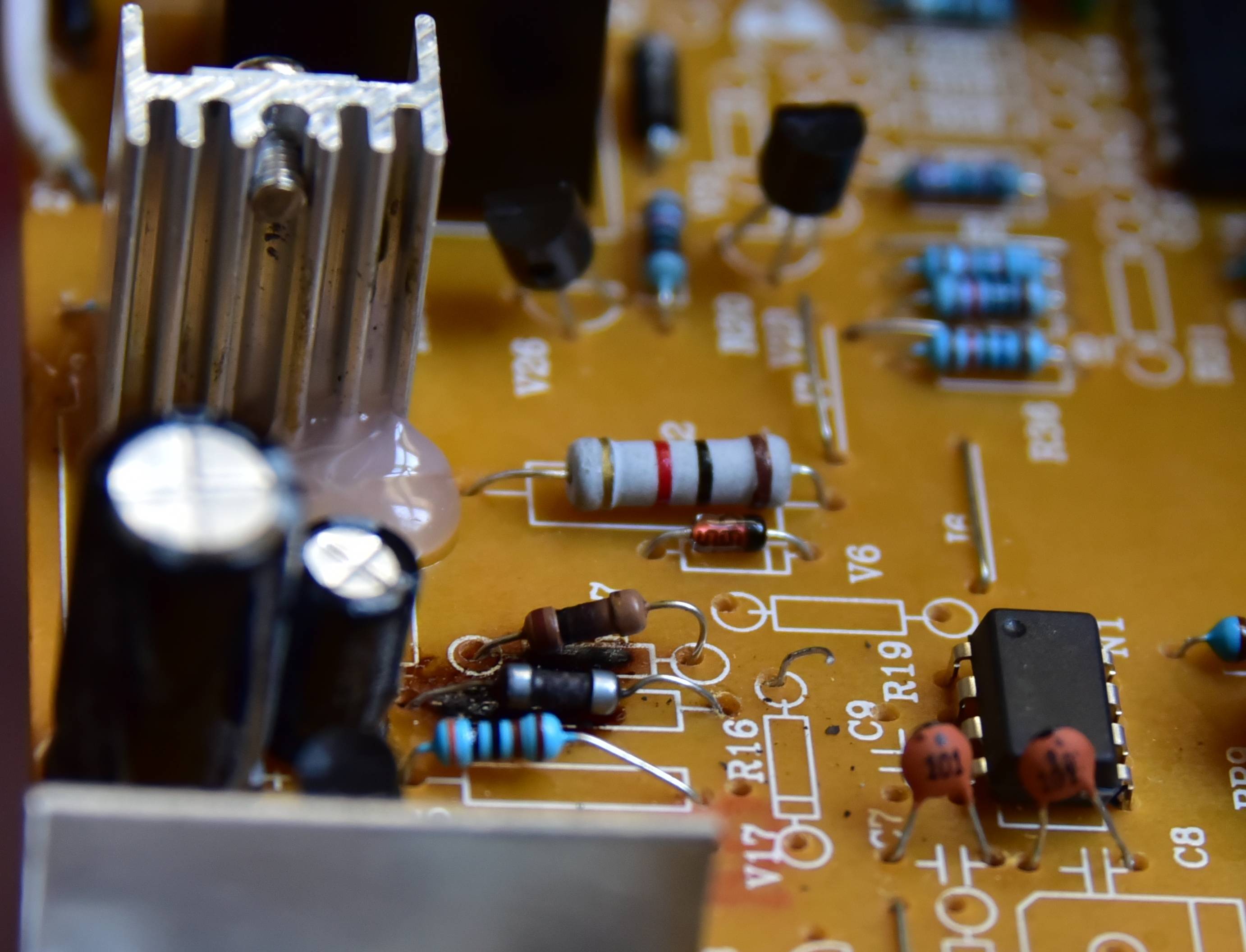 Luckily for me, there are two identical halves of the device, and I was able to quickly compare resistance across components leads (disconnecting some where I wasn't sure, but not all of them) and don't seem to have any remaining bad components. None of the capacitors are visibly damaged and their basic functionality checks out (though I'm unable to test their compliance to their rated capacitance as at 470uF they are out of my DMM's range and I don't have an ESR). The diodes seem to check out (though I'm having trouble positively testing some of the high-voltage protection diodes). The rectifiers have tested OK, and none of the transistors are shorted out so far as I can tell.

Crucially, I'm not sure what failed components would result in this behavior. The power supply is actually advertised as being 0-30V (and 0-5A), the 48V it's giving out now are well out of spec.

The problem is much complicated by the fact that the PCB design is an absolute mess. A number of traces appear to have been (by comparison to the other, functioning board) purposely joined together via globs of solder. The solder obviously reflowed around the burned power resistors and possibly in a few other places, but tracing it as best as I could and comparing it to the other board, it seems that everything is fine (and the burned traces are still functional).

The unit is still stuck at 48 volts no matter how I adjust the pots (and I tested them, just in case it was ironically just a control problem after everything I did and tested - I also disconnected the control and output boards entirely to no effect), and I'm not sure what else to try. I'm not very well-versed in analog, though I've tried isolating the problem as much as I could only to always end up disproving my hypotheses.

Here's the board now: 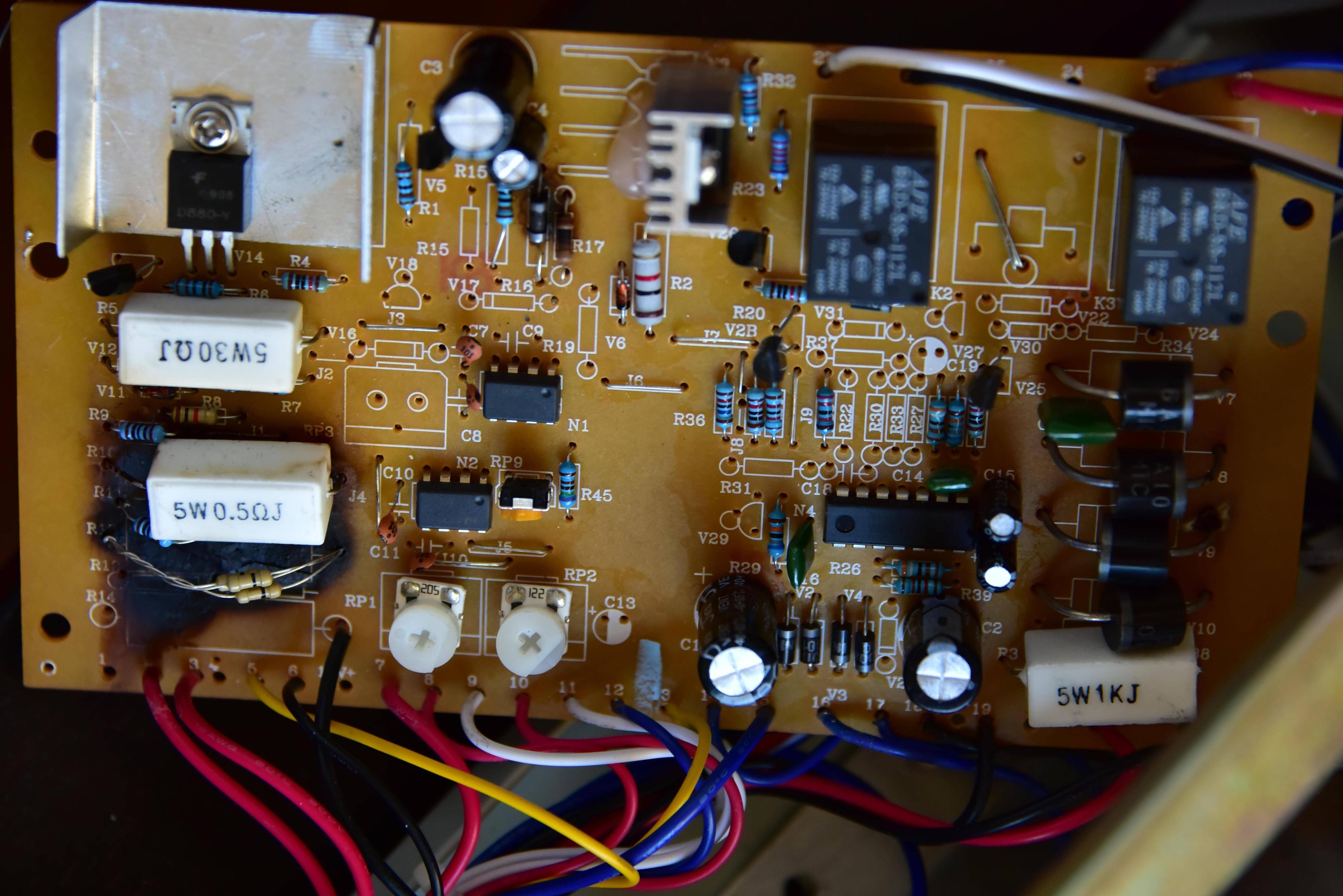 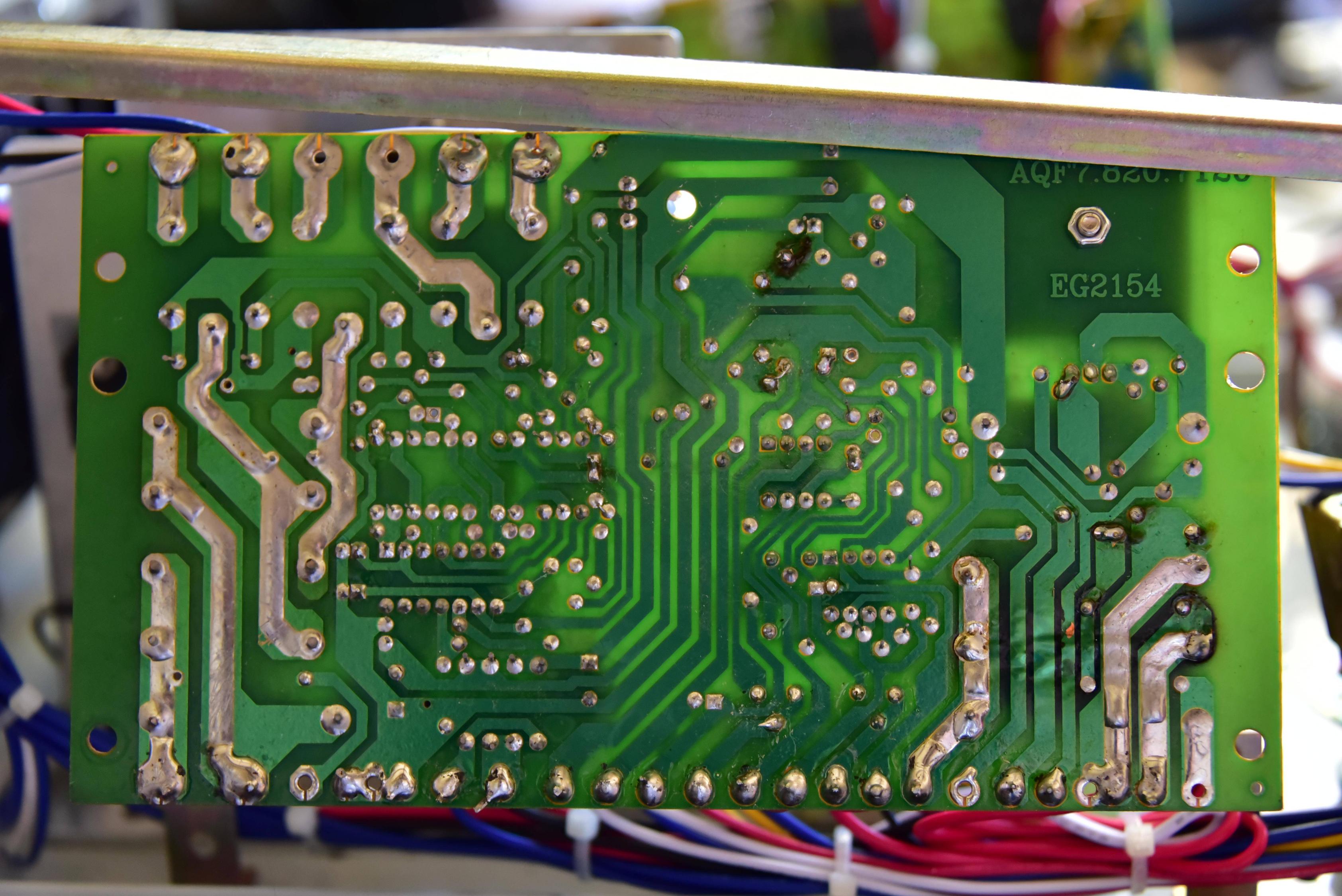 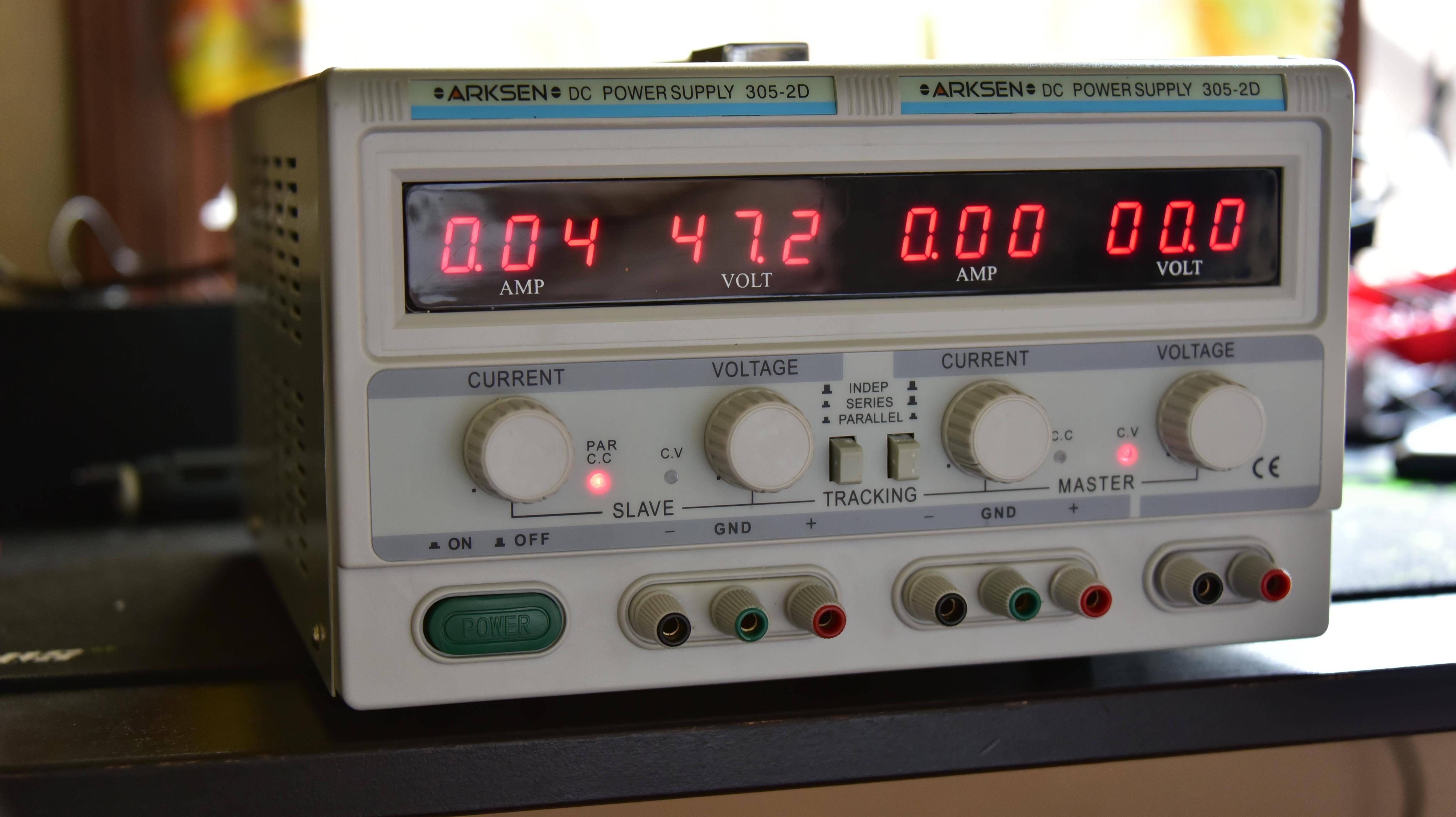 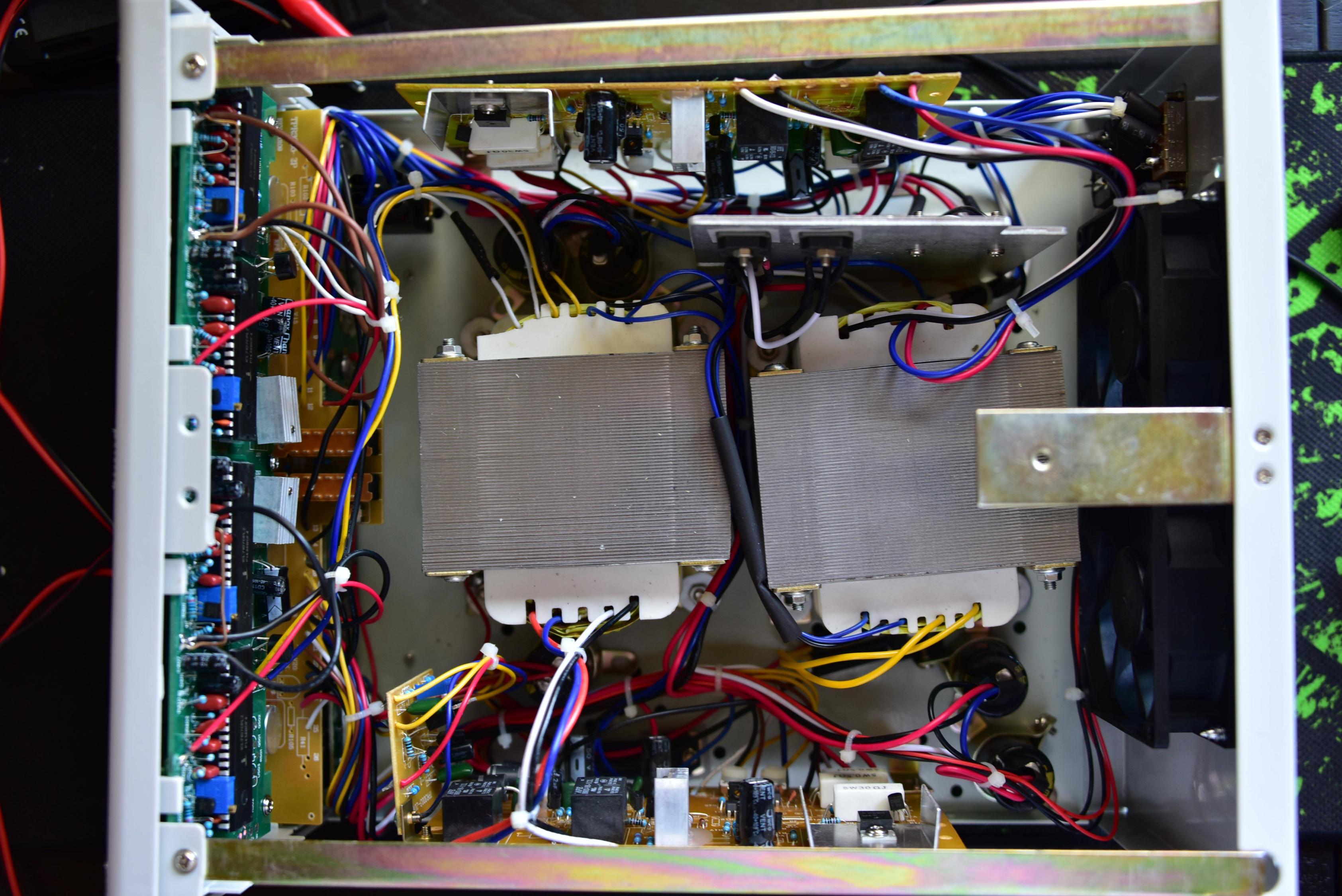 I found a few schematics online for similar Chinese units, but I haven't been able to find any that match one-for-one my unit.

The power transistors up close: 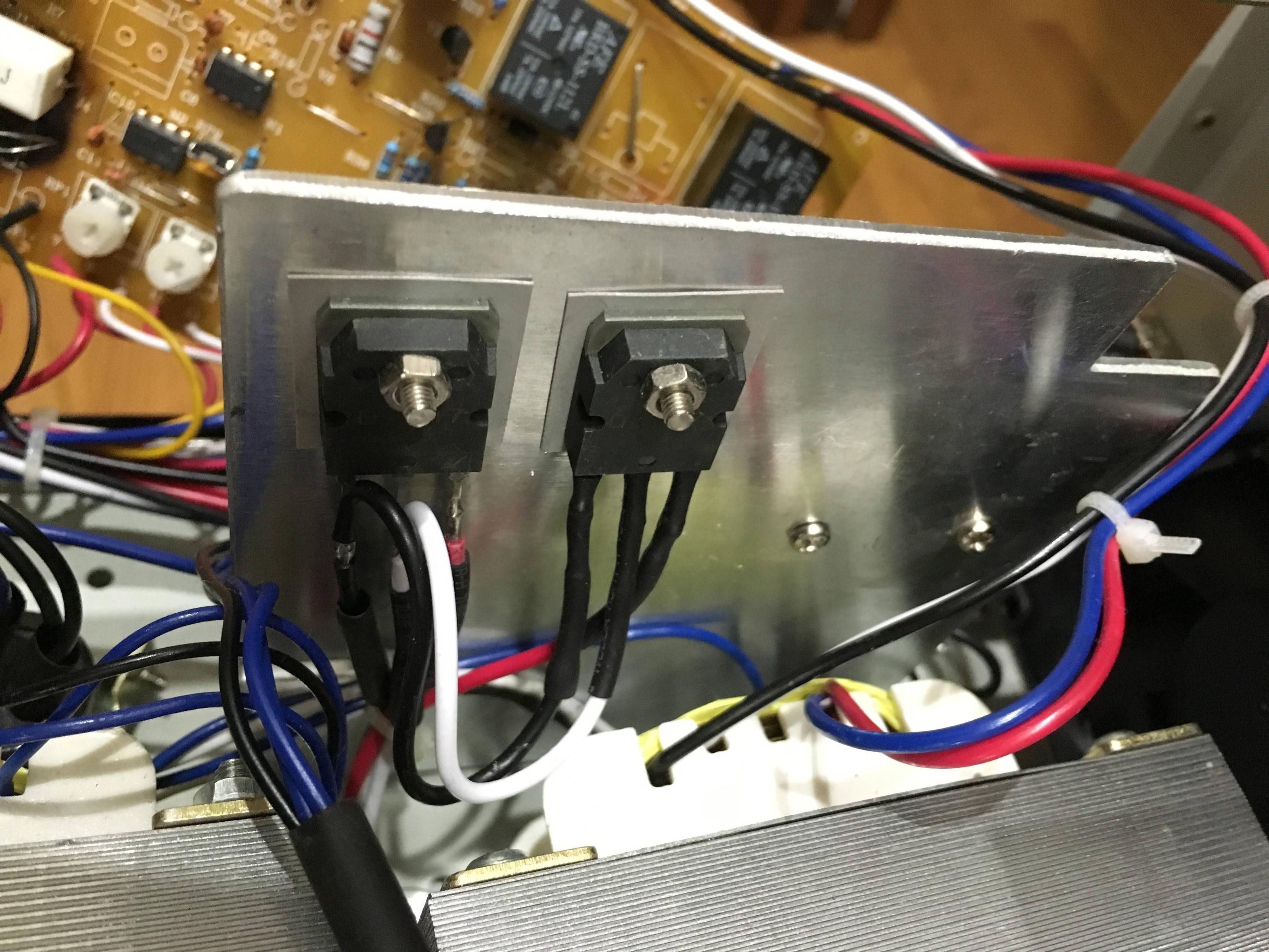 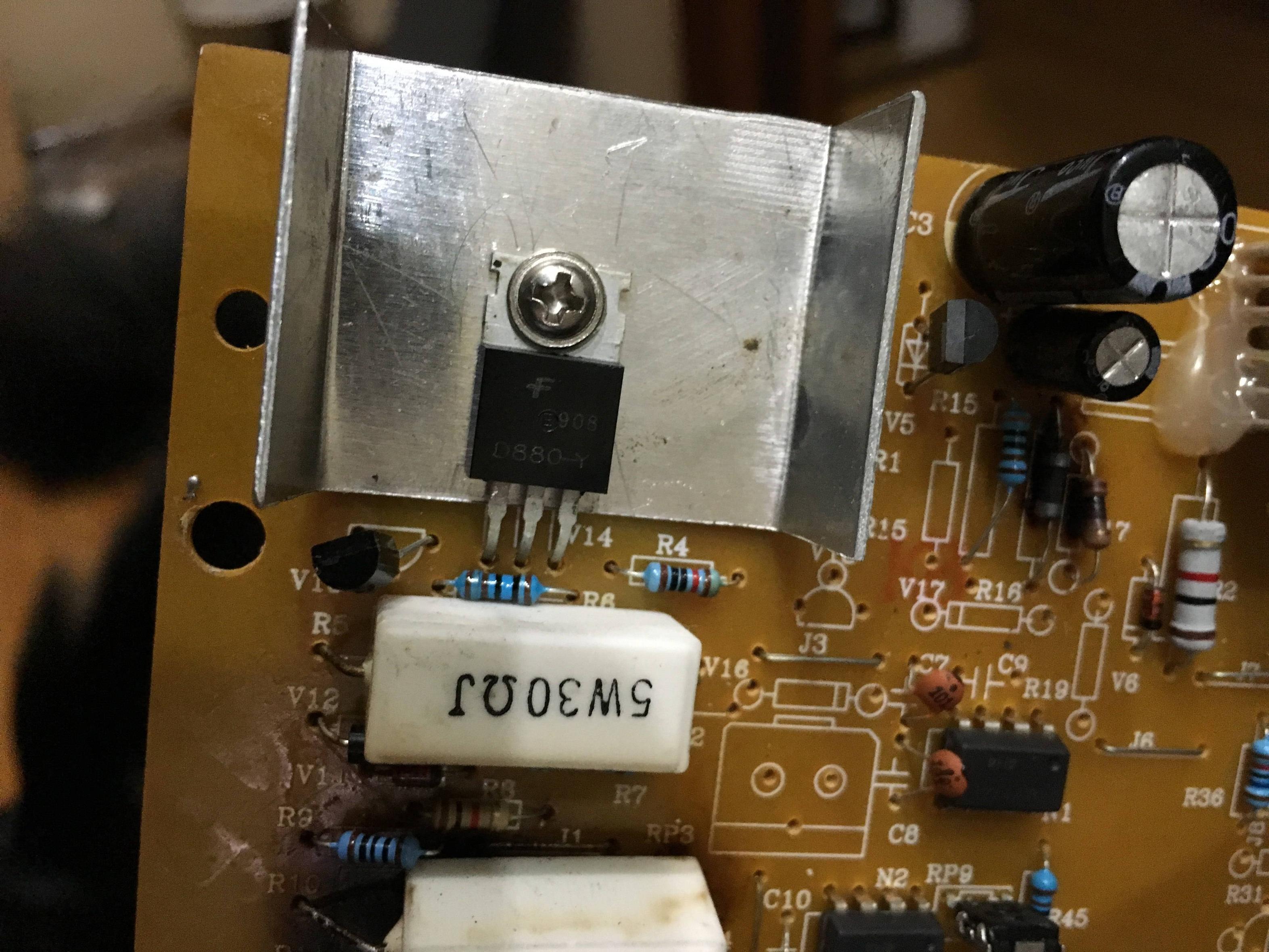 Browse other questions tagged power-supply repair or ask your own question.