At work, there's a power supply which is used on one of our products. The guy who originally made the board has since left and none of the senior electronics guys could give me a good answer.

Here's a schematic of the PSU

I've never really dealt with transformers or AC before, is there a misunderstanding in my thinking? Or are the caps doing something more than just ripple smoothing? 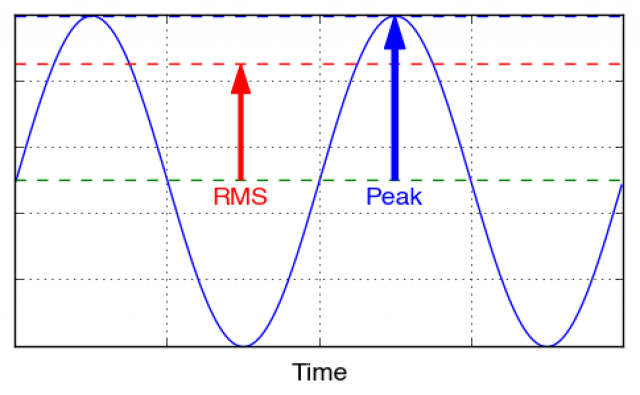 RMS is the equivalent DC voltage that would dissipate the same heat in a resistor when the AC voltage is applied. You can do the math\$^1\$ if you want but, for a sinewave, the RMS is 70.71% of the peak OR the peak is \$\sqrt2\$ higher than the RMS.

When ever we talk about AC voltages (without specifying peak or peak-to-peak) we imply RMS hence, a 6V RMS signal will have a peak of 8.49 volts (nearly 9 volts). After passing through a rectifier diode this might be more like 8 volts DC on the smoothing capacitor.

However, transformers unloaded will run at a slightly higher voltage on the output so expect a volt more (or so) on the output.

When you smooth the rectified output of an AC supply, you get the peak value which is root 2 (1.41) times the RMS AC value. Less any voltage drop in the rectifier diodes. Which is about 8.5 volts for 6 volts dc minus the losses. It shouldn't be right up at 9v, but it'll be well above 6. With the transformer lightly loaded, the AC value will be higher than nominal also. Generally small transformers have poorer regulation than large ones. I have a small nominal 12V (DC) PSU in front of me (from a "wall wart") which produces over 20V DC when unloaded. This can be a significant factor when rating other components. (For instance, it renders a 16V capacitor inadequately rated).