I don't understand the statements for t<0 and t>0. Why does this happen? 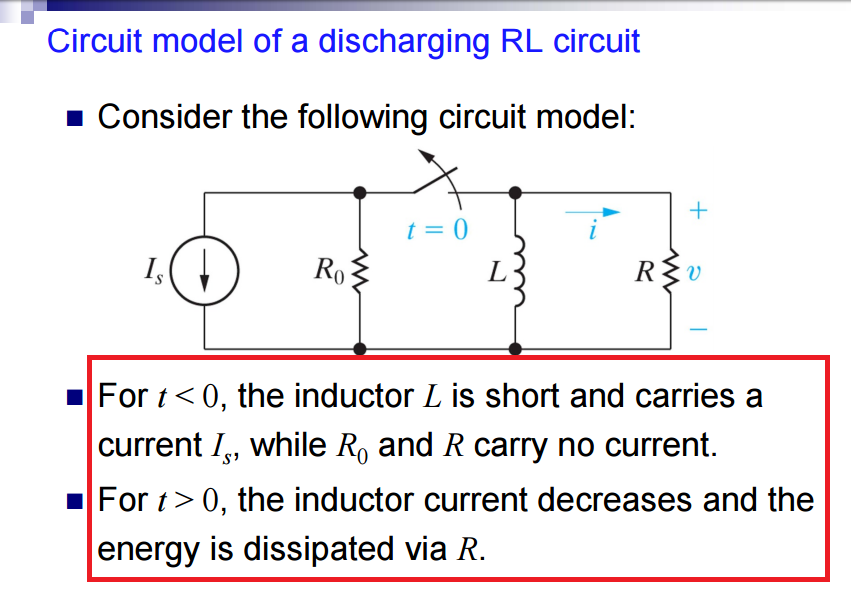 For t<0, the switch is closed, and all the components are in the circuit. You could think of it as if it was in a steady state, and then I suppose you want to calculate the current in the inductor. Inductors in the steady state behave like short circuits, so all your current will be drawn to it, driving the resistors currents to 0 A. This inductor current (the same as the source, then) is the initial condition for the next step.

When t>0, you should open the switch, and what you have then are 2 circuits: the left one, with source and Ro, and the right one, a RL loop. The calculation for t<0 had the purpose of finding the initial condition for L, since it's current will not disappear instantly when you open the switch. If it has some current, then, it will flow to the resistor and be dissipated, until it disappears.

Not the answer you're looking for? Browse other questions tagged resistors circuit-analysis inductor current-source time or ask your own question.