I'm planning on building a low-cost LED fixture and I'm a bit confused with how I should drive it. So, if we consider these 2 led cobs:

If I drive them both with a 300mA constant current driver, I have the following questions:

It's impossible to know the behaviour at a current that is not the specified operating point if there's no datasheet containing an "intensity over I_f" graph – if this is of concern to you, buy LEDs that come with such a datasheet.

Yet another thing I'd like to point out that you don't say anything about your 300mA supply – it might look that an LED that is more efficient at 300mA would be the power-efficient choice, but if it happens to have a lower forward voltage at that current (is there at least an I/U graph?), you'll just "burn" that additional energy (voltage = energy per charge) in a linear regulator.

Now, it's really impossible to tell what kind of regulator you have picked there – yes, this looks a bit like the mains voltage gets rectified on the input side, and then chopped up and downconverted by the transformer type thingie there, but I can't tell the least about how exact the current regulation is (but I do have a hunch that without any secondary side sensing, it's not going to be that exact) or how efficient the conversion. So: if you're at all concerned about operational specifics of your LED system, this is not the supply of your choice.

Generally, people will sell their LEDs at the point at which they produce the maximal amount of light without thermal damage (or without exhaustion of recombination opportunities in the semiconductor), and that will be pretty close to the point of maximum efficiency. So, if you want to drive an LED specified for 700mA at 3.3V with less than its maximum power, you typically use PWM to switch it off and on with a configurable duty cycle, driving it at an "efficient" 700mA when on.

As a rule of thumb, leds are usually more efficient when run at lower powers (but not by a whole lot). The problem I think you're going to have is that the efficiency differences between manufacturers is going to be greater than between power levels. Some cheap leds can only do 40lm/w (even though they're advertised as 100lm/w) while some pricey cree leds can do 160lm/w. But what you will probably find is that the 1w and the 3w leds may actually use the same led chip. I used to work for a lighting company and we saw this all the time from cheap manufacturers.

In my experience, LEDs are marketed at their maximum safe overdrive, but spec'd at their most efficient output, which is much lower.

However running at the (advertised) hard limits of 3000ma, it only gives 91 lm/w. Whoops. 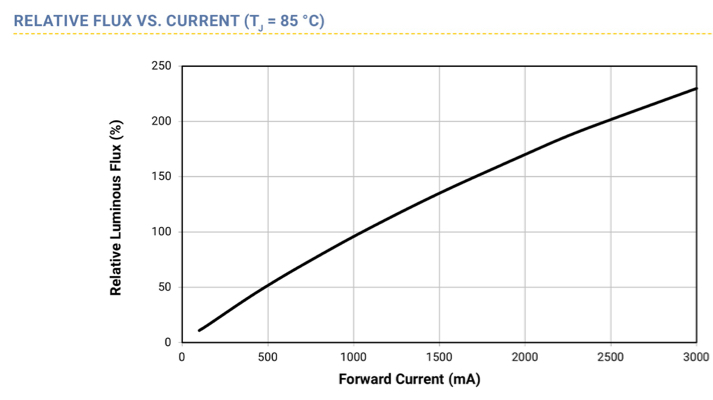 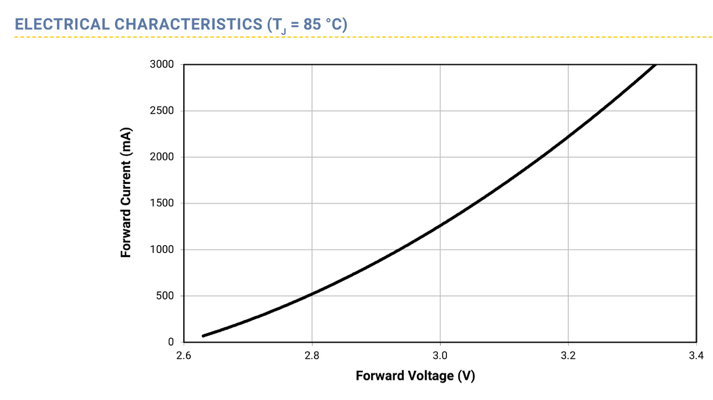 Having looked at quite a few LEDs, this is very typical. LEDs make heat for 2 reasons: being overdriven to get max lumens from minimum $ in emitters; and phosphors are inherently inefficient.

All things being equal you are better off driving the larger device at 1/3 power.