How to calculate the output impedance of this circuit?

This is a hybrid-pi model of a BJT, and I want to know its output impedance: 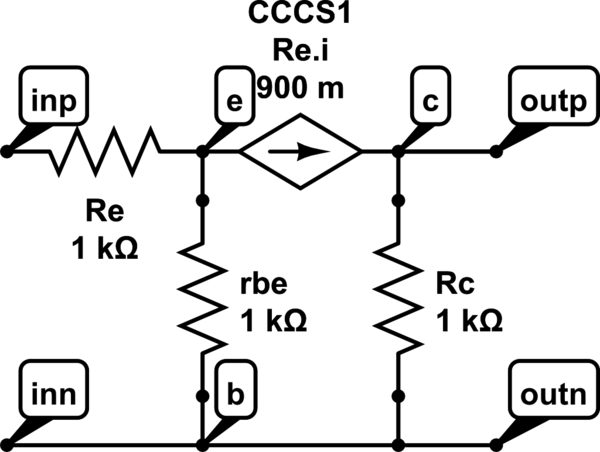 I know that I should short the input ports, place a voltage on the output ports, calculate the consequent current and finally apply Ohm's law, but I have no idea how to deal with that CCCS.

According to the key, the input impedance is Rc. Does this implies that the CCCS can be seen as a ideal current source, and thus considered as open circuit?

This circuit model is a logical impossibility.

The control current of the CCCS is the same as its output current. If the gain of the CCCS were anything other than 1, it would be obvious why this is a problem: a current can't be \$Z\$ times itself for any value of \$Z\$ other than 1. (except of course if the current happens to be 0).

Setting the gain to 1 makes this logical contradiction seem to disappear, but the circuit model is still a poor one --- in any real circuit there'd be uncertainty about what that gain is exactly.

So, there's no more sense to trying to reason about this circuit than there is to contemplating the equation 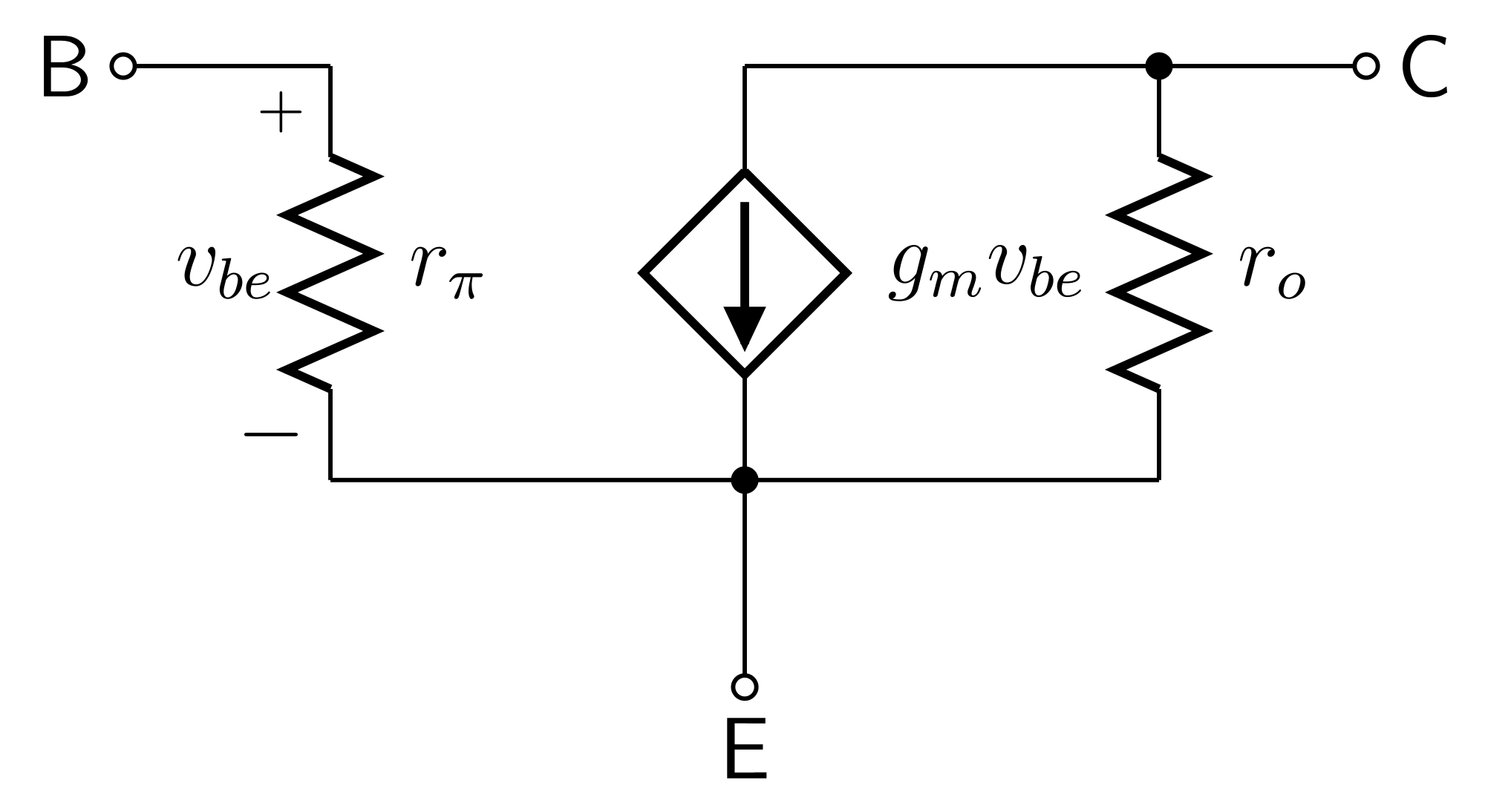 The issue with your model is resolved by including the \$r_o\$ element.

Not the answer you're looking for? Browse other questions tagged impedance current-source basic input-impedance or ask your own question.