From a Data Comms textbook: 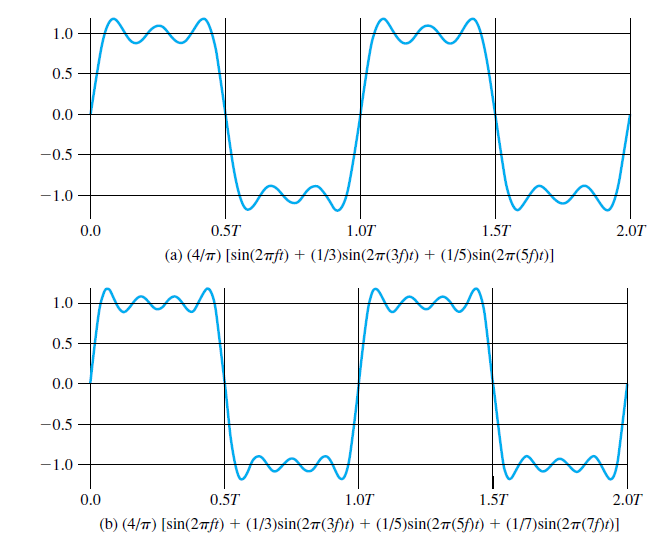 This is where the effect of changes in bandwidth on data rate is determined: 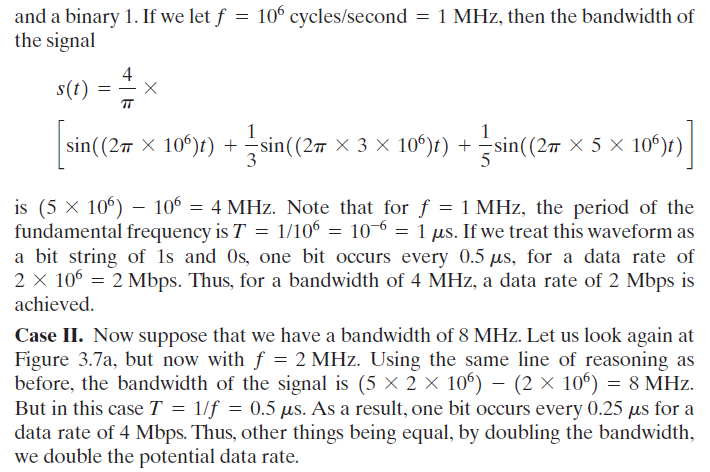 The problem is the explanation/calculation makes no sense to me. I don't see anything in the calculation that ties the bandwidth of the channel to the data rate that was eventually calculated. All they did was take the toggling rate (frequency) of the square wave and multiply it by 2 to get the data rate; nothing that explains how increasing bandwidth increased the data rate.

What I understood previously is that the main reason increasing bandwidth allows higher data rate is because as high bandwidth allows transmission of more frequency components, which in turn allows the receiver to better distinguish between 1 and 0 and ultimately allowing the data source to increase its toggling rate (i.e. data rate) since it knows the receiver can handle it. My questions are:

In the original version they kind of put the cart before the horse by "supposing" the higher bandwidth, instead of starting with the frequency and showing how that implies a higher bandwidth.

Not the answer you're looking for? Browse other questions tagged digital-communications bandwidth or ask your own question.