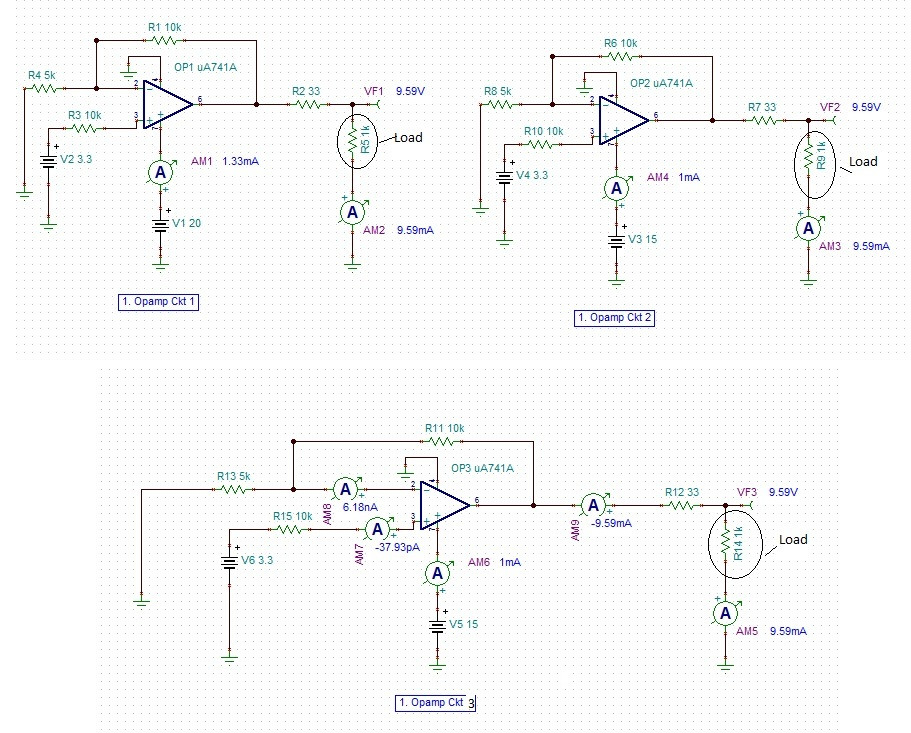 operational-amplifier power-consumption
share|improve this question
asked May 12 '16 at 9:14

Q1: There is some internal circuitry within opamps (bias, ...) whose current consumption depend on the provided voltage. So, even if it does not change anything to the opamp output, changing its supply voltage can change the current it internally draws (called the quiescent current).

In short: to check the opamp consumption, you, most often, have to do it manually: compute the power used to sink/source the required output current, and add the power used from the quiescent current given in the datasheet (which is always provided).

Not the answer you're looking for? Browse other questions tagged operational-amplifier power-consumption or ask your own question.