Why is using a potentimeter as a rheostat treated different way than a resistor?

This might sound a bit weird question but I’m having some confusion regarding some fundamentals on potentiometers used as rheostats.

Here I will try to explain by using the simple circuit below: 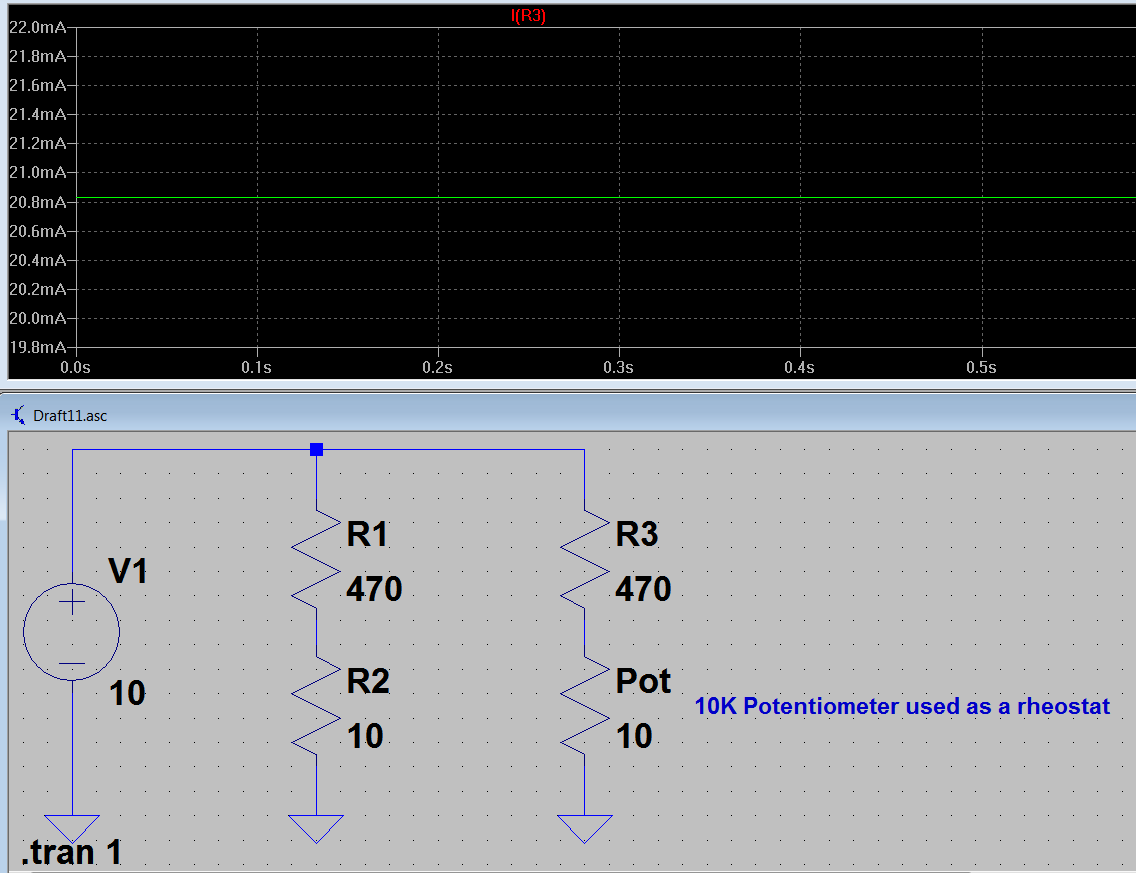 So far so good, and we can see that the same amount of current passes through each component which is around 20mA.

R2 and Pot values are the same. Common sense says we can replace them safely since they are identical.

Does R2 have enough wattage? Since R2 is rated 0.5W which is 500mW, and since R2 in the circuit dissipates only 4mW we can say that the R2 is safe. Until recently I would use the same logic for the 10k Pot in the circuit which is set to 10 Ohm. So I would say it is safe.

But my previous question (A question on using potentiometer as a variable resistor) revealed the fact that when it is a potentiometer we examine the situation by the current passing through the pot not by the wattage.

Some explained it is done in the following way:

Wattage of the pot is given for its max resistance so in this case the max current of poti at 10k is I = sqrt(P/R). So I = sqrt(0.5W/10k) which is around 7mA. And this 7mA should never be exceeded whatever the pot value is set to. And since the current in my example circuit is 20mA, the pot is not safe since it exceeds 7mA limit.

So R2 is safe but not the pot?

Is the above logic is true? Why?

3
A question on using potentiometer as a variable resistor