Clearance distance in a PCB with an insulated barrier

In the image shown below, why is the distance marked with "??" not considered for clearance? Is there a slot under that barrier, or does the barrier pass through the PCB? 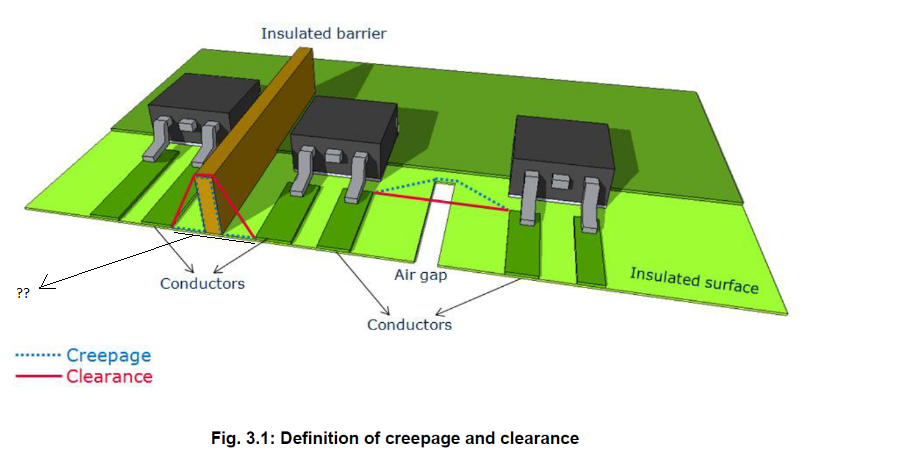 Clearance is the shortest distance through air between two non insulating conductors.

I am making some assumptions about the image.

With those assumptions, then the clearance is over the barrier and not around it and more specifically it is from the legs of the IC (since soldermask is an insulator).

IF the traces did extend completely towards the edge of the board, then I would say that the clearance would be around the barrier, since that would be the shortest path through air.

Not the answer you're looking for? Browse other questions tagged pcb clearance or ask your own question.

3
EAGLE PCB How to set drill clearance?
5
Ethernet LED & Diffpair Clearance
8
Will a cut or a slot in a PCB change clearance or creepage?
0
High voltage Pin PCB clearance
3
Clearance Distance measurement
5
How is clearance affected by altitude (air pressure)?
1
Maximum allowable voltage between PCB traces
6
Barrier and slot within reduced area on a PCB
0
Minimum spacing between PCB components