So I've been troubleshooting some electrical problems with a motorcycle charging system, and I need a little assistance understanding the output waveform: 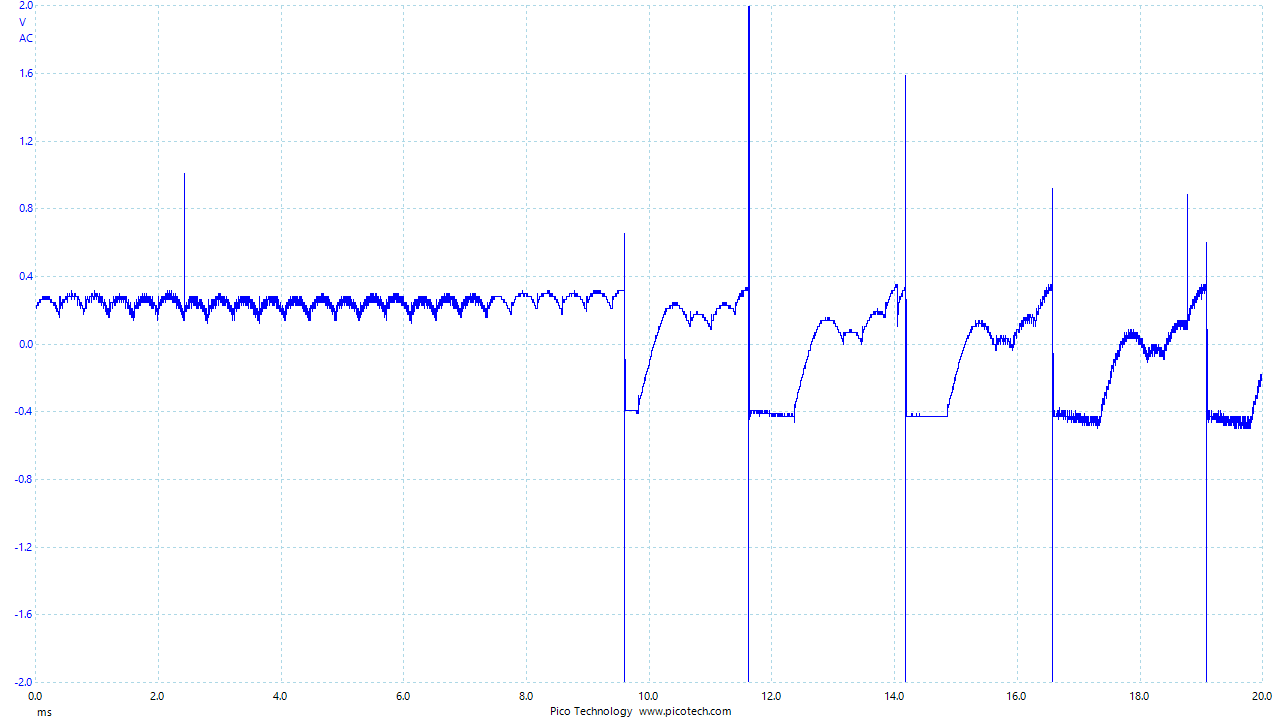 Per an article (which I don't have enough reputation points to link to...), I interpret the first half as "good" and the latter as "bad", though the latter does not 100% match any of the bad scenarios. The switch between these two different waveforms happen quite often and with no outside stimulus. Unfortunately the R/R is a "black box" so I can't measure the rectifier output before the regulator.

I suspect that the dips I'm seeing in the latter half of the waveform represent the regulator periodically shunting current to ground in order to do it's regulator thing but I'm looking for confirmation\alternative explanations.

Here's a schematic of this particular system: 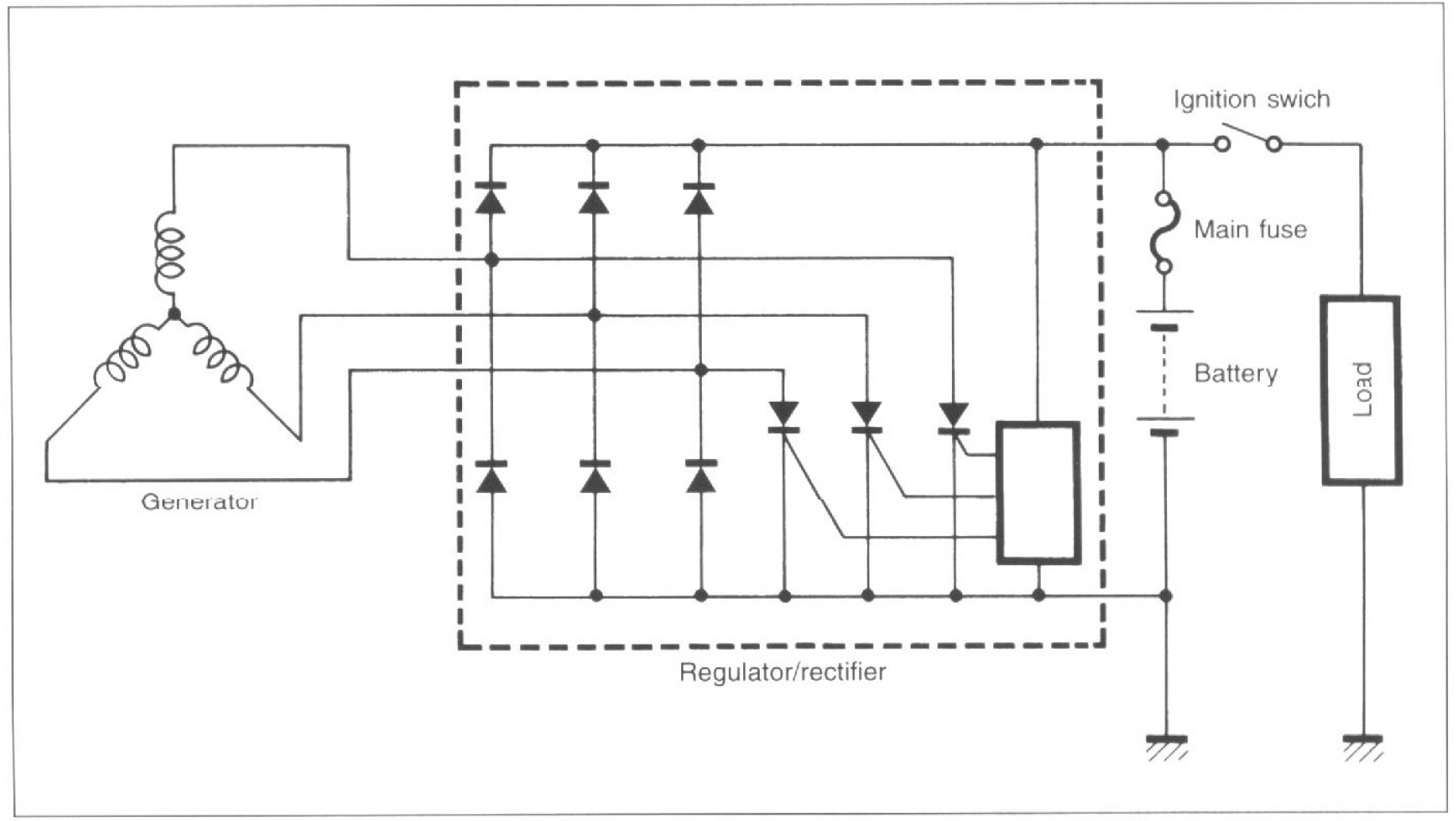 This looks correct to me. You are right that "the dips I'm seeing in the latter half of the waveform represent the regulator periodically shunting current to ground in order to do it's regulator thing"
The first part is the rectified 3 phase output when the regulator is not yet regulating (the battery + load is taking the full alternator output). As the battery voltage rises to above the regulator set voltage the regulator turns on the SCRs and shunts the current that would have gone into the battery to ground. (This actually mostly unloads the alternator). The battery voltage then drops and when it is below the reg voltage the reg stops triggering the SCRs and the process repeats as necessary to keep the battery from being over charged.
The spikes are transients caused by the SCRs being suddenly switched on, usually when significant current is being delivered to the battery. Once they have been triggered SCRs continue to conduct until the current through them drops to zero, so there is no corresponding spike when they turn off. (Voltage spikes are generated when the current through a coil is changed suddenly).

The first part with the windings and the diodes of the three-phase alternator turn sine waves into dc.

Each of the three windings produces a sine wave phase shifted by 120° (red, blue and green). The diodes eliminate the negative half of the waveforms (dashed lines) creating humpy dc. As the crest of one waveform drops, another peaks so the ac waveforms have been converted into a dc waveform (black). 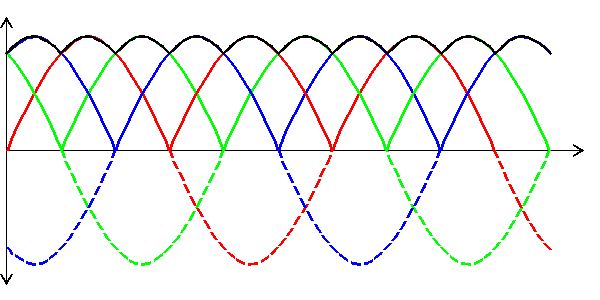 This is the waveform you are seeing at the start of screen capture. This should be around 13.5V for a 12V battery. This depends upon your battery voltage.

The second portion of the circuit with the SCRs and the regulator is designed to turn on if the output of the first section is above 13.5V. It is designed to prevent high voltages on the battery by bleeding excess current.

This is the waveform you are probably seeing at the end of screen capture.

If around 13.5V, the regulator is probably doing it's job (even if it looks like 1/3 of the SCRs is firing) and I'd check alternator coupling to engine.

My money would be on the regulator.

Not the answer you're looking for? Browse other questions tagged voltage-regulator rectifier three-phase waveform or ask your own question.