Can you use a vfd to run a capacitor start motor?

I've read on many forums, publications and specification sheets that it's not possible to run a capacitor start motor using a VFD. The start winding of such a motor is momentarily powered until the motor achieves full speed. Leaving it powered, will cause the start winding to overheat. Consequently, a VFD can't power such a motor because of the capacitor has been selected for a given frequency of 60 Hz.

Is it possible to add another circuit between the motor and VFD to power such a motor? I can see removing the start capacitor and connecting it directly to another three phase leg and then use a circuit to detect the back EMF to disengage the start winding. Is 120 degree phase difference sufficient to start it? 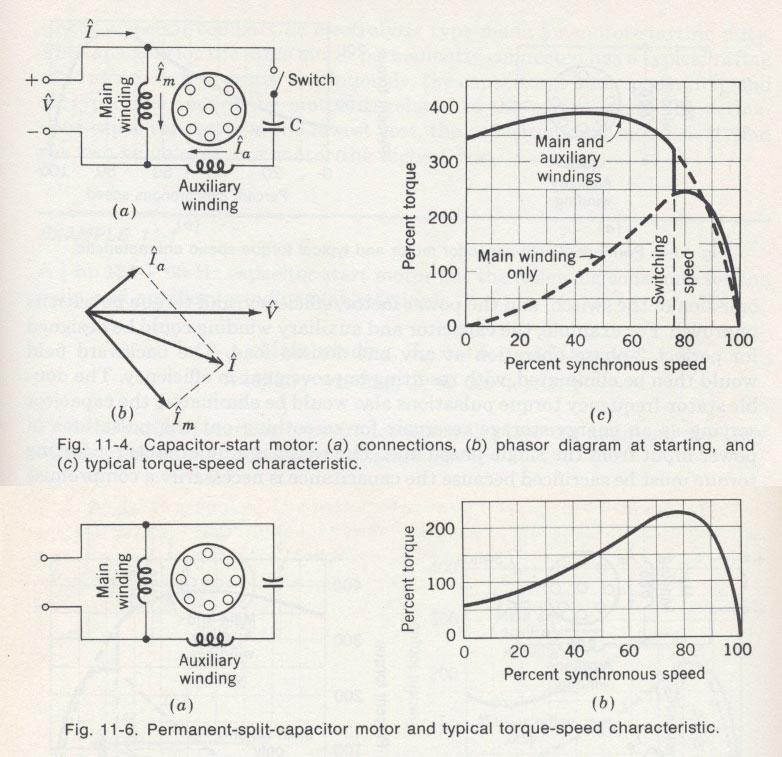 Capacitor-start motors are used for loads such as compressors that require high starting torque. With reduced frequency, the impedance of the start winding will be reduced and the impedance of the capacitor will be increased. The result will be reduced phase shift and reduced current in the start winding. As a result the starting current will be reduced. If the motor is applied to the load for which was originally selected, the motor will probably not be capable of starting the load. If the motor is repurposed to drive a fan or centrifugal pump, it would not need to be capable of producing very much starting or low-speed running torque.

It might be possible to permanently connect a much lower value capacitor to the start winding. The capacitor would need to be selected so that the continuous current in the start winding would not overheat it. It would be difficult to determine the safe current and the required capacitor value. The resulting starting and low-speed running torque would be extremely low.

It may not be impossible to run a capacitor-start motor with a VFD, but it certainly doesn’t seem to be a very satisfactory alternative.

Not the answer you're looking for? Browse other questions tagged induction-motor motor-controller vfd or ask your own question.

0
How does an induction motor start when it has no capacitor or inductor?
3
Small lathe induction motor - off-grid alternatives to capacitor start or modifying SP PH for capacitor
1
Wiring a Crompton Parkinson single phase motor
0
Polyphase motor with VFD
2
AC motor must be run off inverted DC?
0
To control motor : 1phase, 230 V brushless, via RaspberryPi
0
Building a VFD for a split phase (capacitor run) motor?
8
Can I run a VFD off a generator?
0
Pole counts for VFD driven induction motor