Yesterday I was disappointed to learn there is no magical IC to measure current flow in a standard appliance cord.

On the advice I received, I went ahead with a US5881 Hall effect sensor and split the conductors. I then passed only one of the conductors over the over the sensor (to avoid cancellation of the magnetic field from having two conductors in close proximity).

I wired it up as shown below. The setup works fine when tested manually with a permanent magnet. But I cannot detect any pulses when attempting to measure against the AC line. I do not have an oscilloscope, so pulses are being measured using interrupts on a digital Arduino input.

Is this just a matter of insufficient sensitivity on the US5881? From the other thread I linked, I kind of got the impression this chip could measure AC fields with this setup, but maybe not? Or is there something wrong with my approach? 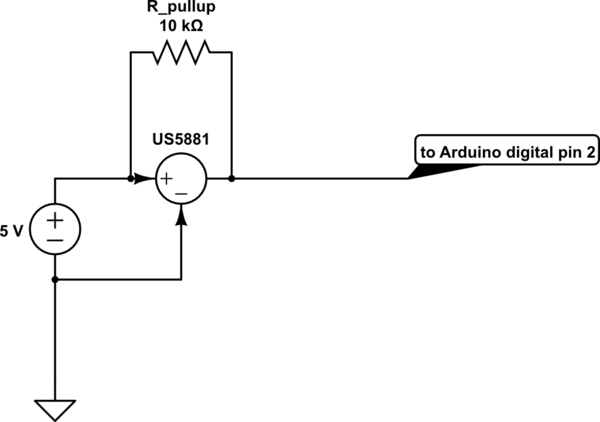 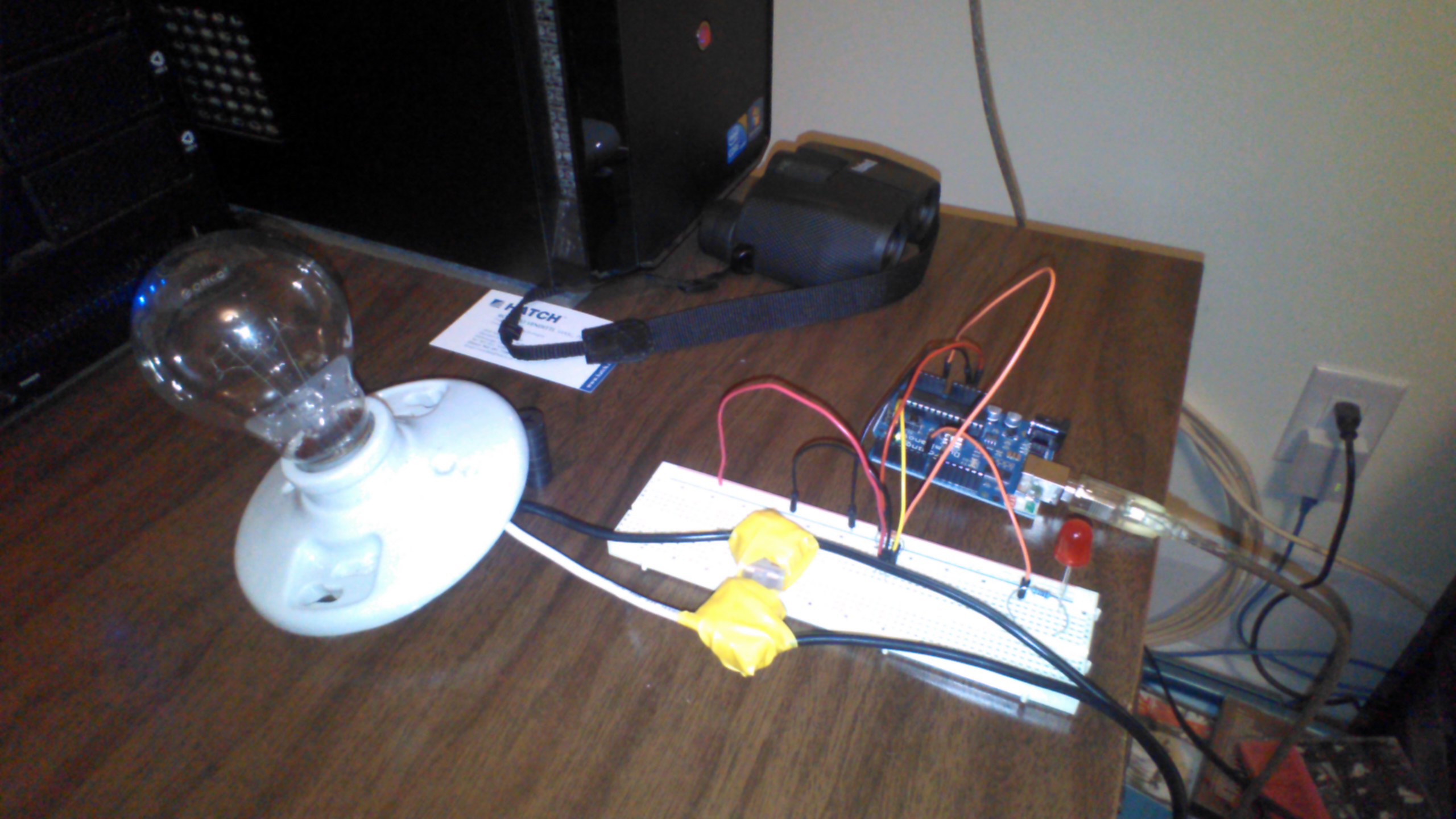 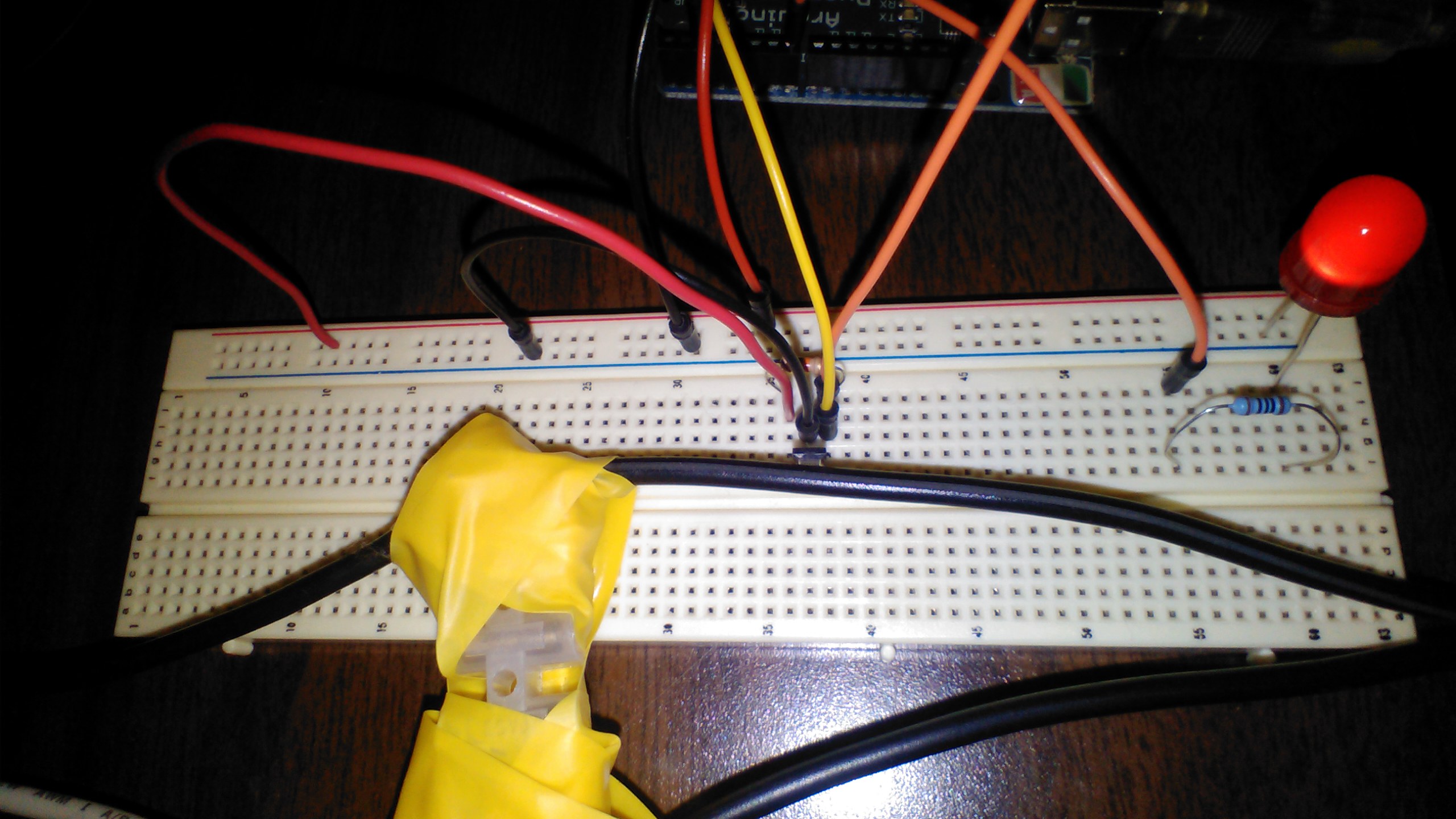 There are a few things wrong with your approach right now:

Ideally I'd like to see a capacitor near the sensor, but that's not your problem. That sensor is really just for detecting magnets as a tachometer or an interlock/switch, not for detecting the presence of AC current.

I agree with W5VO's answer.

You may be able to improve the situation by using the Hall sensor in an air-gap toroid. 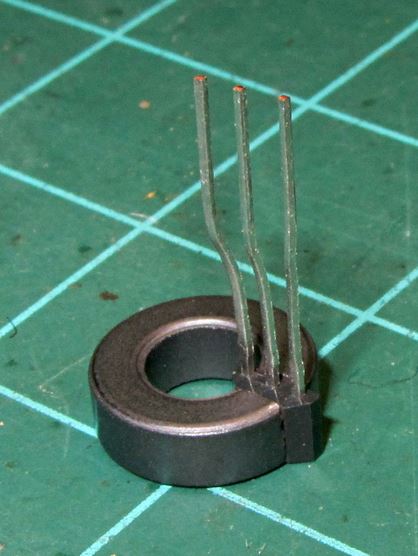 This will improve the flux density through the sensor. Adding multiple turns of the wire being sensed will further improve the sensitivity in proportion to the number of turns.

Not the answer you're looking for? Browse other questions tagged arduino sensor integrated-circuit hall-effect sensitivity or ask your own question.