Miscalculation of current for a pure inductive circuit in LTspice

A 10mH inductor is coupled to a 10V 60Hz AC supply as in the below circuit:

Solution of the current amplitude for this pure inductive circuit is given as: 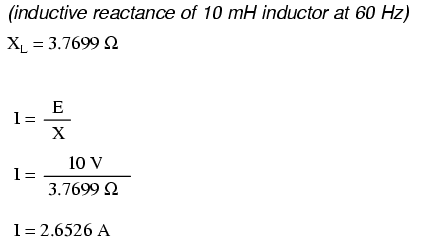 But when I simulate this circuit in LTspice I'm having the following plot for the current which is twice what it supposed to be: 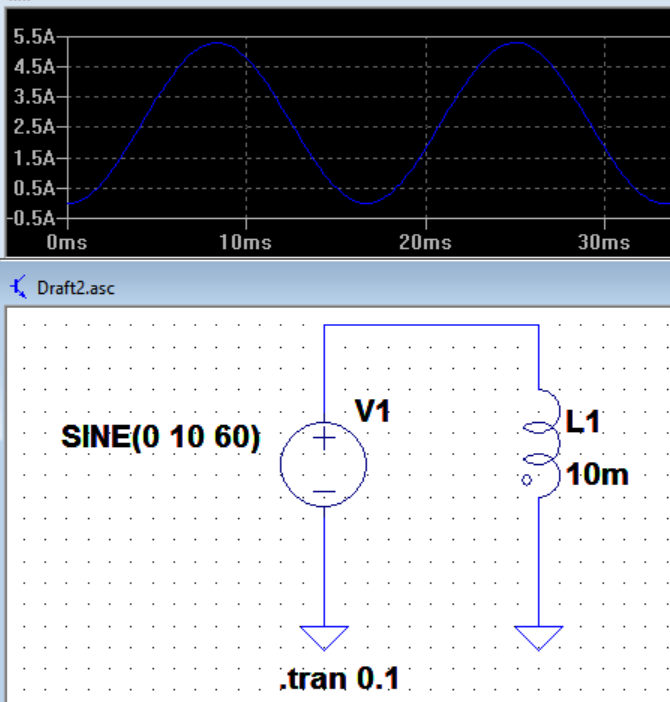 What am I doing wrong here? 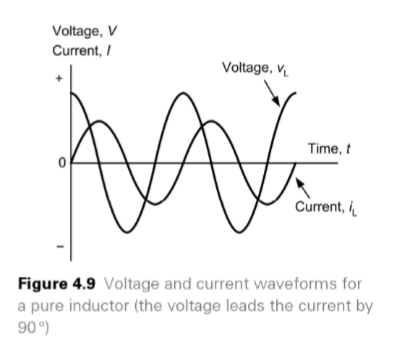 LTspice and some other simulators plots the current as if it is not alternating. Why?

If you want a sine wave with 10 V rms amplitude, you need to tell LTSpice the amplitude is 14.14 V.

In LTspice simulation it is not alternating. Why?

Because in SPICE, unless you direct it otherwise, the current in the inductor starts at 0. To get the result you expect you have several options:

I had the same concern as W5VO that the transient wouldn't settle in the idealized world of the situation, which is why I recommended adding a loss element. But when I try the simulation, LTSpice actually produces the expected results, even without adding loss explicitly. I suspect this is because of the "GMIN" elements added between each node and ground Massimo Ortolando pointed out in comments that this is because LTSpice automatically adds a non-zero resistance term to any inductor, unless the series resistance is explicitly set to 0 or a program setting is changed:

The source of confusion is the fact that the current waveform generated by your simulation does not oscillate around 0, it instead oscillates around about 2.75 A.

EDIT to address edit in question: What you're seeing is a transient behaviour. Refer to The Photon's answer for the correct explanation. My previous explanation (now removed) was incorrect.

Because you circuit do not reach "steady state". Only in "steady state" the current will alternate equally around 0 value (average value is zero).

2
AC transient analysis for LR series circuit for a given AC source?
0
How do I calculate, or measure, all values in a simple A.C. circuit?
0
Settling time for an LR circuit with an AC sine source

15
Why doesn't LTSpice predict this op-amp oscillation?
7
Op amp circuit stability in linear regulator circuit
2
Questions about modelling a typical crystal radio and simulating in LTspice
4
A question about heating of a slowly turning off MOSFET
2
Divide Sequencial Parameter Step in Spice
0
Determining Open Loop Gain of an opamp in LTspice
3
Modelling inductive and capacitive coupling in LTspice
1
Why does inductor current in my LTSpice model rise to infinity?
6
Help figuring out what is the limiting factor on the noise level in this analog optocoupler circuit