I’m trying to build a simple circuit that acts as a "voltage breaker" – meaning that if a voltage exceeds a certain threshold, analogous to a (current) circuit breaker it will open a circuit. There are a couple of things that seem to make this a bit challenging because of its application – which is to serve as a speed limiter on a Lionel model train for my young son. Little boys have a habit of turning the voltage up too high and running a train off the rails.

This implies a few constraints:

Balancing all of these constraints, what I’ve been able to come up with is the below circuit which: 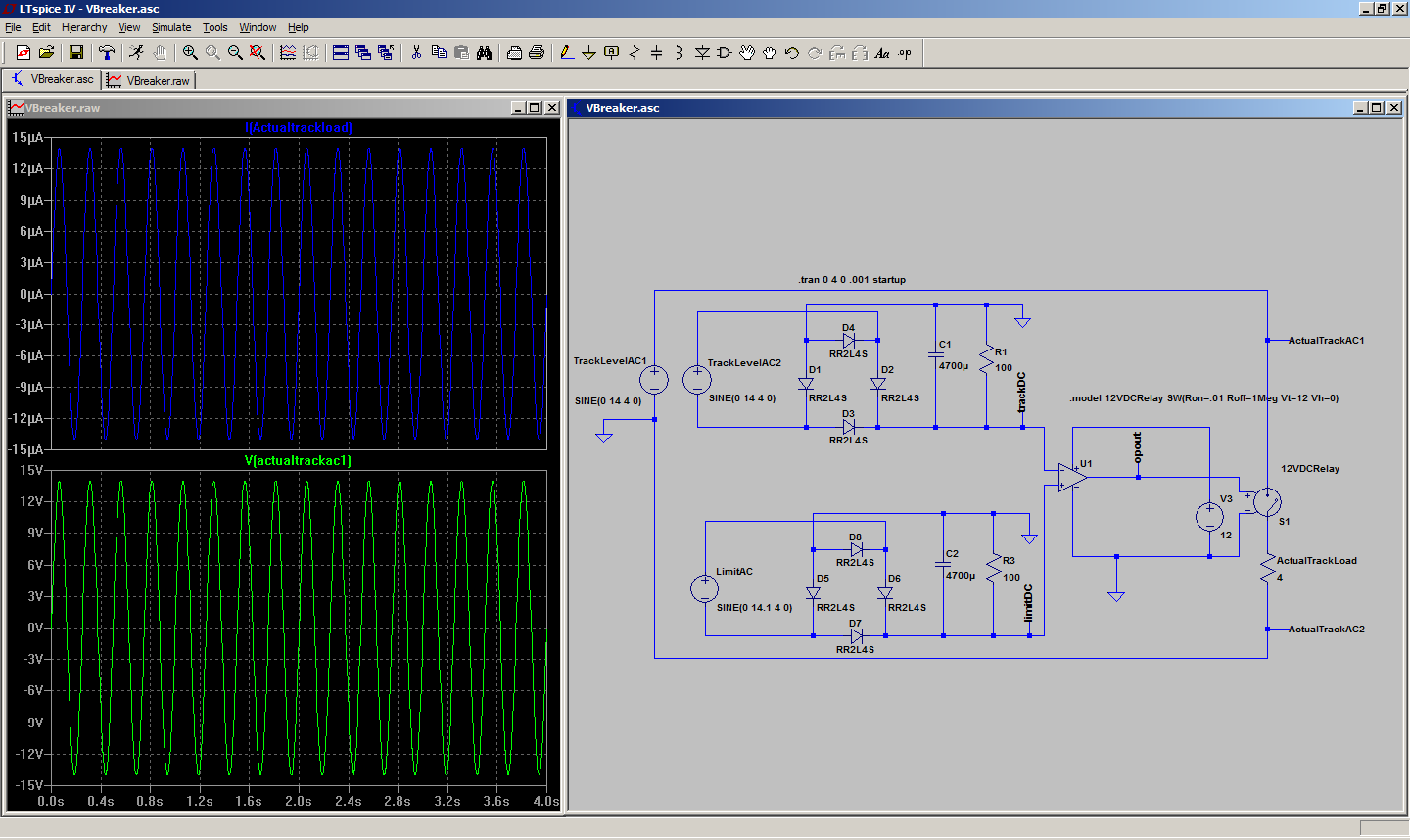 This all seems overly complicated given the conceptual simplicity of the goal, but given that I’m working with higher amperage AC and need to be able to withstand short circuits I seem unable to use solutions that are DC based, for low amperage, or are not very happy with full shorts (e.g., a simple Zener clipper – N.B. I’d settle for a clipper-type circuit instead of a breaker...) This cannot be an uncommon need, but since I’m just a casual hobbyist – am I missing something? Is there any way to improve this circuit?

I'd be tempted to go into the digital domain, but if you don't want to do that, what I'd suggest is to divide down the measured voltage with a voltage divider, rectify it, low pass filter it, and then compare it with a DC reference. An AC reference will be out of phase!

You can then change the voltage divider to set the target voltage, rather than having to set the reference. LEDs can be used as budget references since the whole thing doesn't need to be too accurate.

This has the added advantage that you can feed the measured voltage to a DC panel meter and draw a red line on it at the trip threshold.

Consider also having a latching relay that needs to be manually cleared, or is cleared when the voltage goes below a much lower threshold. That way it doesn't start up at full voltage.

Not the answer you're looking for? Browse other questions tagged voltage operational-amplifier comparator ltspice flyback or ask your own question.