I am building a open source application in which digital circuits can be built on breadboard using IC, wires, LED and some off board components(clock, 7-segment etc). I have made a initial design of breadboard (through programming, not in image processor), i have some questions regarding this breadboard shown below -

It is as i said in initial stages. So as you can see the area is quite small.(100% size)

Any other fault with this design? Criticism is welcome.

1) Physical breadboards are available with core sections and bus sections as individual dockable modules, so the arrangement you show is realizable but my personal preference would be for a pair of bus row on top and bottom as well.

2) Spacing seems to be right for the core module, should be 300 mills or 3 units between top and bottom halves. However the spacing on your bus rows is different than the physical example in front of me, which has 5 holes lining up with those in the core, then one missing, then another 5, etc. The spacing across the gap to the bus row is also 300 mill.

3) I'm not sure I'd say confusing, but the color choices and graphic thicknesses induces eye strain. Consider taking a photo and more closely duplicating that with more shades of color.

Reading your question I immediately wondered if you know about http://fritzing.org/ - at the least, check it out and identify in your own mind the reasons why your open source effort should be separate from theirs. You don't have to post your conclusions, but if you decide to remain distinct thinking about how yours would be better may provide some useful guidance.

It looks to me like your busses don't quite line up with the main grid.

The busses should be the exact same spacing as the normal grid but with every 6th or 7th and maybe the next (depending on style - my breadboard has groups of 6 holes with a 2-hole gap) hole missing.

Also, the gap between each bank of contacts should be 2 holes. The contacts are all 0.1" spaced, and normal small ICs are 0.3" between rows of pins. 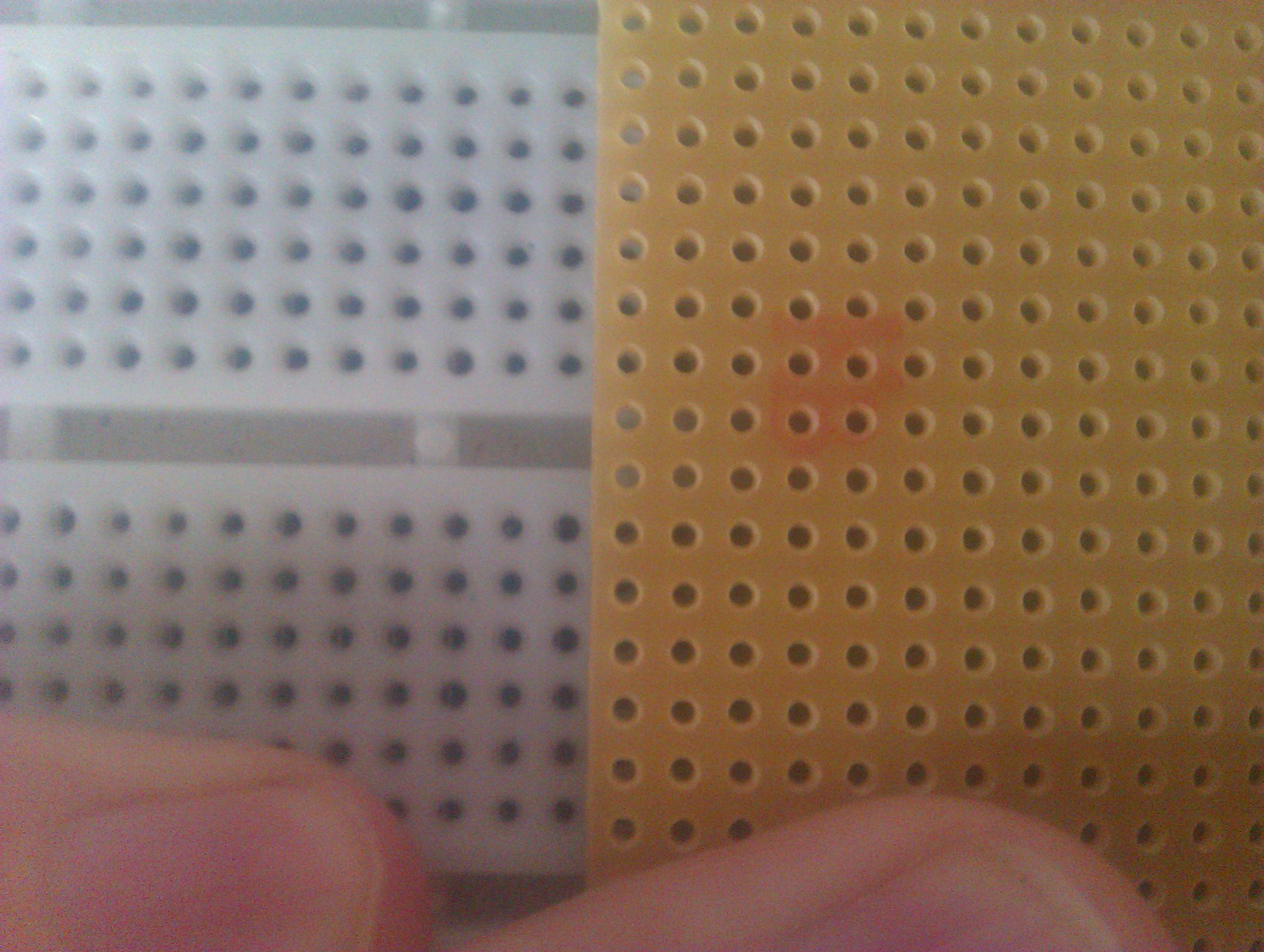 Well, I really can't see how to help you here much.

The number of bus rows depends on the breadboard. Some will have more, some will have less. You'll need to decide for yourself if more or less would be needed. In real world we have constrains such as length of available wires, impedance of the breadboard itself, general tidiness and so on. These could all affect the need for additional bus rows. For example my breadboard which also has 3 main sections has 5 bus rows, one on each side of the component board and another on top of the whole assembly.

As for spacing itself, to me it looks good.

As for the top view, I think that it is most important to make it very clear which side of component is which (especially for LEDs). If you do that, I don't see why there would be any problems with top view only.

About the update: The main concern with breadboards is that they can get messy very quickly. Having more bus rows would make it easier for users to make more complicated circuits without having jumper wires everywhere, so yes I think that more buses are needed.

As for the curving wires, well they could be both good and bad. If they're nicely done and allow user to precisely curve them (or have a good auto-curving algorithm) they could make less mess. In some cases, they could make even more mess (just like on real breadboards). For example what's going to happen if you have wires which should go over other wires? It could be difficult in some situations to figure out which is which. Also make sure that user has several different wire colors available!

Another thing that came to my mind is that it would be nice to have option to highlight the component when mouse is hovering over it and display some information about it. This could help with the eventual mess which is going to appear on the breadboard as the circuit gets more complex.

Not the answer you're looking for? Browse other questions tagged design breadboard or ask your own question.

2
Is my breadboard faulty?
6
Breadboard component layout design
0
Is this a breadboard?
4
Breadboard layout question
3
I'd like to improve this design to support ICSP
4
How to capture analog signal from a speaker magnet?
2
Connecting Sensors To A Production PCB