This evening I attempted to measure the voltage off of a transformer used for detecting RF currents. This transformer was implemented as a single turn of conductor, through the center of a toroid wound with over a dozen turns. (The toroid came pre-wound, but AFAICT it's simply a bifilar winding with a center tap.) 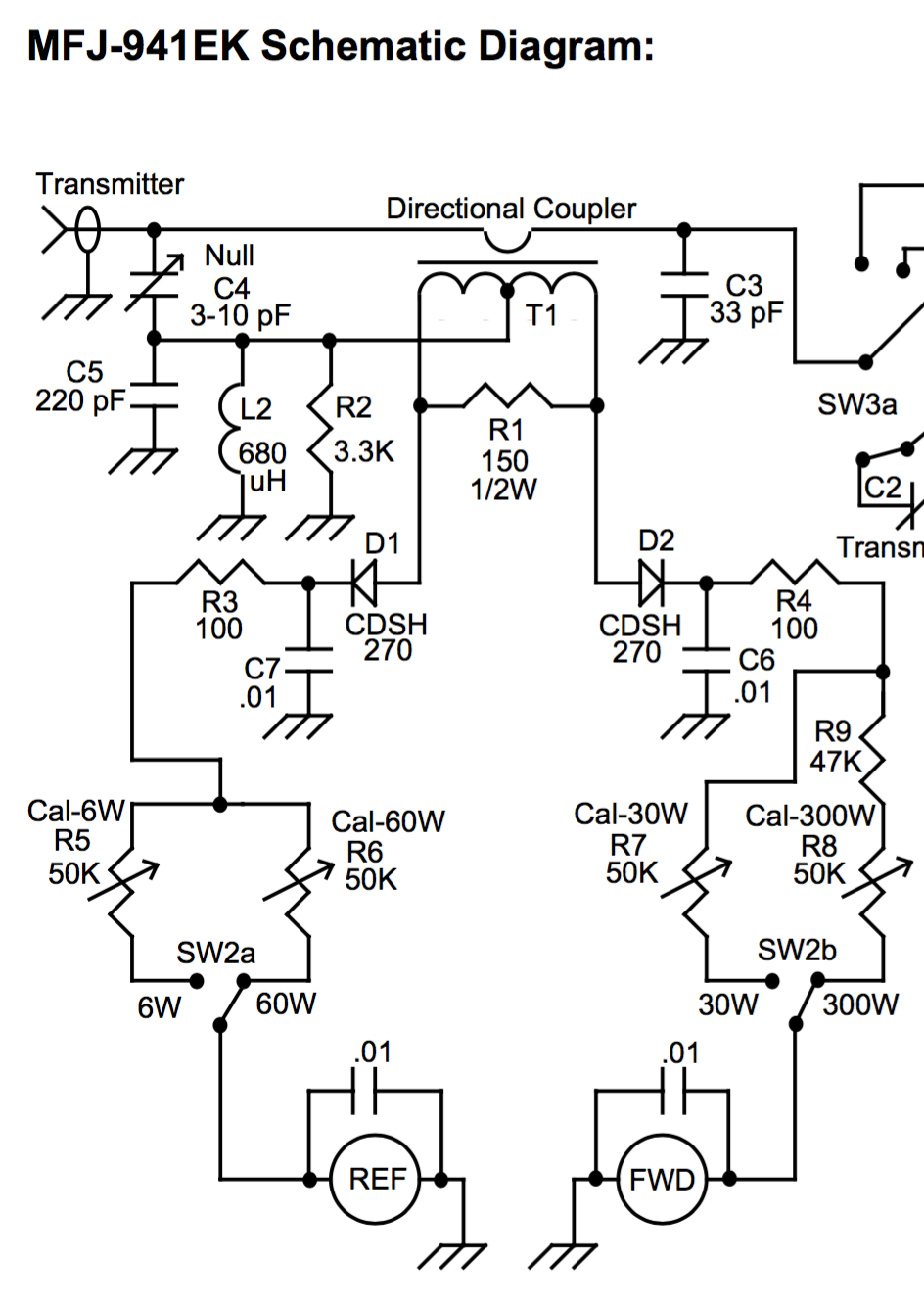 But when I put about 30Vpp of signal into the primary of T1, at about 14MHz, the voltage I measured on all of the secondary ports (e.g. I was measuring at R1 and R2, referenced via the other scope probe to the same chassis ground as the input) was much, much less than the input — maybe more like 2Vpp! It seemed like I had barely any more voltage on the secondary side of T1 than I could measure on the case itself via the second probe's tip.

How could this be? I understand that there would be very little current available, but with my scope's typical mega-ohm input impedance I shouldn't expect that to be a factor, right? Likewise any voltage drop caused by the rest of the circuit, even if it the circuit is faulty, should also not be affecting the measurement, right?

To be clear, my scope and probes are both supposed to be capable of measuring to 100MHz. I can see the input signal (measured at "transmitter") just fine at 30Vpp, it is only the output of the transformer T1 that is so severely reduced in voltage (rather than multiplied!).

The output voltage is also a function of the resistance attached to the secondary of the transformer.

If you apply 30 Vpp to the input and the load is 50 Ω you'll have about 600 mApp flowing in the transformer primary. An ideal 1:10 transformer will reduce this to 60 mApp, which will then develop about 9 Vpp across the 150 Ω resistor. However, as you note, this transformer is far from ideal, so you measure a lower voltage.

In addition, making a single-ended measurement from one end of R1 to ground isn't going to tell you much. The whole secondary circuit is basically "floating" with respect to ground. You need to make a differential measurement directly across R1.

Not the answer you're looking for? Browse other questions tagged rf transformer oscilloscope or ask your own question.

0
Using a 5KVA step-down toroid transformer as a step-up transformer
6
Winding method for barrel wound secondary center-taped EE core
0
Modifying switching power supply to produce any voltage(s)
0
About CT secondary winding on toroidal transformer
1
Questions about SMPS Toroid winding
0
Interleaving in litz wire transformer - to be or not to be?
4
Why my Toroid Isolation Transformer has 112.3v to soil
0
Why is the transformer secondary winding voltage higher than expected?